The power of a good, honest pop cultural obsession is that as more necessary items from your younger years slowly disappear, you start to tether to markers. Whether it’s songs or film or books or whatever other medium you choose to tick down time, eventually it becomes the measure of what mattered and didn’t. You can look back at a year’s film release slate from a key time in your own life, and, if you’re really down the rabbit hole, you chart out where you were, what other films were playing at the time, who you saw it with. Who you were when that film saw its release.

All this is to say that a particularly strong set of memories is associated with an anniversary this week. To be exact, it’s the 10th anniversary of Eli Roth’s Hostel, or at least the film’s theatrical release. What’s odd to consider in hindsight is that, for all its infamy in some circles, Hostel showed up to the torture porn party (the worst kind of party) later than most of the films that cemented that nasty period in American film history. By the time Hostel arrived on the scene, the Saw films were already gearing up to race themselves into mediocrity, Haute Tension had revived the noble tradition of terrible overdubs of foreign films, and a number of vicious productions both domestic and foreign had already shoved against so many long-held boundaries. And yet, Hostel was one of that moment in film history’s biggest hits.

It’s among the most melodramatic hooks in the world to invoke 9/11 as a “where were you when” inroads to talk about pop culture, but it’s essential here, and if Jurassic World can make a planet tolerate Michael Bay-level product placement just because it winkingly acknowledges the crassness of the whole enterprise all the while, so shall I delve into a style of hot take that mercifully died off a few years ago while admitting to the very same. But honestly, 9/11 explains a lot of American cinema in the mid-aughts, the time around which filmmakers got around to taking it on whether literally or obliquely. And early 2006 was still at the tail end of the period where we wrung hands over the idea of entirely eradicating World Trade Center imagery from movies out of a cultural inability to process the horrors of that day. 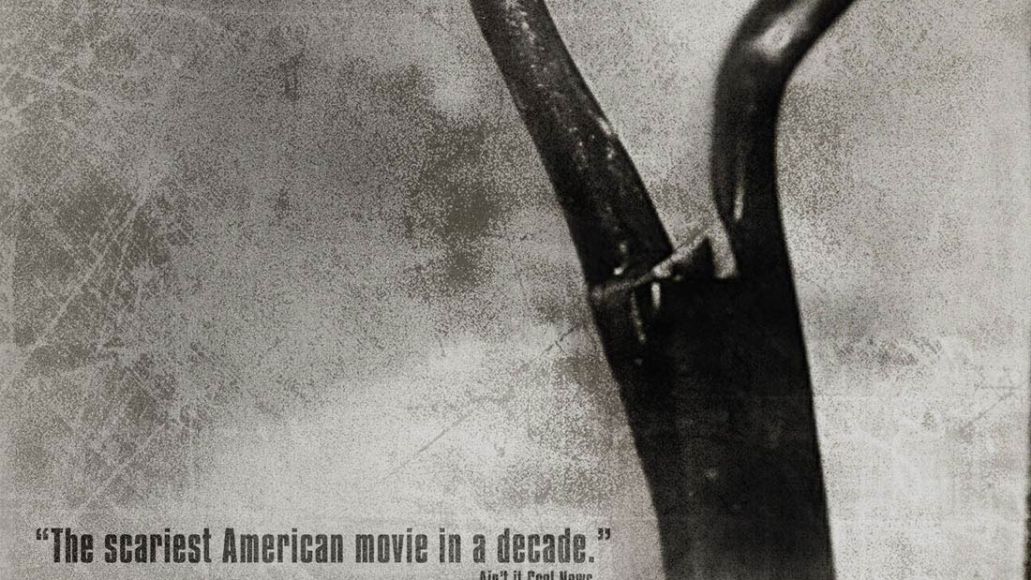 Instead, we dived into all manner of odd ephemera, trying to find ourselves and what our world would be going forward in the rubble. And all sorts of weird stuff happened. A Michael Moore documentary was a nine-figure summer blockbuster hit. For that matter, a documentary in which Morgan Freeman talks about penguins drove us out to theaters so we could all sit and marvel at nature like a stoned, slack-jawed college student with a day off. Toby Keith became a real-life South Park commentary and made millions and spoke for millions more in the process. And most curiously, torture porn broke out as a means of cultural catharsis, of engaging with the fear and anger and violence bouncing around our heads more than usual during that time by splattering it all over multiplex screens.

Now, let’s be clear on something: Even though there’s a lot of dialogue that can be read into the torture porn boom, part of its success was and always will be indebted to the base thrills of watching attractive young people die in especially visceral ways that even the most depraved slasher films generally wouldn’t approach. Usually after fucking, sometimes during. But the brutality was the difference. It’s not like Final Destination movies weren’t still being pumped out during this time, but a film like Hostel was different. It was a jolt. Even if its quality is eternally debatable thanks to the intractable “well it succeeds at what it sets out to do” argument, Hostel showed a still-largely-unprepared audience all kinds of things it hadn’t seen before.

Especially if you were a teenager getting a crash course in the upcoming schisms in society thanks to a lot of the popularized punk rock of the time and the general agony or ecstasy of living in the Dubya-era United States. The whole era was a weird time to be young, because it was really the beginning of the very current tendency to evangelize one’s politics. It’s not that this is a new concept, so much as it became a lot more fervent. It was no longer enough to mainline garbage cable news, one had to get all their friends and loved ones watching, to enlighten them as to what was really going on. It was a world where Lee Greenwood’s “Proud to Be An American” could be piped in over crackling junior high school PA systems for months on end, daily, and nobody ever really stopped to interrogate how surreal the whole thing was.

To be young (or at least politically aware) in that time was to be cast through a looking glass unaware. Nothing would be the same again, and nobody really knew it. So we retreated into increasingly peculiar comforts. We chased reality shows that grew more and more perverse until a world was built where The Swan and The Moment of Truth could exist. We marvelled at the extremities of shock television like Jackass and its ilk more than ever. We all got really into Sean Paul for a while for some reason. And we flocked to theaters to watch human bodies pushed past extremes. In the case of Hostel, we grappled with an idea that people always had in the backs of their minds but never really had to engage with: the rest of the world hating us. The events of 9/11 blew that open, and for all the films of that fallout that engaged with it some way, none was blunter than Roth’s.

After all, Hostel is about a series of quintessentially American rubes who have their bodies abused beyond polite comprehension for being American rubes, more or less. There’s an eerie, “walk to the gallows” quality about the film’s first 45 minutes, when it’s just the most nightmarish version of Eurotrip imaginable. While we can debate all day over the relative merits of making a film about how much a bunch of dumb but generally well-meaning people deserve to die, given that Roth’s The Green Inferno fucked that up about as badly as a film can just a few months ago, Hostel trades on a totally plausible nightmare: a bunch of horny young men, long told of eastern Europe as a haven of quasi-legal prostitution, are purchased as proxies in a torture game for the most affluent men in the world.

It’s a constant and uniquely U.S.-minded fear, the homogenous bubble of relative freedoms and safety being under perpetual attack from somebody somewhere else, but Hostel makes it even more literal than a film like Taken, which in itself is a film about Liam Neeson killing his way across France with his hands to destroy villains of assorted ethnic origins. Hostel takes the generalized phobia of being dragged out of one’s illusions of safety and ends it in a woman running around with an eye hanging out of her face before being killed by a moving train. It’s a film about how safety is nowhere, about how even the most well-meaning and delusional among us could be destroyed at any second.

In this way, it’s uncomfortable cinema, both in the most explicit visual senses and in its thematic considerations of international politics being boiled down to “the rest of the world is scary, huh?,” but Hostel also retains a certain power for these exact reasons. It’s very much steeped in the paranoia of the time in which it was made, and in the sadism as well; faced with leaked pictures from Guantanamo Bay, dubious justifications for continuous wars abroad, and a daily reality of 9/11 clips ad nauseum and images of violence domestic and elsewhere alike, audiences found films through which they could channel fear and frustration. And so it was that, at least for a little while, a horror geek with one cult curiosity to his credit tapped into the zeitgeist in some of the most nihilistic ways imaginable.