In 2002, a bipartisan group of three Republicans and four Democrats led by then-Senator Joe Biden responded to growing public concern about MDMA use. A flurry of legal pressure had risen from the drug-related death of 17-year-old Jillian Kirkland, who passed away after an evening at New Orleans’ State Palace Theatre in 1998. Nearly four years later, the Reducing Americans’ Vulnerability to Ecstasy Act, aka the R.A.V.E. Act, was referred to the Senate Committee on the Judiciary.

The loosely worded act was an extension of the 1986 “Crack House Statute,” under which promoters and event organizers could be charged with “maintain[ing] a drug-involved” premise. Wondering what that phrase actually means? So have US promoters, venue owners, advocates, artists, and fans since a slightly augmented act — the Illicit Drug Anti-Proliferation Act — was tacked onto a 2003 Amber Alert bill, which passed without a vote or much debate. Like most US drug policies, the act has hindered true harm reduction within club and festival culture.

During what has been reported as the plateau of MDMA use and resultant hospitalizations in the US, the DEA sent baby-faced undercover agent Michael Templeton to the site of Kirkland’s death to acquire a firsthand account of the environment and the interactions between club owners, drug dealers, and revelers. During a six-month period in early 2000, Templeton and a fellow DEA agent were able to, according to a Time report, purchase 45 hits of ecstasy. Instead of arresting any of their dealers, the DEA and the New Orleans Police Department gathered info to prosecute State Palace managers Robert and Brian Bruner, as well as promoter Donnie Estopinal, aka Disco Donnie.

The feds weren’t just building their case on the ecstasy hits, but the culture itself: uptempo beats, touching and massaging, glow sticks, availability of free water, and even the energetic style of dancing. “The country was a lot more conservative and much less open-minded,” remarks Estopinal via telephone about the era. “Scary times in this industry … [we] didn’t know who would be next.”

Unable to convict any party under the Crack House laws, the government pushed for new regulations that would allow for easier prosecution. By naming easy access to free water and “chill rooms” as indicators of drug-involved premises, authorities eliminated two primary harm reducers in order to make their next arrests. While the Illicit Drug Anti-Proliferation Act has yet to be used to successfully prosecute a single promoter or venue owner, the lack of those harm-reduction essentials has itself claimed multiple lives.

After heading to D.C.’s Echostage with some of her fellow University of Virginia Alpha Phi sorority sisters on August 30th, 2013, Shelley Goldsmith consumed unadulterated MDMA as many of her classmates had done since heading off to university. Later, she would succumb to hyperthermia, possibly to do excessive dehydration, and eventually die of cardiac arrest at the age of 19.

Eight months later, Shelley’s mother, Dede Goldsmith, would lead the collective efforts to Amend the R.A.V.E. Act. “In this situation, it became very clear that there is a problem with the law, but also a problem on college campuses in terms of identifying and supplying harm-reduction techniques for these substances just like there already is with alcohol,” says Goldsmith via phone. 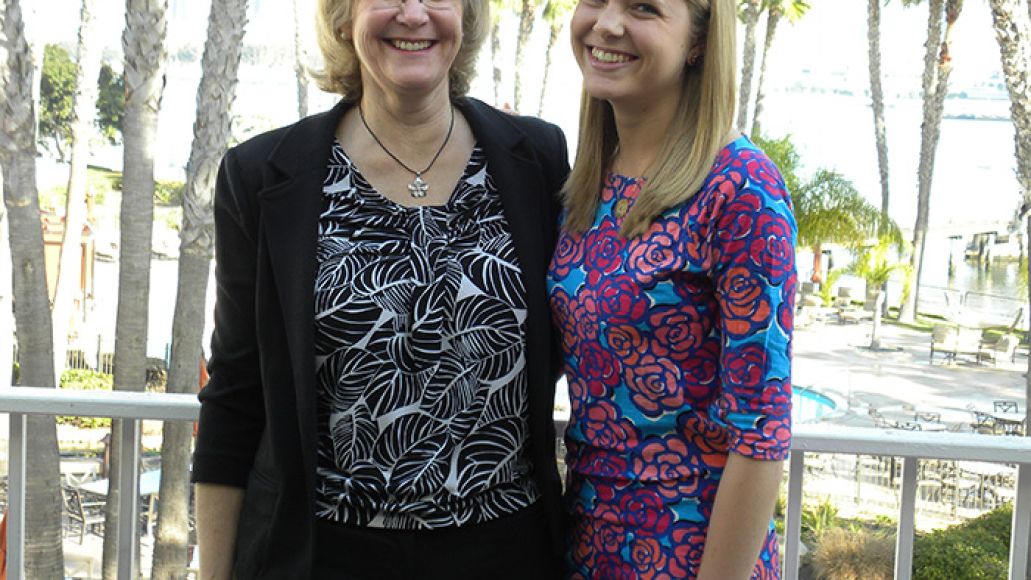 Misinformation about MDMA is rampant. In contrast to underage drinking, little has been done at universities and colleges to properly educate young adults on the risks associated with club drugs. As Goldsmith points out, “[There are] organizations like SSDP (Students for Sensible Drug Policy) that work with more of an alternative crowd, but no one that really reaches out to Greek Life.” Given the increased risk of drug use within the US Greek system, that’s one communication gap that needs to be bridged.

“Everyone feels safe to come together around the drug war. ‘Those evil drugs, we gotta get ‘em,’” quips Multidisciplinary Association for Psychedelic Studies’ (MAPS) Policy and Advocacy Manager Natalie Ginsberg.

Even though we are nearly 50 years removed from the cultural renaissance that was 1968, politicians are still wary of the PR associated with progressive drug reform policies. While Senator Tim Kaine (D-VA) has assisted Goldsmith in officially connecting with the White House Office of National Drug Control Policy (ONDCP), and Goldsmith herself has been appointed to the Virginia Commission on Youth, no legislator has officially supported or introduced an amendment initiative. And Goldsmith doesn’t envision any campaigning politician to support the policy shift in the foreseeable future.

Not until US culture reduces the stigma around recreational drug use will legislators react in kind. “Collective healing spaces are incredibly valuable,” says Ginsberg, who brought that message to the Washington Mall in late November with a Catharsis event that coincided with the 2015 International Drug Policy Reform Conference. There, on November 21st, the collective burned an effigy and danced until sunrise for the victims of the lingering failed drug war. Just as the jazz community fought for relevancy in the 1930s and the hippies again in the 1960s, the dance music community has been fighting for almost three decades to be seen as valid and vital. That standing should be difficult to argue given the dominance of dance-oriented music festivals and rise of transformational events over the last half-decade.

As noted at DrugPolicy.org, “In almost every region of the world … from South America to Europe, and in countries including Australia and Iran, health-centered drug policies are being implemented that are proving to be remarkably more effective at improving public safety and health than outright criminalization.” Stated more bluntly by Disco Donnie, “Europe and Latin America have enough going on that they don’t have to worry about kids dancing all night.”

“Sitting at the back of Shelley’s toilet in the dorm room was [a list of] warning signs of alcohol poisoning,” recalls Goldsmith. “We are dealing with recreational drug use. We are not talking about addiction, and part of the discussion goes to the substance abuse centers on campus. Let’s start calling them substance use centers, and let’s start talking about what it is and not what you think it is.” At the moment, Goldsmith speculates that college campuses are reluctant to teach harm-reduction techniques in fear that parents won’t send their children to a school that “condones” drug usage — essentially turning a blind eye to a major campus health and safety problem. 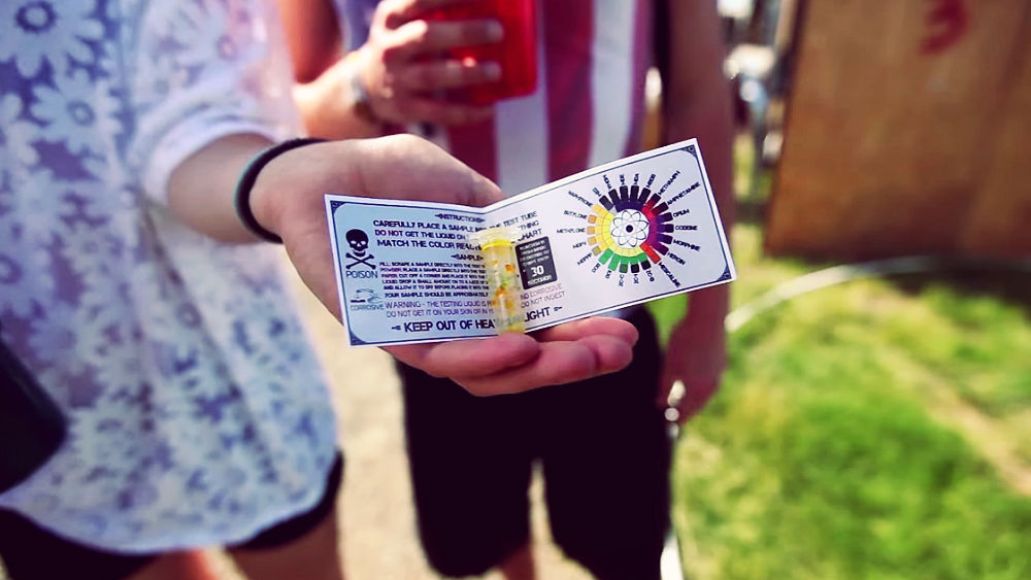 According to Adam Auctor, founder of the substance testing kit distributor Bunk Police, “Every time something is added to Schedule 1, there are three to follow it.” As the number and danger of these adulterants increase, testing kits are becoming a necessity for those looking to experiment with MDMA. For around $1 per use, plus a small sample of product, users can eliminate the risk of consuming adulterants and properly gauge dosage levels to minimize unwanted side effects.

“Instead of writing a letter and asking for permission, we just go in and do it anyway,” remarks Auctor on the Bunk Police’s guerrilla, onsite drug-testing efforts at major festivals across the US. Possibly facing jail time, Auctor and his team understand that peer-based education is vital given the current environment and often the most effective in reaching young adults.

This has been the primary drive for San Francisco’s DanceSafe for nearly two decades. Back in 2003, the mere presence of a DanceSafe booth could have led to an event being shut down. That’s a major concern for Goldsmith: “I can see Shelley, in her cute, little outfit, going up to someplace like DanceSafe in a club and grabbing an informational postcard and reading it — she knew how much I loved postcards.” Within that information packet, Shelley would have discovered the risks of overheating and dehydration associated with MDMA in hot environments, and easy techniques (like drinking adequate amounts of water and electrolytes normally available at the booth and finding a chill-down area) that could possibly have saved her life. While DanceSafe has been welcomed onsite by the likes of TomorrowWorld, Summer Set, Movement, and Electric Forest, far too many organizers still feel pressured by the R.A.V.E. act to keep their venues clear of these educational, harm-reduction endeavors. 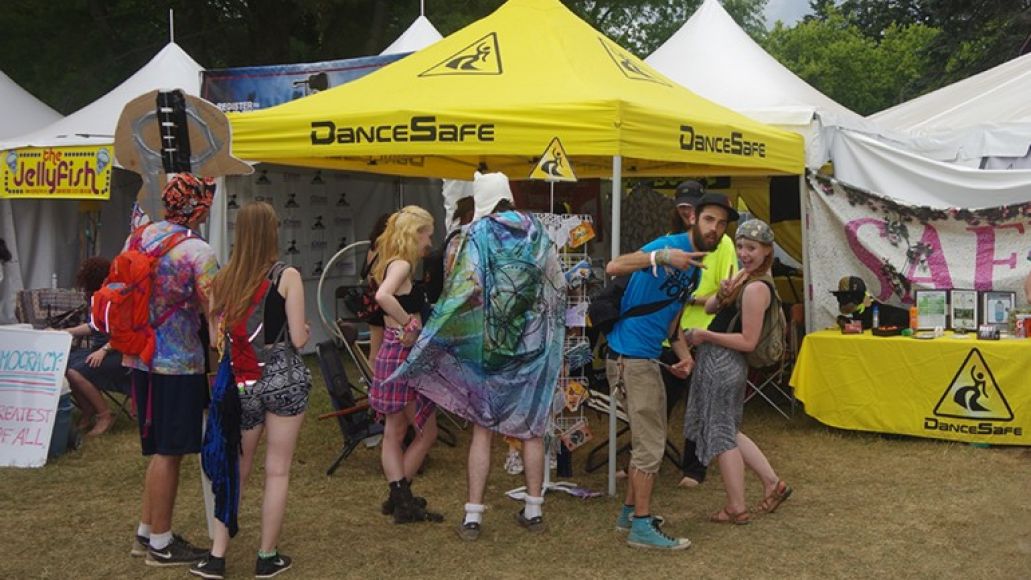 According to Joe Biden himself, the act was never meant to impact event promoters the way it has: “The purpose of my legislation is not to prosecute legitimate law-abiding managers of stadiums, arenas, performing arts centers, licensed beverage facilities, and other venues because of incidental drug use at their events.” And, as Goldsmith notes, the policy itself was written with future exemptions in mind. The “Maintaining Drug-Involved Premises” subchapter literally starts with the phrase “except as authorized by this subchapter,” yet, despite the thousands of hospitalizations since its enactment, not one exemption has been outlined. “For me,” says Goldsmith, “that says, ‘Let’s make some exceptions here.’ If we can put in a section that says, ‘Providing cool-down spaces and sufficient free water and harm-reduction information,’ then it is a no-brainer, and Amend the R.A.V.E. Act is done.”

Just as President Obama has been able to work around a difficult congressional body to enact new policies impacting issues like gun control, the President, with the hopeful support from Vice President Biden, can quietly include common-sense exemptions without the ignorant fanfare from conservative roadblocks. Instead of enacting TSA-like security measures that might push many toward far-less controlled underground raves, which totally lack medical personnel, this would allow event promoters like Disco Donnie to establish harm-reduction protocols without the fear of retaliation from local municipalities, the federal government, or overly cautious insurance companies.

This April, legislators, NGOs, academics, and members from the international scientific community will meet in New York City for a special session of the United Nations General Assembly to discuss and establish goals for the worldwide drug problem. It will be a monumental occasion for US lawmakers to debate progressive policies with Latin American and European members and for those affected most by these policies to make a palpable statement of protest to UN stakeholders and the media alike.

Disco Donnie asserts that in 10 years, we will no longer be having this conversation. Legislation around MDMA will progress just as recreational marijuana has become destigmatized over the last generation. But for young adults who suffer dehydration and heatstroke in over-packed clubs with over-priced water, the wait is simply far too long.

The Drug Policy Alliance offers the must-read “10 Facts About MDMA”; Erowid and Bluelight also offer insights for those looking to increase their MDMA aptitude.  For event promoters and venue owners, DanceSafe has a common-sense guide for “Managing Drug Use at Your Event” available as a free download.

How Misguided Drug Policies Are Failing the EDM Community