When bittersweet is used to describe something, it’s usually with the sense that the negative detracts from the positive, the bitter lessening the sweet or the pain shadowing the pleasure. But bittersweet doesn’t have to be less than anything. At Majical Cloudz’s sold-out appearance at the Masonic Lodge at Hollywood Forever, bittersweet felt more like a balance, where sorrow needed elation, humor alleviated sadness, and beauty didn’t run like a faucet. Rather, it was measured and distributed.

Choosing rising Montreal duo She-Devils as tour support made sense on multiple levels, including the basic facts that the Cloudz crew has consistently praised the pair of Audrey Ann and Kyle Jukka, going as far as having Cloudz’s own Matthew Otto helping mix the She-Devils EP. But there is also a clear sonic connection between the two acts. Both feature a singer performing over electronic effects (with She-Devils more sample heavy), and both allow the vocals to stand in a disarmingly bare space, where the audience has little option but to focus on the words and connect to the emotional openness. She-Devils, though, are still finding their footing; the mix was a little flatter than the headliner, resulting in Ann and Jukka sometimes sounding disjointed. But the group has both strong songs and an intriguing aesthetic that hints at David Lynch, ’60s lonesome pop ballads, and cowboy country, providing an intriguing canvas for their technical abilities to catch up to. 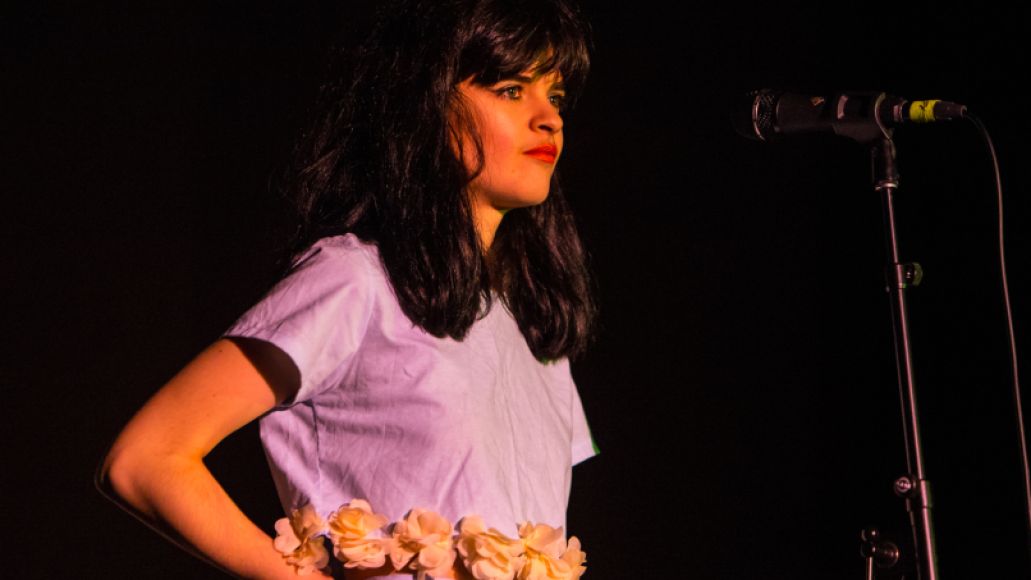 The opener also worked as a foil for Majical Cloudz, with the initial impression of opening track “Disappeared” being of how great the pair of Otto and Devon Welsh sounded, Otto’s nuanced electronic flourishes padding the lows and the highs of Welsh’s voice. And the performance wasn’t simply a recreation of the albums. A song like “Silver Car Crash” removed the music’s noisier moments and instead found Welsh hooting and screaming at the song’s recurring crests. Sure, it detracted from the prettiness of the song, but again, that didn’t have to be a bad thing.

One of the most functional aspects of the live set was Welsh’s between-song banter. It was strategically awkward, with Welsh often putting into words what was going on with the band in the most literal of ways. Statements often amounted to little more than “we’re going to keep playing,” and there was a particularly candid speech explaining that concerts have a finite number of songs and that the audience should trust that the band knows when it should be over. It was all incredibly charming, but even more so, it gave a much-needed reprieve from the weight of the duo’s songs. Majical Cloudz can be a devastating experience on record and even more so live, but rather than getting a crowd into a room to have everyone cry into their beers, Welsh and Otto want there to be joy and pleasure in the experience, too. 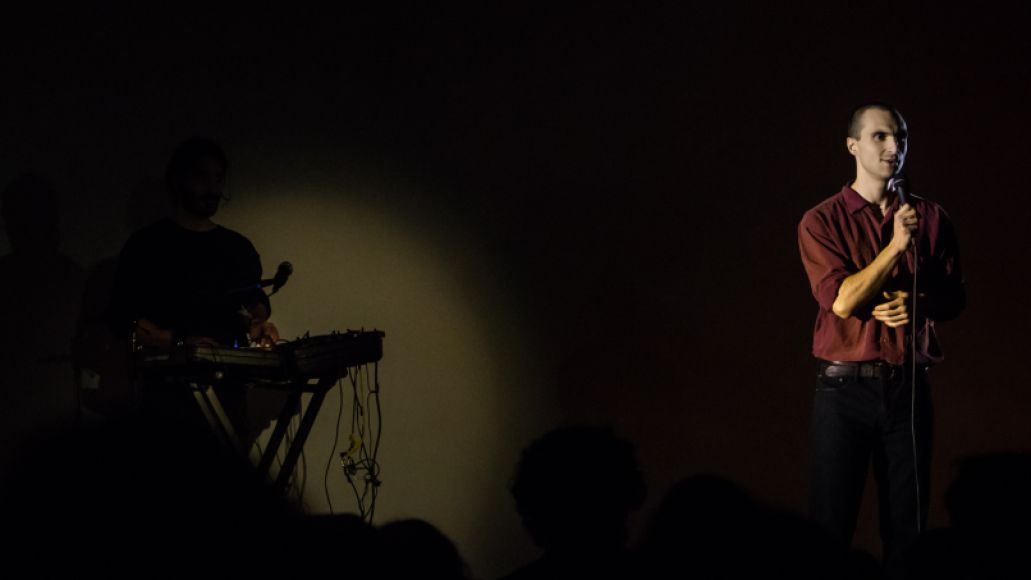 This came to a head during “If You’re Lonely”, which Welsh explained has a happy ending, a rarity in a Majical Cloudz song. And when that ending arrived, with Welsh singing, “So if you’re lonely/ You don’t have to be all alone/ No one has to be that way/ No one has to be afraid of being loved,” the singer incited the audience to clap along to the beat. Welsh wore his smile large and proud, plainly stating, “That was a good clap,” happy to create a moment of unexpected catharsis. On a night full of memorable musical moments, including his own soaring vocals during “Downtown”, that one stood out because it put everything else in balance. If the evening felt bittersweet, it was because the emotions induced were honest and real. Life is bittersweet, so why shouldn’t the best concerts follow suit?

Setlist:
Disappeared
Are You Alone?
Heavy
Childhood’s End
Silver Car Crash
If You’re Lonely
Savage
I Do Sing for You
My Heart Soaks Up Every Drop of Your Blood
Bugs Don’t Buzz
Downtown
This Is Magic
Silver Rings