Barcelona’s Primavera Sound has revealed its 2016 lineup, and as usual it’s a doozy. 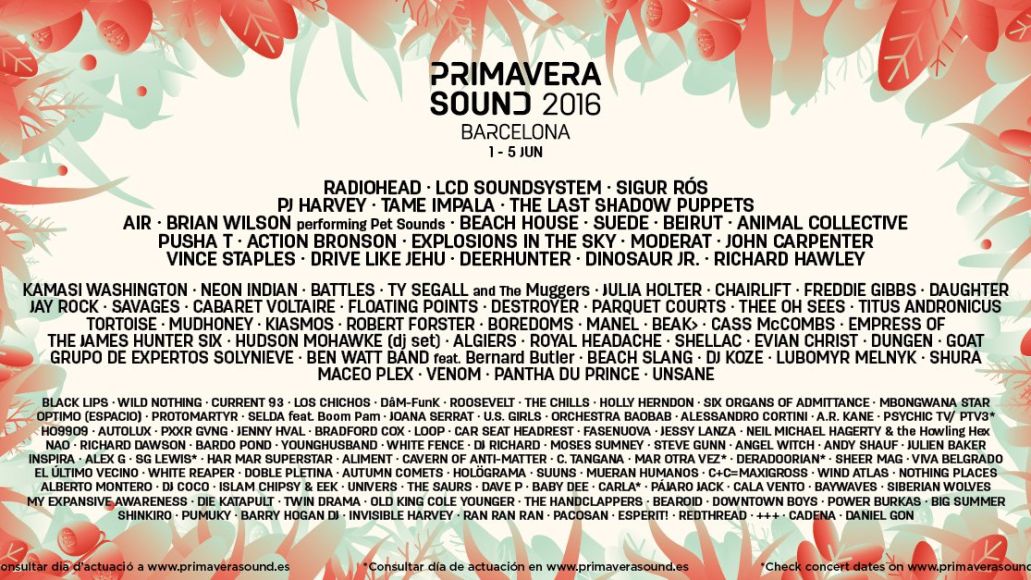