Last night, for the first time in his forty year career, Prince performed a solo concert. And then he did it again. The Purple One held the first two shows off his Piano & A Microphone residency at his Paisley Park estate, and by all accounts it was what you would expect from an intimate evening at Prince’s house: candles, silk pajamas, and a very sultry soundtrack.

According to Rolling Stone, Prince performed in purple pajamas amid the glow of candles and smoke machine-generated fog. His setlists touched on all eras of his career, ordered somewhat chronically, and included at least one song from each of his first 10 albums. He kicked off his first show with his theme for Batman, and also covered Joni Mitchell’s “A Case of You” and Ray Charles’ “Unchain My Heart”.

Throughout the two shows, Prince shared vary anecdotes from different points of his life. He recounted his early desires to follow the lead of his father and play piano, and how he almost flunked an audition to be keyboardist for eventual Revolution member Lisa Coleman.

You can read a full account of last night’s performances at the Star Tribune, and see the two setlists below. There’s also a photo of what the stage looked like prior to Prince taking the stage. 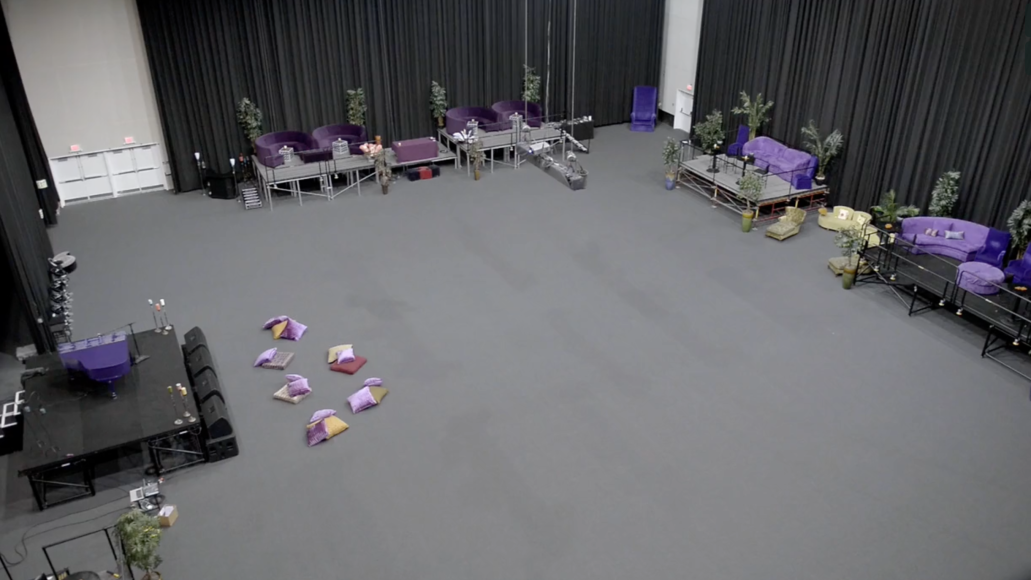 Early Show Setlist:
Batman
Who’s loving you
Baby
I Wanna Be Your Lover
Dirty Mind
Do Me Baby
Something In the Water
Free
A Case Of You (Joni Mitchell cover)
Sometimes I Feel Like a Motherless Child (Paul Robeson cover)
The Beautiful Ones
U’re Gonna C Me
How Come Your Don’t Call Me
Condition Of The Heart
Venus de Milo
Raspberry Beret
Paisley Park
Sometimes It Snows in April
Eye Love U But I Don’t Trust You Anymore
The Ballad of Dorothy Parker
Unchain My Heart (Ray Charles cover)
Baltimore
Rock and Roll Love Affair
Starfish and Coffee
The Breakdown
Anna Stesia

Late Show Setlist:
Wow
The Love We Make
Look at Me, Look at U
1000 X’s and O’s
Call My Name
Purple Rain
The Dance
Te Amo Corazon / A Million Days
Nothing Compares 2 U
How Come You Don’t Call Me Anymore?
The Ladder
I Wanna Be Your Lover
Raspberry Beret
Starfish and Coffee
Sometimes it Snows in April
Dear Mr. Man
A Case of You (Joni Mitchell cover)
Kiss
Black Sweat
Free Urself