Simon and Garfunkel’s Sounds of Silence was released on January 17, 1966, and the album is a work of finely expressed folk. It’s arguably the duo’s big breakout, a crossover success with some handsome hits.

Sounds of Silence rode the folk-rock wave to exciting highs, with commercial slickness unrealized in the duo’s previous efforts, and it’s lasted in a curious way for its pop cultural second life in comedy.

For this latest anniversary edition of Dusting ‘Em Off, Consequence of Sound has assembled a fresh-faced new duo by the name of Goble and Bray. They haven’t expressed frustrations over differences in their art, so their partnership is a rock, not an island.

Blake Goble: Yes, yes, this is a little memetic at this point, but let’s really take a moment to listen. The simple back-and-forth of a guitar. And then the whispery calm voices open up in unison.

Fascinating, huh? How a single tune, no, the beginning of one, can conjure up a million different connotations, feelings, and vivid images. Whether it’s the soft-spoken stylings of folk-rock’s most finely harmonized duo, the jaded angst of a whole decade, or the existential dread of the oldest Bluth brother, that song is still talked about and fascinating to this day. That’s probably 83% of why we still reference the Sounds of Silence and the sounds of Simon and Garfunkel.

And yet Sounds of Silence remains fascinating for its popularity, its genesis, and its differences from Wednesday Morning, 3 A.M. This album was secretly mainstreamed by Columbia Records with electric guitars and studio sounds, unbeknownst to the pair. It featured re-hashed material, and spoke awkwardly to the creative differences of the duo (especially when considering how Simon wrote much of it while living in London). And yet, the album plays on, having just been added to the Library of Congress in 2013, while the catchy title track remains a popular hit.

Bray, I gotta ask, how did you come to Sounds of Silence? I got into Simon and Garfunkel more or less by way of Mike Nichols’ The Graduate. Typical. But boy were they fun to listen to and lavish once that door was opened.

Ryan Bray: I wish I could sit here and come up with a cool story about how I discovered Simon and Garfunkel, but I’d be lying. The Graduate is such a classic inroad to the duo, and Sounds of Silence in particular, and I’m just one of the film’s many victims. For the sake of context, I fell pretty hard for ‘60s and ‘70s film during my freshman year of high school. Many hours were spent wading through classic chestnuts of American cinema’s golden age, so it was only a matter of time before I found my way to The Graduate.

As cocksure as the film is from just about every conceivable standpoint, from Nichols’ delicate comic touch to Hoffman’s legendary performance cornered somewhere between a rock and a hard place, the soundtrack was a light touch that made the film a really unique movie-going experience. Paul Simon and Art Garfunkel didn’t simply slip a few earworms into the picture, their songs effectively serve as narration, guiding the viewer through the film’s ebbs and flows.

The way the music worked in concert with the film made a pretty big impression on me, which is saying something for a then 14-year-old kid who proudly cursed anything that wasn’t punk rock or hardcore. As such, Simon and Garfunkel were among the first acts to slowly draw me out of my isolated punk cocoon. First came Sounds of Silence, while 3AM and Bridge Over Troubled Water quickly joined my record collection in short order. 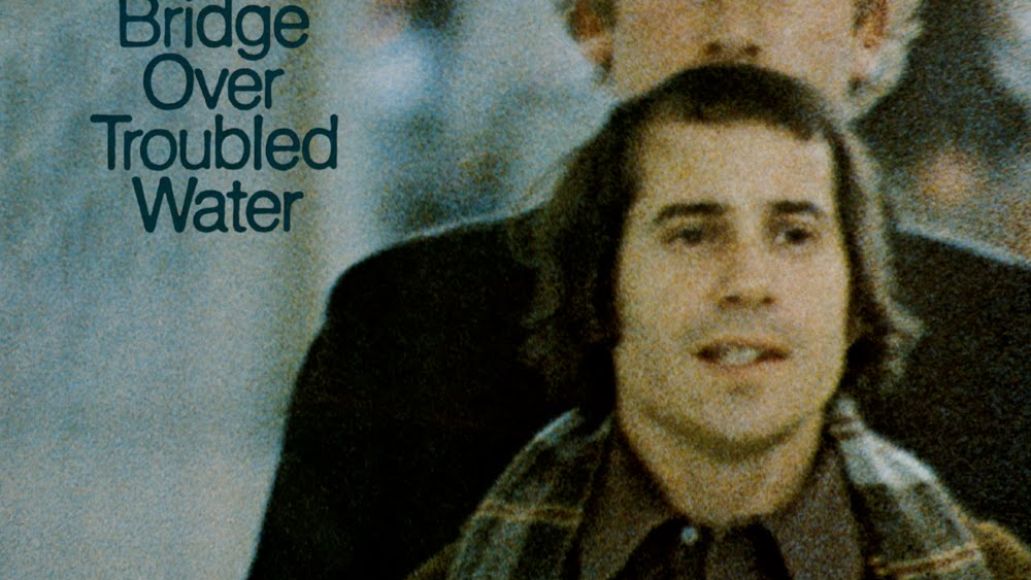 Blake Goble: Maaan, I could listen to Troubled Water over and over for hours and hours … but I digress.

Ryan Bray: It might not be the most unique or original “How I discovered Simon and Garfunkel” story, but I remember hearing Sounds of Silence for the first time like it was yesterday, so that counts for something. It’s been some time since I’ve really given Sounds of Silence a good listen, but what I’m reminded of is just how cinematic it seems. I’m sure that wasn’t the duo’s intent, but The Graduate’s shadow looms incredibly large over the record. It’s hard for me to listen to it without conjuring up visions of Hoffman or Anne Bancroft in my mind. What say you, Blake? Can you parse out one from the other, the record from the film? Or are they both hopelessly intertwined together the way they are for me?

Blake Goble: Curiously enough, yes and no. Yes, when I listen to the title track, it’s so embedded in my filmic, media-mashing DNA, I go straight to Benjamin Braddock’s long gaze, worrying and wondering about his future. The song triggers my mind to wander specifically to images of catatonic woe. Recently, GOB in Arrested Development got a special place on a shelf in my brain (and meme recall area) for this very song’s use.

Blake Goble: However, when I’m listening to Sounds of Silence, the album proper, I’m very much in the poppy, folky, and, at times, even corny ‘60s vibe of that very particular moment for Simon and Garfunkel.

This is the album with the jollity of youthful expressiveness, as heard on “I Am a Rock”. Or the snappy guitars and bass on top of “Richard Cory” and “Blessed”, not to mention the former’s over-produced sound of soft organs, which comes across like something eerily similar to the Monkees. See also: “We’ve Got a Groovy Thing Goin’. You can almost imagine some geeky guy in mod hair and Austin Powers boots playing tambourine to that one.

But this is still a Simon and Garfunkel album, a very popular one. Songs are short, catchy, and above all, crazy sincere. It’s funny how much the title song ties up the album, though, given that it was a previously released track. It just needed steadier footing.

Ryan, does the dating, the obvious time period, help or hurt the album? I think there’s a novel kitsch to it that’s surprisingly infectious. I feel … ugh, mellow when I listen to this.

Ryan Bray: I really can’t hold the context in which the record exists against it. Few artists in the history of popular music can say they played a singular role in shaping the sound of a decade, but Simon and Garfunkel did just that for the ’60s, or at least a very particular strain of popular music that germinated from the era. Whether we’re talking about the harmonies on the title track and  “A Most Peculiar Man” or, as you pointed out, the earnestness of songs like “April Come She Will” and “Kathy’s Song”, we’re talking about a record that helped define ‘60s folk in a very tangible way. Do the ‘60s define Simon and Garfunkel, or is it the duo that helped define the ‘60s? Fuck if I know. Let’s call it a push.

But Sounds of Silence is also indebted to some of the decade’s edgier, darker music that isn’t so closely associated with the duo. There’s a Dylanesque rebelliousness to “Blessed”, which has emerged over time as one of my favorite songs on the record. Similarly, it’s amazing how flagrantly funky the aptly titled “We’ve Got a Groovy Thing Goin'” is. As great as Simon and Garfunkel were, they never won huge points for their coolness. But it’s there on Sounds of Silence. There’s a counterculture presence to the record, even if it’s not that overt. Which circles me back to The Graduate.

Blake, do you see a commonality between the film and Sounds of Silence with respect to the subtle ways in which each pushed the boundaries of their respected mediums? I can’t help but think it is part of the reason why the music and the film complement each other so much. 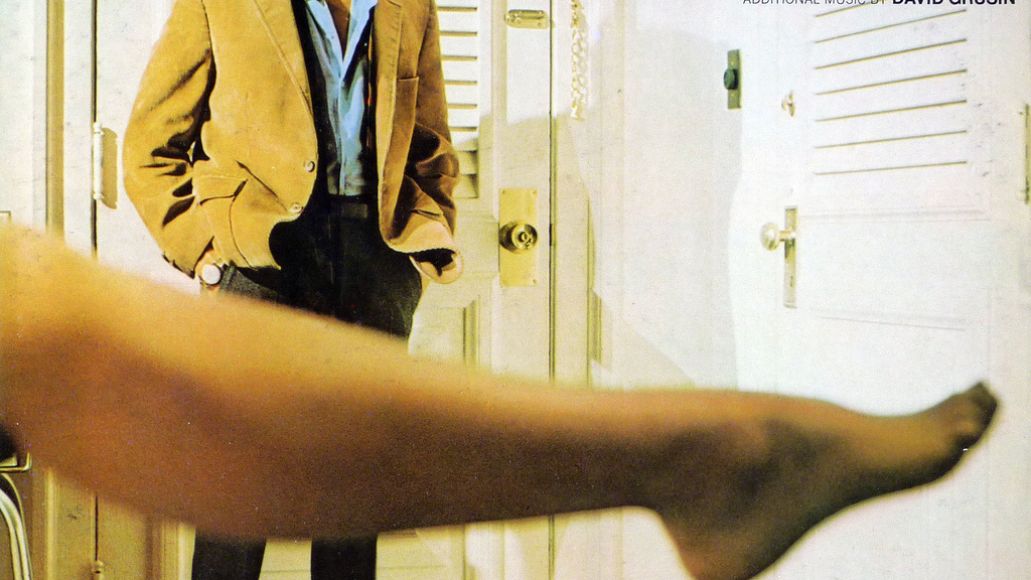 Blake Goble: Oh for sure. Both can be viewed as representations in the change of guard for that decade and shifts towards newer, more vigorous, less stuffy, and less stated popular American art. Look at their peers for a sense of the mood and innovation.

Obviously, Sounds of Silence is folk gone mainstream, but more importantly, this Billboard No. 1 album was a popular embrace of a certain young and fresh sound. Sounds of Silence was also released just months before the pair’s second (!) folk classic that year, Parsley, Sage, Rosemary and Thyme. Both albums showed why in 1966 we got seismic shift albums like Revolver, Pet Sounds, Blonde on Blonde, and tons of other stuff that broke, re-invented, and mastered pop.

The Graduate, meanwhile, is a splendid innovation in modern comedy. Buck Henry and Nichols crafted an arch, witty, morally complex, and still gut-bustingly funny comedy without cheap slapstick or classical screwball gender roles. “Hello darkness,” was a calling card, an anthem, and frankly a breakthrough in soundtrack selection.

The film was nominated for Best Picture at the Oscars for its year along with, get this, In the Heat of the Night and Guess Who’s Coming to Dinner (hot-blooded hallmarks for race relations in cinema), Bonnie and Clyde (masterpiece that used violence in ways never seen before), and that crappy Rex Reed Doctor Dolittle. In ’66 and ’67, being different and clever and unique and expressing a yearning for something new meant something. Oh, to be young and exciting and talented.

Something was in the air in the late ‘60s. 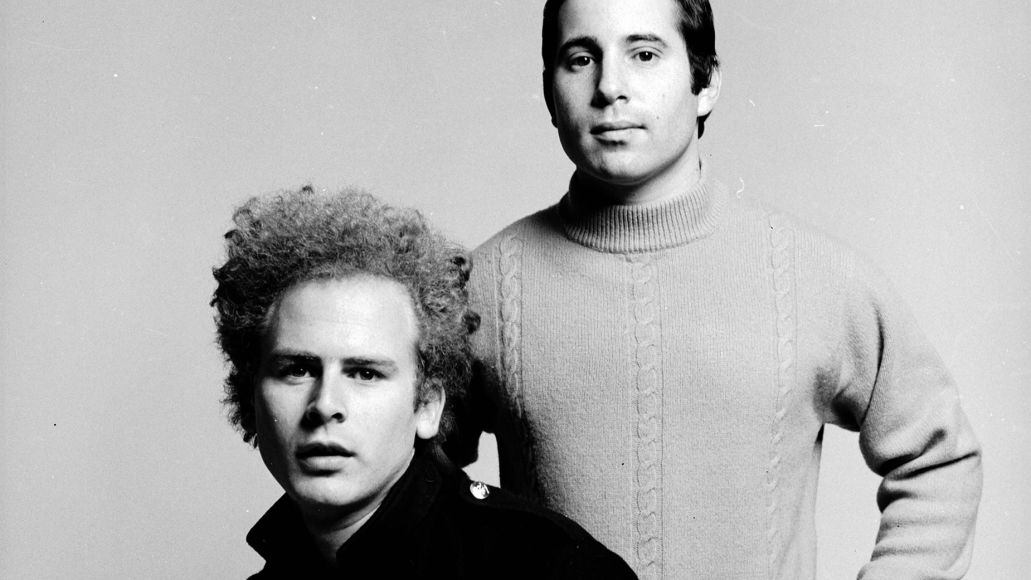 Ryan Bray: I think you nailed it. Going back to how tied in both Sounds of Silence and The Graduate are to their particular time and place in history, there’s a preciousness that comes with being a part of something that’s bigger than any singular piece of art. It sounds cliche to say this, but the ’60s really did represent one, big cultural revolution, and these documents feel like spokes in a giant, progressive wheel that tireless moved forward. The fact that music and film, Sounds of Silence and The Graduate, married together so well only heightened the impact and significance of each. So here’s to you, Mrs. Robinson, for still giving us something to hold on to 50 years later.