Since forming in 2012, SKATERS have played by their own set of rules (or lack thereof). The NYC-based post-punks spent some of their formative years navigating the pitfalls of fame on Warner Bros. Records, but they abruptly parted ways with the label at the end of 2015. Now that they’ve rediscovered their freedom and given their sound some extra space in which to spread out, SKATERS have returned with a new single called “Head On To Nowhere”. It’s a breezy, bona fide ripper that signals big things ahead in 2016, not the least of which is an upcoming show on January 28th at Baby’s All Right in Brooklyn.

Listen to “Head On To Nowhere” and check out the single artwork below.

“Head On To Nowhere” single artwork: 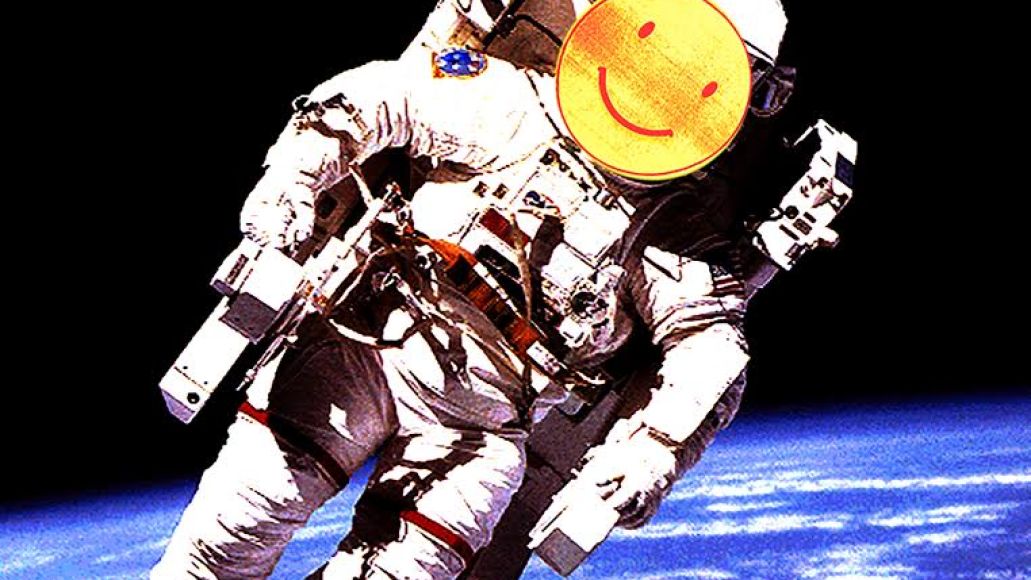 “Head On To Nowhere” follows hot on the heels of two other SKATERS singles, “Save Her Something Special” and Mental Case”. It’s clear that the band has rediscovered its creative energy since parting ways with Warner Bros. In a Q&A, frontman Michael Ian Cummings talks more about that split and clues us in on what’s in store for SKATERS’ future.

I have to start with the big obvious one: So, what brought about the big split from Warner Bros.? Why did you decide you needed to go your own way, and how was the process of actually breaking away?

Well, it was a bit of a process for sure. Unfortunately, things get quite legal when answering this question, so I’ll spare you the details. Instead, I can say that we got a lot out of working with Warner and they did a lot for us that we could not have done on our own. Unfortunately, in a big company like that it’s hard to get things done, and it’s totally unpredictable as to which tasks will get done. We never even got to properly release our first single, “Ms. Teen Massachusetts”, on Warner, which is a shame. You never know when a label that size will spit you out. It’s strange because it’s no one person’s fault, and I quite like a lot of the people who work there, but the system is flawed. It’s not made for growing bands anymore. We got thrown against the wall and we didn’t stick.

It seems like the new freedom has really turned on the jets for the band’s creative output, as well as a shift in sonic direction. Where did this jolt of recording energy come from, and how would you describe the way your music has changed with your recently released material?

This is the part of being in a band I like the most. Making music is actually the gratifying part — the rest is just circus. The circus can be fun, but I don’t want to live there. I’d rather be in a basement somewhere humming up a melody. We went hard for eight months writing everyday or just about. Came out the other end of that with 60-plus songs. There was a true sense of freedom knowing that the record couldn’t be rejected and could always be self-released.

There also seems to be an image change happening along with a musical one. Is that a byproduct of leaving WB and reclaiming your identity, or is it perhaps an intentional alteration to match the band’s somewhat new direction?

We have always had fun with our image and have changed uniform many times. It’s become a reflection of certain little periods we go through. A lot has changed since we started the band and we’re not in the same place as when we were romping around in giant green parkas concealing god knows what beneath. We like a gang mentality, and a uniform to reflect a sound.

Word is you canned over 60 songs in the studio recently, some of which were released as demos during your Advent Calendar event. Will we be hearing finalized versions of any of this material? If so, when/where/in what form?

Only a couple of those Advent songs made it to the recording session this summer. We had to “can” some stuff. There were a lot of songs and we could have made five strong but completely different EPs. The editing process is really hard for me. I just let the other guys tell me what’s good and what sucks. But they are real sweet about it and know I’m sensitive so if they don’t like something we just never talk about it.

Talk about “Head On To Nowhere” in particular. What’s this track about and from where did the inspiration come?

I was going through one of my existential periods and was feeling really unhappy with all the paths that supposedly lead to happiness. Go left, go right, stay home, go out, what’s the difference. I had this unique discontent for any place I found myself, and wished I could just actually go nowhere. If I could find that solitude I would be happy. That’s the cheery story of how I wrote “Head On To Nowhere”.