By most accounts, 2015 was a 50/50 year for comic book movie fare — maybe 65/35 depending on what you thought of Avengers: Age of Ultron. Things kicked off with the surprisingly stylish and entertaining Kingsman: The Secret Service, fluttered a bit with the uneven AoU, hit an apex thanks to the plucky and enjoyable Ant-Man, and crashed and burned on the troubled mess of Fantastic Four. While Kingsman proved there’s plenty of indie books still worthy of big-screen adaptations (especially from Kick-Ass and Kingsman creator Mark Millar), it’s possible that had Ant-Man failed to be a solid movie, superhero fatigue would’ve felt crushing in 2016. Thankfully, that’s not the case, which means the anticipation for this year’s crop of superhero flicks is as high as ever.

And oh, Odin is there a lot to look forward to. DC Comics will finally enter the game as a big contender with two massive team-up features. For the first time ever, we’ll be seeing multiple films set in the X-Men universe in the same year. For the last time ever, we’ll be getting only two new Marvel films. And then there’s a sequel to a bastardization of one of the coolest comic creations ever coming courtesy of Michael Bay.

So are we in for another up-and-down year? Is this when the sheer quantity of comic movies finally wears out the patience of audiences? Or is 2016 going to be the best year of live-action superheroes since, let’s say, 2008? (Sit down with me and talk Punisher: War Zone; it’ll be fun, I swear.) We’ll see for sure as the movies begin rolling out, but for now, let’s take stock of what’s coming down the pipeline. 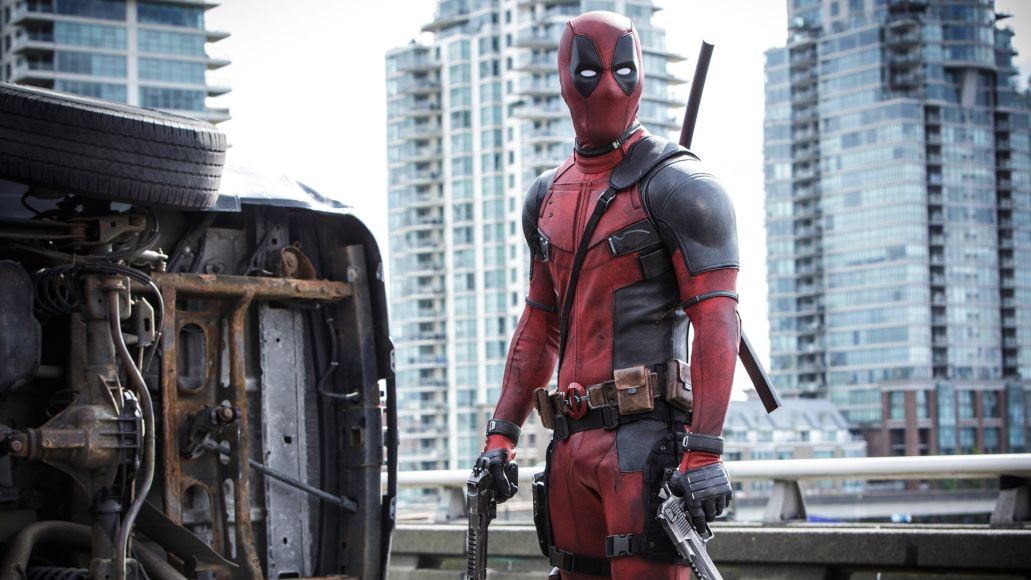 From the outside looking in, it’s hard to believe how right everything seems to be going with Deadpool. It’s one of those wishful-thinking movies that you (and everyone involved) thought would never get made and certainly never in any quality way. Moviegoers have already witnessed 20th Century Fox mutilate the “Merc with a Mouth” once before — to the point where they literally sewed his mouth shut in X-Men Origins: Wolverine — so having them get it right a second time around was almost unthinkable.

Enter Ryan Reynolds. The man’s passion and determination for the project led to the now infamous test footage being shot, the leak of which led Fox to finally greenlight the movie. Amazingly, the studio appears to have kept listening to Reynolds. The film is officially rated R (due to “strong violence and language throughout, sexual content, and graphic nudity,” according to the MPAA), something fans have clamored for since the beginning, as ridiculous violence and sexual deviance have long been part of the character. Yet Deadpool also remains firmly planted in the world of X-Men (and its new, post-Days of Future Past timeline, meaning Origins never happened (yay!)) thanks to appearances by other mutants like Colossus. Filmmakers are even getting that right, as this version of Piotr Rasputin is a towering figure with a Russian accent, just like his comic counterpart and unlike the portrayal we’ve seen in other X-films. Right down to the marketing, which actually spent money on this ingeniously absurd billboard, what we’ve seen so far paints the picture of the bonkers, brutal, and hilarious Deadpool we’ve always wanted.

But that could be a double-edged katana. Studios have long been cautious about the money-making potential of R-rated superhero films, and that’s what initially kept Deadpool in development hell for so long. If it doesn’t turn a decent profit on its comparatively modest budget, it could cool future enthusiasm for similar movies. Not helping things is the fact that it was just banned from China, with sources saying there’s no way to cut down the objectionable content without decimating the plot.

That said, The Dark Knight didn’t see a Chinese release either, and the studio was just fine without it. Besides, from a purely fanboy perspective, this movie isn’t about the money anyway; it’s about watching a clinically insane, fourth-wall-breaking, super-powered badass stabbing and shooting things while making with the funny. On that front, Deadpool looks ready to deliver in bloody spades. 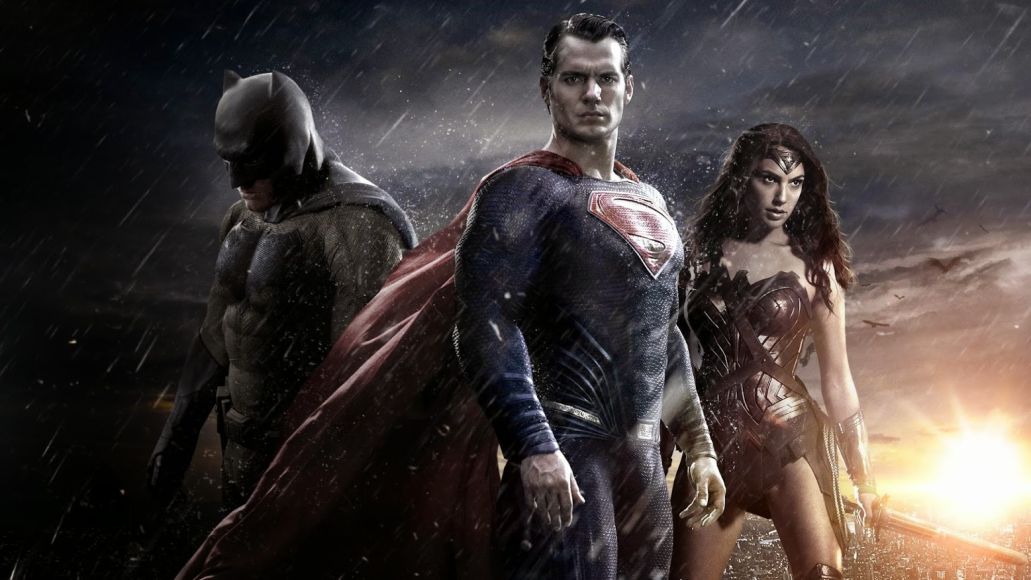 Release Date: March 25th
Company: Warner Bros.
Outlook: Do you bleed? You might.

Without a doubt, Batman v Superman: Dawn of Justice is the one we’ve all been waiting for. Marvel or DC fan, doesn’t matter — the fact that we’re going to be seeing The Dark Knight battle the Son of Krypton on the big screen is chill-inducing. It’s just a shame that, so far, there hasn’t been a lot to inspire pure confidence in what the movie as a whole will provide.

I was probably one of the few who wasn’t immediately put off by Ben Affleck’s casting as Bruce Wayne/Batman. If anything, I was more concerned with Zack Snyder being handed the reins of setting up the entire cinematic world of the DC Extended Universe. Trailers released so far have failed to assuage that unease. Much like Man of Steel and the movie’s own title, BvS:DoJ looks to be overstuffed: Big effects, thin characters, and loose plot all serving to get iconic characters creating lots of destruction and explosions up on the screen. I’m super intrigued by the Batman storyline, what with the Robin suit hinted in the trailer. Unfortunately, it’s worth wondering how much of that can really be explored in a film that also has to carry his fight with Superman, the introduction of both Wonder Woman and Aquaman, and the actual battle with Lex Luthor (apparently played largely with clowning unappeal by Jesse Eisenberg) and his monstrous creations.

And oh, the monstrous creations. Did Snyder/WB really have to reveal Doomsday? Snyder said showing the villain was a way to tell audiences “there’s also a bigger world to start to think about,” which is sort of explaining the obvious. Besides, Bats and Supe are clearly going to team up — that’s how the Justice League works! Now filmmakers are hinting that there’s yet another surprise bad guy in there (rumors have swirled about the backwards Superman, Bizzaro, plus we’ve already seen teases of a “dream sequence” involving Darkseid), as if to say the trailer hasn’t given away all the surprises. Even if that’s true, it’s just more weight on a film that already looks to have squandered one of DC’s most ferocious and threatening villains and stuffed too much onto the reel.

What’s more, after rewatching the first Avengers trailers, I wonder if WB gave up a lot of the ghost too soon. The BvS trailer seems to be built along the same arc as we might expect from the film. With so many key moments all but spoiled, my excitement to go into the theater is simply at nerd joy and not necessarily looking forward to what could be a great feature. After all, I sort of already feel like I know what happens and that I’ll be unsatisfied with what’s been kept from me. I sincerely hope I’m wrong. 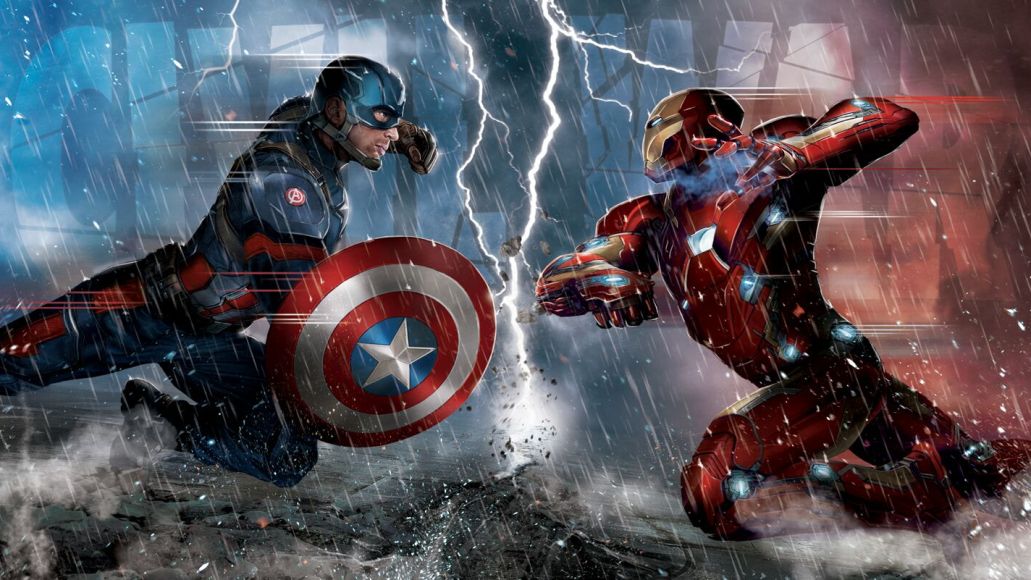 After eight years of Marvel on the big screen, they can still make me excited for their films. Captain America: Civil War will be the fifth blockbuster to star Chris Evans as Cap, and I’m probably more hyped for this one than I was for First Avenger or even Age of Ultron. Considering how incredible this one looks, that’s not really all that surprising.

Directors Joe and Anthony Russo became Marvel’s new golden children after Captain America: Winter Soldier, and with good reason — that is by far one of the best films in the Marvel Cinematic Universe. The Russos have mastered the Chris Nolan trick of making a superhero flick that also holds up as a strong film. Here, their playground is even wider as they’ve got the entire MCU to toy with. Of course, that runs the familiar risk of overcrowding, but they have an advantage that Snyder and BvS:DoJ don’t in that these characters are already established. We don’t need Iron Man’s background the same way we do Batman’s, so that’ll allow the characters and story to progress more naturally.

Already knowing all the players so well also raises the personal stakes of seeing them fight. We’re not watching them duke it out over some misunderstanding or petty squabble (as in Avengers or Ant-Man), but over beliefs and moral opinions, which makes for a far more interesting battle. True that Bat and Supes’ confrontation could also be construed as a moral one, but I don’t know that I’ll care enough about either hero to care about their disagreement. Having Bucky act as such a central motivator for Cap also grounds the conflict in relatable human emotions.

On the flip side, CA:CW and BvS share the onerous task of introducing two new characters to a universe. Again, the overall advantage is that said universe is already established here, and with Black Panther being an African king, he can be worked into the politics at the core of Civil War’s plot with relative ease. The big, exciting question mark is Spider-Man. There’s every chance we could get a one-and-done scene with Tom Holland that has that forced, Thor-in-a-pool feeling. But at least it’s a more exciting introduction than Aquaman. (Kidding. I’m super pumped for Aquaman; he’s just such an easy target.)

Nope Ending Explained: Was That Really a UFO? And Other Questions

Who's Next? A Preview of Comic Book Movies in 2016