The Indio Valley doesn’t have a monopoly on the start of California’s festival season. In fact, it’s not even the only valley that knows how to put on a killer summer concert. Nestled in the center of the gorgeous Napa Valley, BottleRock Napa Valley offers a one-of-a-kind, diverse lineup of musicians alongside the best culinary extravaganza any festival goer could dream of.

Taking place May 27th-29th, BottleRock 2016 boasts incredible wine, brews, and food alongside a bill topped by Red Hot Chili Peppers, Stevie Wonder, and Florence + The Machine. It gets even tastier from there, with the rest of the lineup filled out by Death Cab for Cutie, The Lumineers, Lenny Kravitz, Gogol Bordello, Grouplove, Ziggy Marley, Rodrigo y Gabriela, Buddy Guy, Cold War Kids, The Joy Formidable, Shovels & Ropes, X Ambassadors, The Orwells, Langhorne Slim & The Law, The Suffers, Fantastic Negrito, Soak, Son Little, and many more.

With such a wide range of musical talent and some of the best eats and drinks the country has to offer, all located in one of California’s most beautiful regions, there’s no better place to kick off your summer. While you can still grab tickets to BottleRock here, we’d rather help you get the season started right by giving away two (2) pairs of three-day GA passes to the event. Yes, we’re giving tickets to not one, but two lucky readers. All you have to do is enter using the widget below, and gain bonus entries by performing simple social media tasks.

Winners must provide their own transportation and accommodations. 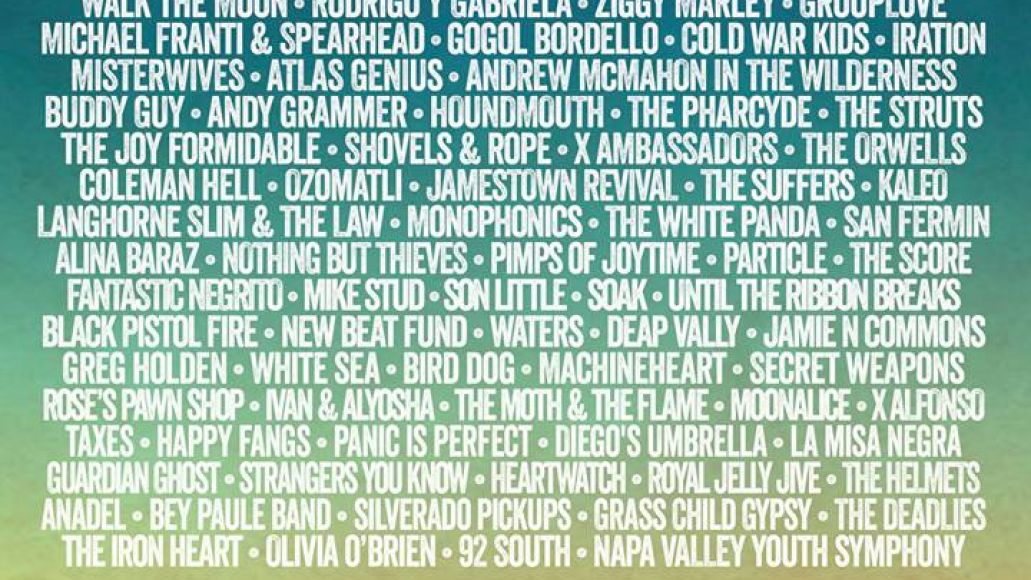