Yeasayer have kept a relatively low profile since the release of their third full-length, 2012’s Fragrant World, offering only the occasional Charli XCX remix and high-tech music video. 2016 looks to be the year the Brooklyn natives plan to resurface, however.

Following a string of teaser clips late last month, Yeasayer have let loose a brand new song dubbed “I Am Chemistry”. Not unlike their past material, the track — their first in about three years — channels their signature strand of quirky, psychedelic pop. Come for the lilting harmonies and woozy arrangements, stay for the unexpected children’s choir.

According to a Facebook post this morning, “I Am Chemistry” may have been prematurely uploaded to Spotify, and that more Yeasayer news is on the way soon. “Someone behind the industry curtain jumped the gun,” the post reads. “We have more to share, directly from US, in the coming hours.”

Update — 10:15 a.m CT.: Yeasayer have officially announced their new album, Amen & Goodbye, due out on April 1st via Mute. It was recorded at New York’s Outlier Inn Studio with assistance from Joey Waronker of Atoms for Peace. Find the album’s artwork and tracklist below. 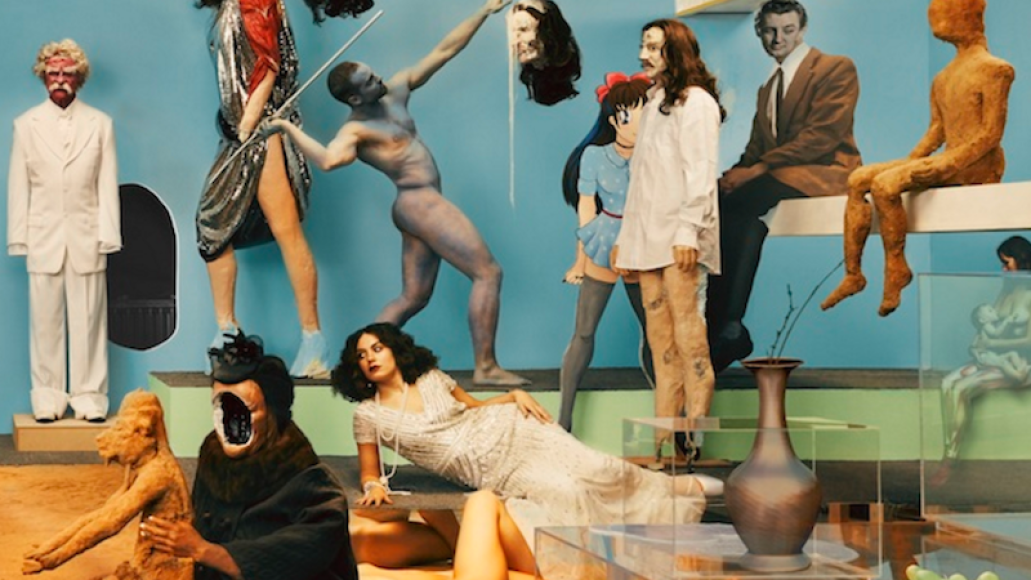