What the hell happened with Anti? Rihanna’s eighth album has been in the works for a couple of years, and anticipation began to skyrocket just around a year ago as she started releasing singles. There was the acoustic campfire sing-along that brought together Kanye West with a Beatle, the snoozing ballad that sounded like a reject from Empire, and a raucous powerhouse with a memorable video of Rih covered in blood while murdering her accountant. None of those singles are here. She officially announced the album in November, launching a series of increasingly convoluted interactive apps with Samsung, and every major holiday was filled with rumors that it would emerge. It finally arrived on a Wednesday afternoon in late January, seemingly mistakenly posted on TIDAL, the Jay Z-owned streaming service that Rihanna has played a large role in promoting since its launch a year ago. It was taken down within minutes, and after news that it would be a TIDAL exclusive, ended up being released online for free, bypassing the current infrastructure in a major way and delivering it straight to a million fans.

After nearly a year of buzz, debate, and speculation, Rihanna’s decision to pretend 2015 never happened may have been the best thing she could have done for Anti. Leaving out those singles keeps Anti from feeling stale, making for a disorienting listen. Similar to Beyoncé’s 4, Anti is an example of one of the biggest pop stars in the world subverting expectations by releasing an album of disparate styles, ranging from old-school soul and dancehall to funk and psych rock. Few tracks seem tailored to the radio. There’s nary a “Diamonds” or “Love the Way You Lie”, let alone a “Bitch Better Have My Money”. Instead, Rihanna made an album with a minute-long approximation of the most recent Thundercat record and a cover of a Tame Impala song not six months old.

Some artists try so hard to act like they don’t give a fuck that it becomes transparent. Rihanna is not one of them. Her flaunting of guidelines got her infamously banned from Instagram last year. She’s a fashion icon, with every choice both baffling and supremely characteristic of her personality. She’s carried that attitude to her musical work, making decisions about the songs on the album and its rollout so recklessly that they almost border on self-sabotage. Because she is Rihanna, she pulls it off, crafting a work where a Sam Cooke-style ballad can fit alongside a lurching, nocturnal electronic track co-written by The Weeknd and Travis Scott without tonal whiplash. The pieces may not fit together neatly, but Anti is clearly the album Rihanna wanted to make.

The lack of pressure to make radio hits makes Anti an improvement over the more formulaic approach of her last two records. While there are certainly missteps like the bland “Never Ending”, the Rihanna of 2010 wouldn’t put out a smooth, understated R&B jam like “Yeah, I Said It” or a down-tempo dancehall cut like “Work” as the official lead single. Part of that may be due to shifts in the landscape. If Justin Bieber can score a hit single with a watered-down version of the genre, surely the artist who wrote “Pon De Replay” can strike gold off the public’s recent interest. The approach excels, especially in moments like “Higher”, a thunderous ballad where she pushes her vocal prowess past its breaking point, packing an album’s worth of stunning moments into two minutes. Rihanna was never indulgent, but with four songs under the three-minute mark, she knows how to give just enough while leaving ’em wanting more.

It also helps that Rihanna is pretty much the only voice present on Anti. Drake fits his verse in nicely, conceding the spotlight enough so that he doesn’t cannibalize the track. The only other feature on the record is SZA, who makes for a formidable partner on the lush opener. While hearing Rihanna faithfully reinterpreting Tame Impala on “Same Ol’ Mistakes” is initially jarring, she owns the self-reflection well and truly makes it her own. Anti is Rihanna’s show, and she certainly doesn’t need the help.

Midway through, over an uncharacteristically choppy DJ Mustard beat, Rihanna pens the ultimate kiss-off to an ex on the masterful “Needed Me”. Alternating between a swooning chorus and aggressive flows on the verse (with the quintessential Rihanna lyric: “Didn’t they tell you that I was a savage?”), Rihanna makes it clear that the former beau messed up. The best song on the album, it feels like Rihanna’s breaking the fourth wall. Up to 2012, Rihanna released albums almost annually. Now that it’s been over three years without her, she has made it clear how vital she is to the current state of pop music. Anti takes risks and disregards convention in a way that only a true superstar like Rihanna could pull off.

Pick up a copy of Anti here… 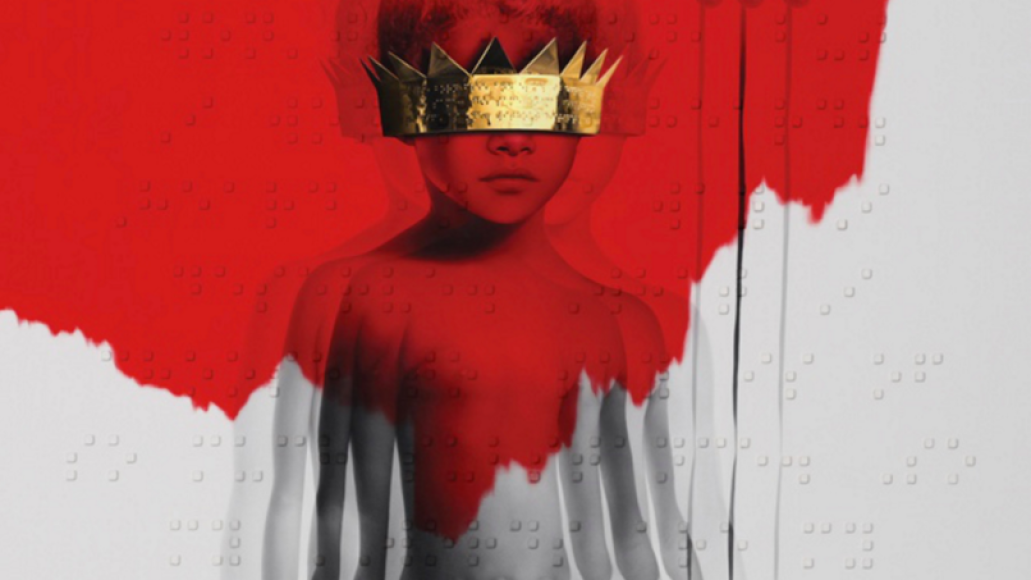 Rihanna Nails the Diva Act on Much Anticipated Anti: Review