Which Katy Goodman is Katy Goodman today? It depends on the day of the week, the former Vivian Girls bassist and current La Sera songwriter tells me over the phone from Los Angeles. On Mondays, Wednesdays, and Fridays, she’s a software engineer, coding for a firm up in Portland. Tuesdays involve band stuff, sometimes Pilates. Today it’s Thursday, and she quips, “Thursdays, I do interviews.” Days aren’t quite so divided for her husband and songwriting partner, Todd Wisenbaker, who, Goodman claims, plays guitar 10 hours a day. Whether she’s joking or not, Wisenbaker doesn’t dispute this account as he listens in the background.

In the week surrounding our conversation, Wisenbaker and Ryan Adams spend their nights holed up in Adams’ Hollywood studio, helping to produce and record some tertiary artist. It’s been an unseasonably rainy winter for Los Angeles, and the atmosphere for the band feels different too; Goodman and Wisenbaker are newly married; La Sera has an Adams-produced, career-defining LP six weeks from release. The air on the line hangs light and a bit heavy. The album’s success or failure may decide, in part, which Katy Goodman Katy Goodman spends more time being.

Then again, that’s not quite right. Goodman’s life may be divided between coding software and leading a rock band, but there exists no disunity in her person. She’s effervescent and warm on the phone, exuding a natural intimacy that makes me feel as if we’ve spoken before.

It’s easy to envision Goodman divining the title for her band’s fourth album, Music for Listening to Music To. Playful, simple, easy. Despite her partnership with Wisenbaker, a romantic and artistic union, the web address for La Sera is still iamkatygoodman.com — a gesture of her unified, existential whole, a reflexive ergo sum. Every day starts with coffee, she tells me, a simple, consistent gesture. In describing the writing of the album, she says, “Last January we were just hanging out writing songs with no real purpose. Then we realized all the songs sounded like an album.” 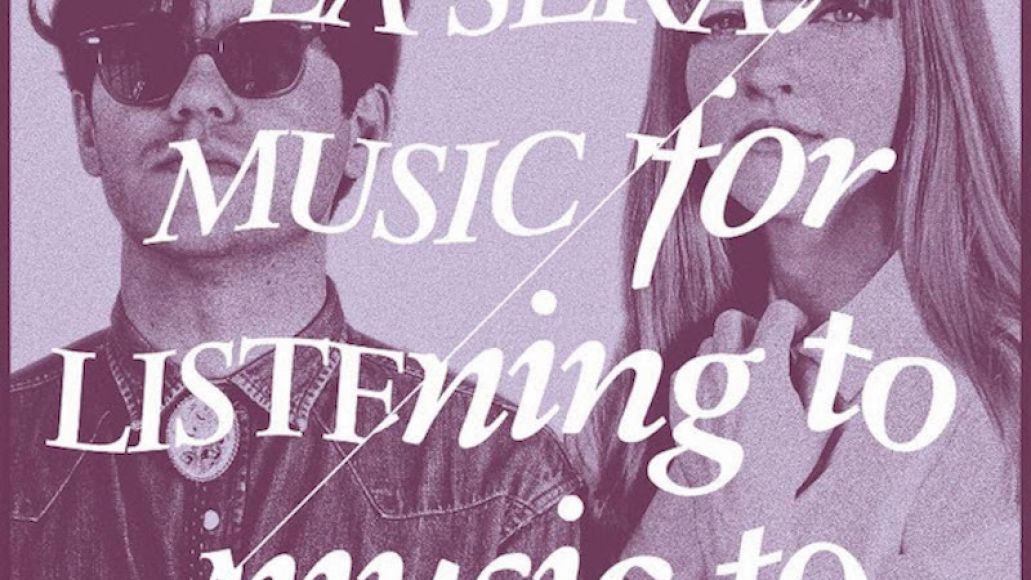 Seth Hubbard, the label manager at Polyvinyl Records who inked La Sera ahead of the new album, agrees. “I feel like Katy’s public persona is completely identical to how she is in real life,” he says. “She is always so positive and excited. When she hit us up last spring about working on La Sera together, we jumped at the chance.” He remembers only one Katy Goodman, even back when the label worked with her previous band, Vivian Girls.

Yet there is a different division looming over Music for Listening: The presence of Ryan Adams as producer. Adams may be just the guy to carry La Sera into a new echelon of commercial and artistic success. Having never worked with the famed alt-country singer before, Goodman and Wisenbaker seized the opportunity to collaborate with him. Both artists knew Adams through their friendship with Jenny Lewis (whom Adams had recently produced), and Goodman and Adams share a love of ‘80s hardcore — they’ve even joked about starting a hardcore band together. Goodman remembers the first time she heard Adams was in the business of producing records: “Oh, he’s producing? It hit us like lightning, so I called him, and he was like, ‘Let’s do it!’” The often publicly morose Adams appears uncharacteristically ebullient in her telling.

Despite their close friendship, Adams represents the unavoidable, 800-pound, jean-jacketed gorilla in the room. If Music for Listening becomes La Sera’s first major commercial success, Adams stands to get much of the credit. As he told Rolling Stone back in October, “I felt like [Goodman] was making great records, but I wasn’t sure she was getting all the way there.” It’s true that Katy Goodman isn’t yet Jenny Lewis, a star with enough gravity to hold her own orbit. Most of the people involved agree that Music for Listening could represent a watershed moment for her in this respect, but Adams looms, it seems, a bit large in the background. 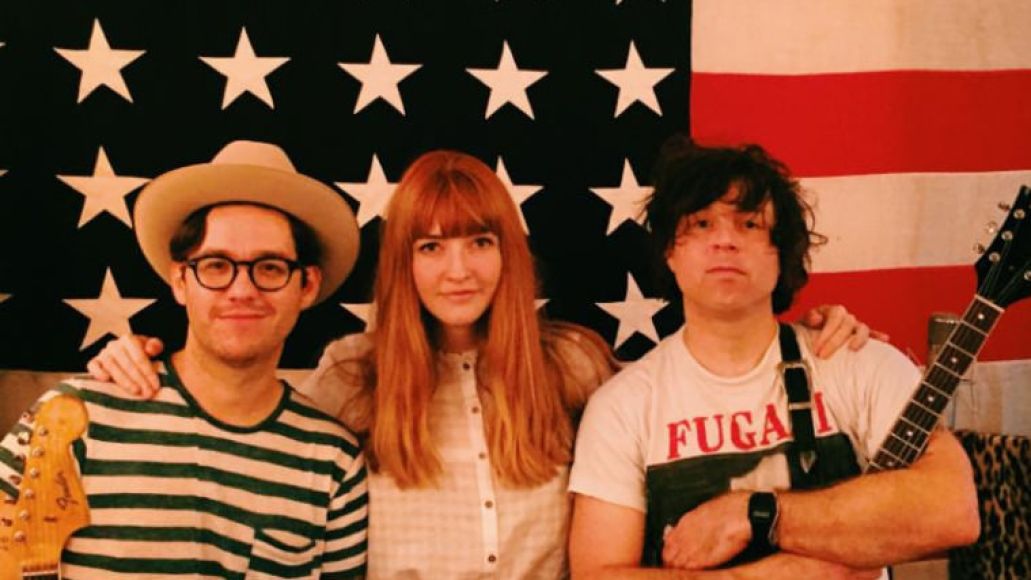 “I think it’s really easy to get caught up in the ‘Produced by Ryan Adams’ thing, which is really awesome,” Hubbard says, offering the label’s perspective. ”He did a great job. But at its core, this is a great collection of songs, regardless of how they were arranged or recorded.” His pushback is gentle, but distinct. First and foremost, this is Goodman and Wisenbaker’s record.

And yet, Adams’ imprint on the record — and on La Sera’s recording process — proved to be decisive. Wisenbaker reflects on the trust required in their working relationship. “He had worked with Jenny Lewis, and we’re friends,” he explains. “She gave us an idea of ‘Be open. You are going to work with someone.’” For Wisenbaker, letting an outsider take control was probably the hardest part of the whole experience. “I had to remove my ego,” he admits. “It’s not easy.”

Goodman and Wisenbaker recorded the album live to analog — “No computer ever touched this album,” Goodman says proudly. As a vocalist, this required uncommon preparation on her part. Goodman recorded downstairs in Adams’ Pax Am studio, with Adams in another room listening, critiquing, and trying to get the singer out of her own head. He focused on getting her to inject herself into the song as the first person, repeating phrases such as “Live the song,” “Feel the song,” and “Be the song.”

If all that sounds a bit pedantic and cloying, the process surely wasn’t. It was aerobic and intense, tactile and messy. “On this record it was live, so it can’t be perfect to a grid,” Wisenbaker explains. “When you’re recording in ProTools, you’re thinking about other things. It’s not an art performance — it’s a math equation you want to sound perfect.” Adams refocused the band on the art, and the warmth and urgency of Music for Listening reveals both emotive and technical accomplishment.

“Recording live is a little stressful,” Goodman admits, but she claims that it was one of her favorite parts of making the record. “I think Todd is the reason why this record is so good. Not many people could pull off what he did here, and he wouldn’t say that, so I thought I would.” Wisenbaker’s guitar lines are complex high-wire acts, racing to stay in meter, seemingly leading and chasing the songs at the same time.

The record’s guitar sound holds a clear lineage. Goodman, Wisenbaker, and Adams all share a love for Meat Is Murder-era Smiths, an influence that’s all over Music for Listening. Wisenbaker jokes that his favorite Smiths song is “every song,” but Goodman confides that “Shakespeare’s Sister” especially influenced her songwriting on this album: “The urgency was something we were trying to capture.”

While the Smiths often mined heartbreak for material, the current iteration of La Sera does not. Goodman and Wisenbaker’s relationship feels dense in its comfort. During our conversation, they pass the phone back and forth, not wanting to speak for one another but not wanting me to miss out on their partner’s brilliance. The two were married in a friend’s backyard last year. Wisenbaker says that he looked at Goodman on the morning of their wedding and said, “Of course we’re getting married. You’re the only person who likes coffee and The Smiths as much as I do.” The only heartbreak you might feel while listening to La Sera is your own — the absence of your own Todd or Katy to write songs with, to pass the phone to.

On all of her albums, Goodman reflects, “There’s always at least one song about love. But a lot of my songs are about difficult relationships with friends, just like being a person in the world and having to deal with other people.” She senses new lyrical depth here. “I think in the past, the records have been slightly more surface-y, so that’s what people talked about.” The songs Goodman has written as La Sera continue to evolve, and this is her richest collection yet. This time around, she refuses to be seen as only “dream pop.” 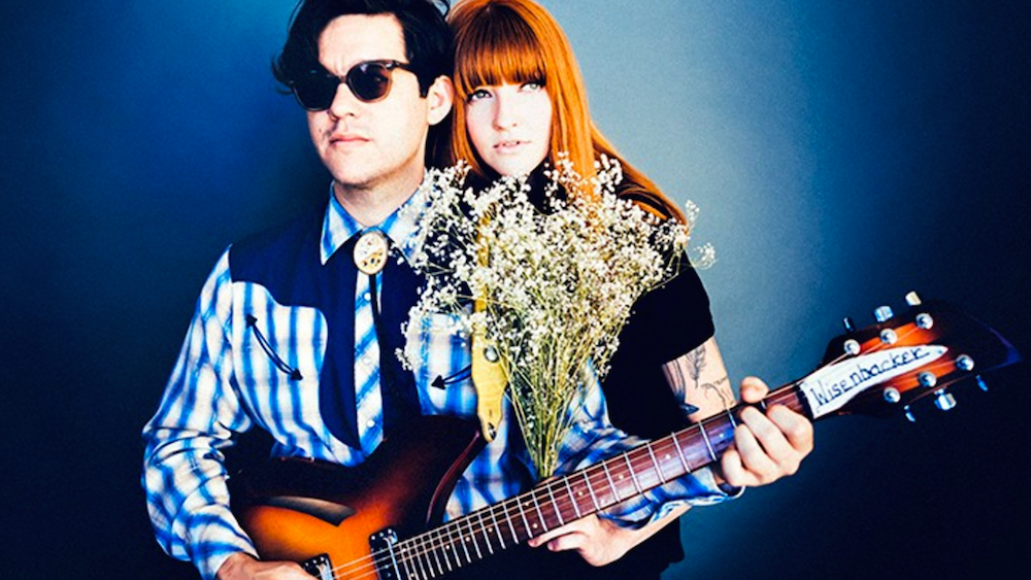 Maybe there are two Katy Goodmans — or, more accurately, two La Seras. One comes before this record, the other after. The band sits both precariously and comfortably on a fulcrum. Music for Listening could well be the album that vaults them into a more secure commercial and critical position. Alternatively, the record, like so many others before it, could be well-reviewed and quickly forgotten.

Wisenbaker sees it in simpler terms. “It’s just a record. It’s just one week of our lives,” he says. “It’s not a statement of who we are as people.” He repeats it for emphasis: “It’s just a record.” He’s right, and he’s not. Music for Listening will be defining, one way or another.

Thursday: Wake up, talk to a stranger thousands of miles away about your art. Field the typical questions about Ryan Adams with grace and gratitude. Know that the big narrative is here, now, trumped by the small one, the banalities of a weekday morning. Hope it all matters. Know that it does. Know that it doesn’t.

Being Katy Goodman: A Conversation with La Sera