Beyoncé is set the take the stage alongside Coldplay at tomorrow’s Super Bowl 50 halftime show, but the pop singer is already bringing the fireworks. In a surprise move earlier today, she dropped “Formation”, her first new single since 2014’s Beyoncé: Platinum Edition. The song is available to stream and download for free via Tidal, and it’s accompanied by a politically charged music video that you can watch below.

“Formation” is unlike anything we’ve heard or seen from Beyoncé before. It’s an angry, aggressive protest song that unapologetically celebrates the singer’s Southern roots even as it shines a light on the racial injustices that spawned the Black Lives Matter movement. “My daddy Alabama / My mama Louisiana / You mix that negro with that creole make a Texas Bama,” she sings, standing in front of a Louisiana mansion and lifting two middle fingers in an image that both invokes and defies the antebellum South.

The video and song stand in stark contrast to “Hymn for the Weekend”, the more conventional pop collaboration Beyoncé released with Coldplay last week. There has been no confirmation that she will debut the song live during her Super Bowl performance at Levi’s Stadium in Santa Clara, California, but as Rolling Stone reports, she was seen rehearsing the song during halftime show preparations.

Stream or download “Formation” via Tidal or watch the video below. 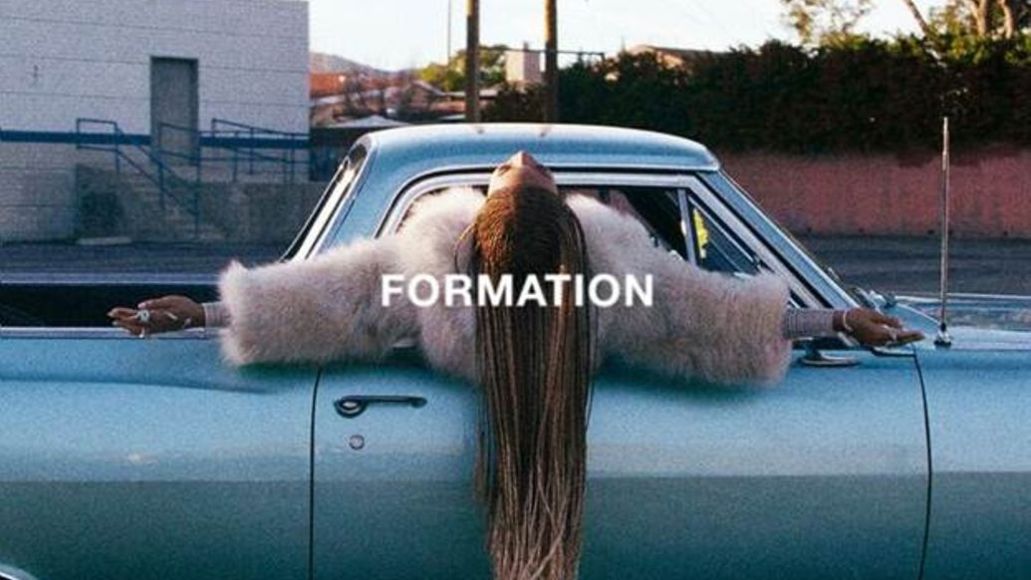