Long before Star Wars: The Force Awakens entered theaters in December, fans were anticipating the return of one of the most iconic spacecraft in all of cinema: the Millenium Falcon. In fact, they were looking forward to it before the trailer had even dropped. How did they even know the ship would feature in the film? Drones.

During the filming of Episode VII, sneaky paparazzi utilized remote control drones to scope out the set on location at Greenham Common in Berkshire, England from high above. They were able to take footage of set construction, revealing ships like the Falcon and X-Wings. With filming currently underway for Rian Johnson’s Star Wars: Episode VIII, Disney and Lucasfilm are determined to not let the same leaks happen again. And they’re fighting drone with drone.

The companies have reportedly amassed an army of their own drones to patrol the skies over the Episode VIII set in Croatia. Mos Croatia, a local website (via BBC), has it that the flying fighters will intercept any uninvited snoops. In our geeky little heads, we’re picturing something like the battle of Takodana, only one a much smaller scale and with a constant humming sound.

Of course, Disney is taking care of its crew on the ground, as well. They’ve hired some 600 guards to protect the set, crew, and actors. Apparently, they had tried to get a drone defense shield system up at Berkshire’s Pinewood Studios during the filming of The Force Awakens, but had trouble shipping it into the country. But this looks way cooler anyway: 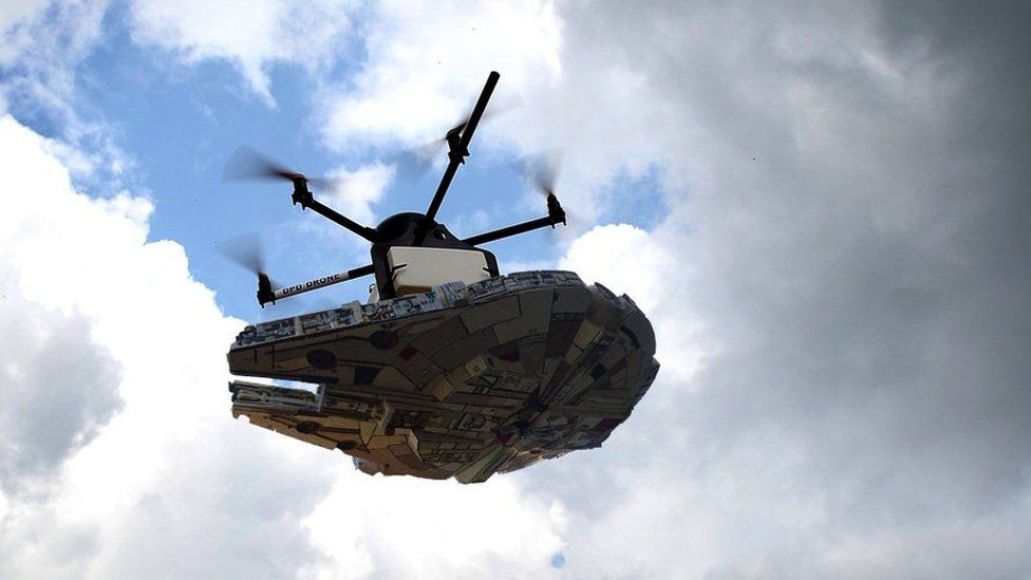 (Note: This isn’t one of Disney’s actual drones. But it’d be damn cool if it were, wouldn’t it?)

Drones are patrolling the skies above the Star Wars: Episode VIII set