However, if you make your living slinging and editing e-ink, you can’t put the man on ignore — not this week. Kanye (because we’re apparently on a first-name basis) keeps the roof over the CoS office. That’s a fact, Walt Disney. And what’s worse, a lot of my colleagues under that roof are obsessive Yeezy (because he’s a grown man) fans living in an annoying, vigilant tweet-to-tweet bliss waiting for The Life of Pablo (wouldn’t get too comfy, Pablo — ask Waves and SWISH) to drop on Thursday.

Never has FACES featured a more polarizing artist, and we’re all dealing with our adoration or Ye-tred in different ways. Collin Brennan turned to poetry, Claire Sevigny looked at West as a Jekyll and Hyde figure, Kevin McMahon learned to embrace being a hypocrite, and Danielle Janota crisscrossed Paris trying to track Kanye down.

Me? I went on a Twitter rant last night to my slightly less than 18.5 million followers:

I made it okay to wear tight jeans with chubby thighs. #Meezy

No Kardashian was anywhere near here ever. #Meezy

Next season, I'm only working on kids clothes … full-time. So, send me their sizes, moms and dads. #Meezy

The new album is an album. Not not an album an album. #Meezy

Don't ever come out the side of your neck at me… Yeah, I dunno either #Meezy

Please no one text me or ask me for anything till Monday. Gone SWISHin'. #Meezy

Sorry for the rant. I apologize. I love and respect ya all. #Meezy

Love him or hate him, at least for a couple more days, it’s going to be near impossible to escape him. So, while you’re busy embracing or enduring, enjoy FACES: Kanye West. He’s one beautiful, dark, twisted artist — or maybe just a jerk.

[**Editor’s Note: These pieces were commissioned and drafted last year when rumors had it the next Kanye album was getting ready to drop. You have not accidentally traveled back in time — not to our knowledge anyway.]

Table of Contents:
— The Motherfucking Monster by Claire Sevigny … Page 2
— God Complex, a poem by Collin Brennan … Page 3
— Looking for Jesus by Danielle Janota … Page 4
— Embracing Hypocrisy and the Future of Yeezus … Page 5

Original artwork by Consequence of Sound Art Director Cap Blackard, Assistant Art Director Steven Fiche, Jacob Livengood, and Dmitri Jackson. Their work can be purchased in a variety of formats by clicking the links throughout this issue. 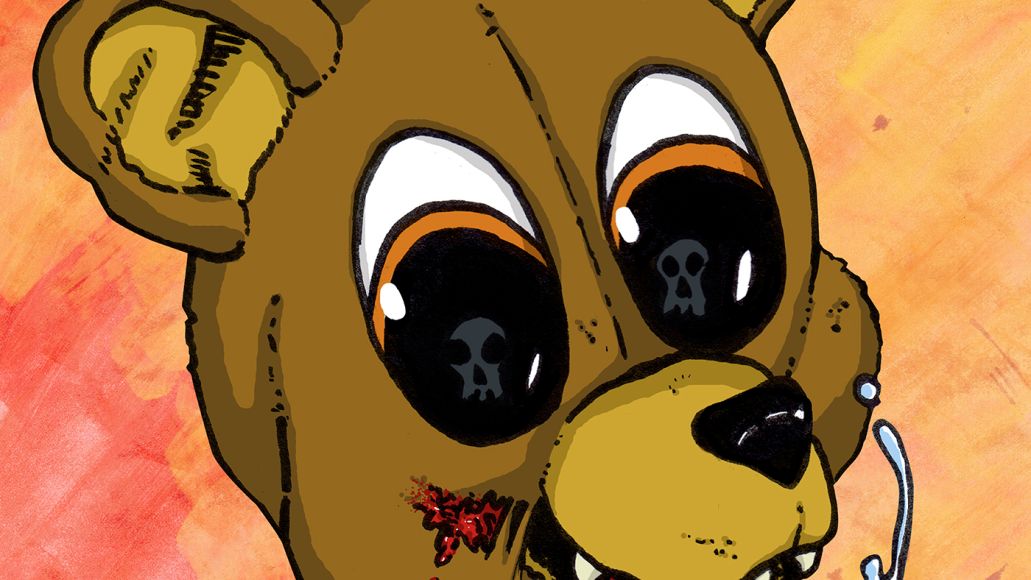 Much has been said about Kanye West in the weeks following his second controversial stage crashing at the Grammys this past February. It seems like everyone has jumped on the bandwagon to take shots at him, like a bunch of angry villagers wielding torches. Shirley Manson of Garbage referred to Ye’s actions at the Grammys in an open letter as “rude and savage” — a description more befitting a monster than a man. West has even called himself a monster, “a no-good bloodsucker,” in a song of the same name, perfectly aware of his public persona. This recognition separates the man from the beast. The duality that exists between his sometimes egregious behavior and painful self-awareness calls to mind Robert Louis Stevenson’s famous alter egos, Dr. Jekyll and Mr. Hyde.

To pinpoint the exact moment of West’s transformation into Mr.Hyde is easy. Just take the wayback machine to MTV’s 2009 VMAs when West interrupted Taylor Swift’s acceptance speech. This incident fueled weeks of speculation and filled slow news days like no other pop culture moment. Jump to 2013 and you’ll begin to see West as a fiery talk show guest, where he gave a series of explosive interviews on Jimmy Kimmel Live! and later on The Wake Up Show with Sway among others. On Kimmel’s show, West explains his contempt for “[following the] rules that society has set up and the way that they control people with low self-esteem.” West is wise to disregard the rules, even if that means opening himself up to harsh criticism, because the rules are set up to make creative people fail. Sway receives the full brunt of West’s frustration at the system, which West describes as a new version of slavery. He then explains his definition of “New Slaves,” people who are literally slaves to fashion, “spending everything on Alexander Wang.”

The album, Yeezus, pivots around this idea. West expands on the imagery of “New Slaves” and embraces his outspoken image in the song “Bound 2”. He takes his “bad reputation, walking ‘round always mad reputation” right to the bank. It becomes apparent that West orchestrates this entire persona as a reaction to the intense pressure and scrutiny focused on him. He uses his darker side as a weapon to get exactly what he wants: controversy, which he then cashes in on by embracing it.

The great irony of the stage crashing at the Grammys is that most observers took for granted that West did not know who Beck was or respect him. Make no mistake; Kanye knows exactly who Beck is. He borrowed the line “My teacher said I’s a loser, I told her why don’t you kill me” from Beck’s “Loser” on 2004’s The College Dropout. See, West has this habit of sampling things, but not just sampling them — tweaking them and making them better. Each of his albums operates like a classroom. Where West, the doctor, takes the best of everything, digests it for us, and presents it in a condensed beat-laden package. Kanye steeps his music in history and theory. This shows through the samples he uses, the artists he works with, and the producers he chooses. While in the traditional sense, the synth and 808 machines he employs may not be “instruments,” West still knows how to make them sing.

In between West’s stage-stepping antics and his on-air bad-boy persona, he released his 2010 magnum opus, My Beautiful Dark Twisted Fantasy. If Yeezus and stage crashing form West’s Mr. Hyde, then My Beautiful Dark Twisted Fantasy and the dazzling short film resulting from it, Runaway, are his redemptive Dr. Jekyll. He weaves the strands of dozens of influences and song samples into a masterful tapestry of pop culture. 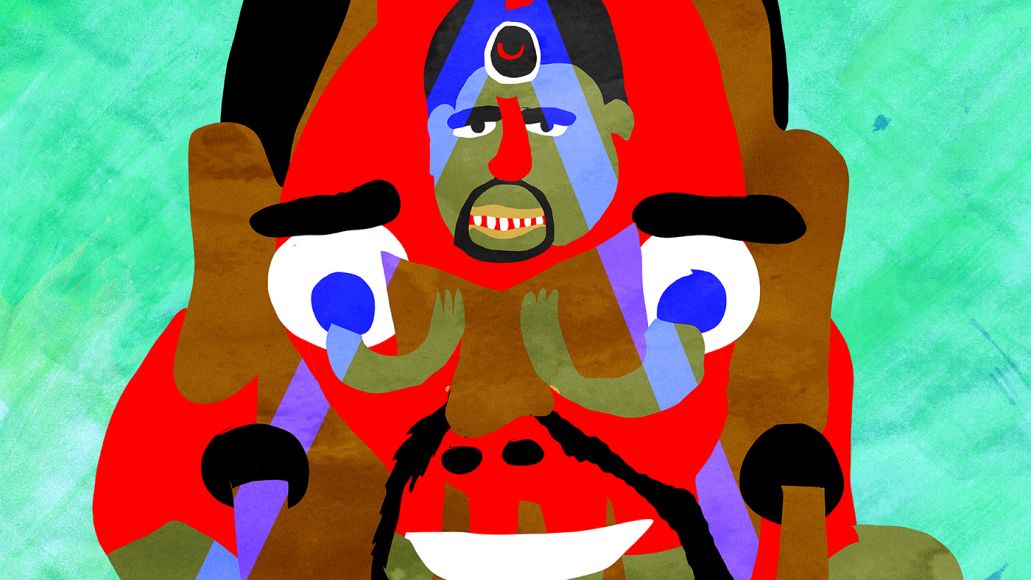 From My Beautiful Dark Twisted Fantasy we get “Monster”, the explosive single featuring Jay-Z and Nicki Minaj that displays West’s impatience with gossip and a tongue-in-cheek reference to himself as the kind of exaggerated figure the media makes him out to be. But is West really so dreadful? Sure, he’s impulsive. Sure, he’s opinionated and outspoken. It seems the more the media, celebrities, and the world at large hate on West, the more it cements his love for himself and his brand. Love operates as a defense mechanism for him and is pivotal for any artist interested in self-preservation.

Even before the release of My Beautiful Dark Twisted Fantasy, we were given glimpses of West’s redemptive side through songs like “Jesus Walks”. In the opening lines of it, he acknowledges that he is at war with himself. On “Breathe In, Breathe Out”, West says he’s “gotta apologize to Mos [Def] and [Talib] Kweli” (These two are often considered the moral compass of Hip-Hop) because he “always said that if [he] rapped, [he] would say something significant, but now I’m rappin’ ’bout money, hoes, and rims again.”

He even apologizes to Sway on-air at the end of his rant, saying: “I love you, man. I’m sorry.” His ability to humble himself and apologize reconciles his more volatile interviews with the mellower interactions he has with BBC’s Zane Lowe and radio host Angie Martinez. The media wants us to believe that West is an out-of-control egomaniac for wanting to recreate the world in his own creative image. I’m not buying it, because West learns from his digressions, which shows in the restraint he displayed at the Grammys. The second time West approached the stage uninvited, he stopped short and fails to take the mic from Beck. Beck reacts with amusement and even eggs West on, telling him to “Come back. I need help.” Does this newfound control signal a departure from the impassioned public outbursts West has become famous for? Is the man gaining ground on the media monster?

Ultimately, Kanye West is more complicated and conscientious than people give him credit for being. It’s not about rectifying these two opposing public images of Dr. Jekyll and Mr. Hyde; it’s about giving a multi-faceted individual room to breathe and create. Unfortunately for West, being at the top makes space a rare luxury, because everyone takes shots at the king. West will continue to endure the jabs and the controversy they bring, though, because it ensures that everyone watching the throne knows he is the one sitting on it. With this, West will certainly be equal parts entertaining and cringeworthy for years to come. 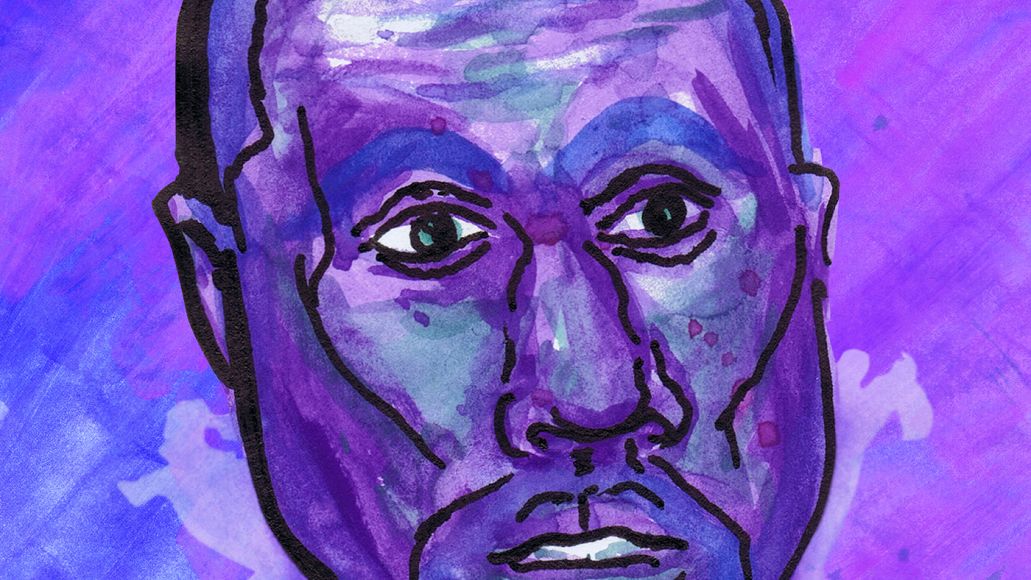 We swayed in the static of moonlight
after the storm had passed,
lost in the world like the song we played
in the car that night. I was Jesus
in leather black jeans. You were Mary,
red-lipsticked and seventeen.

Young, rich, and tasteless, I am still
waiting to feel the magic in things.

It was nearly midnight when we returned,
wet and out of breath. We stayed awake,
chasing ghosts across the bedroom
walls. I remember your head, pressed hard
into the pillow. Your voice, quiet and
distorted as it sang us both to sleep.

I’ve been a menace all my life, high
on sex and rust and wanderlust.

The rain sounded like a firing squad
when we woke the next morning.
It was a kind of death: a coming
to and leaving of the senses. The ocean
of the infinite receding as I waved
goodbye to myself, in it.

I am a God, or might have been, that night
we spent in dark, dressed to kill in holy static.