This article originally appeared in February 2015.

Our film staff counts down to this year’s 88th Academy Awards ceremony, which takes place on February 28th, by revisiting some of the Best Pictures that time forgot. Today, Blake Goble revisits Robert Z. Leonard’s musical drama, The Great Ziegfeld. So, get on your dancing shoes and join him, why dontcha.

The Great Ziegfeld boasts one of the most audaciously gaudy sights ever committed to celluloid. Florenz Ziegfeld Jr. (the one and only William Powell), or Flo, as everyone calls him, wants to put on an extravagant show, the most lavish, extreme, and ornately staged set piece anybody has ever seen. He’s about pure showmanship; who cares if it has any meaning? It’s got style, you rubes!

For Ziegfeld’s latest show, Ziegfeld Follies, the Broadway impresario envisions a spectacular number around the Irving Berlin song “A Pretty Girl Is Like a Melody”, which involves a giant, swirling wedding cake. This cake would take up an entire stage and slowly turn to reveal beautiful dames, alabaster candle rigs that look like goose wings, jesters with mandolins, dancing royalty, violins, clowns, singers, top hats, canes, and about a hundred other showy, old-fashioned things, until an inevitable white princess appears at the end.

What’s amazing is that all this is depicted through two shots meant to look continuous over the course of eight minutes. Oh, it’s a waste of resources (especially given Ziegfeld’s obsession with silk and rayon), but we get to venture up the cake, up every single step of it. It’s like being invited to the fanciest ball money can buy.

What an attraction! Such excess! It’s the grand spectacle of entertainment, done in a then-new and highly cinematic fashion. This is the sweet, sensational center of The Great Ziegfeld, the Academy Award winner for Best Picture in 1936. Back then, the award was called “Outstanding Production,” and The Great Ziegfeld is just that: a big, opulent, and greatly exaggerated tale of a showbiz dreamer and his many loves and successes. This movie has everything, and by “everything,” I mean Ziegfeld’s frenzied, dapper moments of marketing genius and musical bloat. It’s a sickly sweet affair perfectly symbolized by that enormous cake.

The son of a music professor, Flo went out to make a name for himself in show business. He moved up the ladder, starting small and spending every last penny he had until he reached the sky in entertainment. Ziegfeld sells tickets for a muscle man at the Chicago World’s Fair in 1893. After going broke gambling, he manages to sign a stunning French singer, Anna (Luise Rainer in a Supporting Actress-winning role), because she likes his honesty. When she turns out to be temperamental and isn’t an immediate hit, Flo dupes the songstress with “milk bath treatments,” which get press and make her a curiosity. He then publicizes her to major success.

It’s a back-asswards strategy, yes, but it wouldn’t be his last. Not content with Anna’s success, Flo devises his stage shows, the Follies, a series of “glorifications” of women that feature song and dance numbers on stage. More to the point, he rips off French cabarets and makes them into his own Broadway mint with Follies from 1907 to 1931. As he stages one hit after the next, Flo gets hitched to a young starlet, tries to keep up with changing tastes, and faces off with the stock market crash.

This kind of biopic is a product of its time, and it’s addictively whimsical. It carries itself with such jollity that it’s easy to neglect subplots about alcoholism, financial ruin, and moral unscrupulousness. You can’t tell success stories like The Great Ziegfeld in modern times without moral gray zones, or some sense of necessary journalistic honesty. 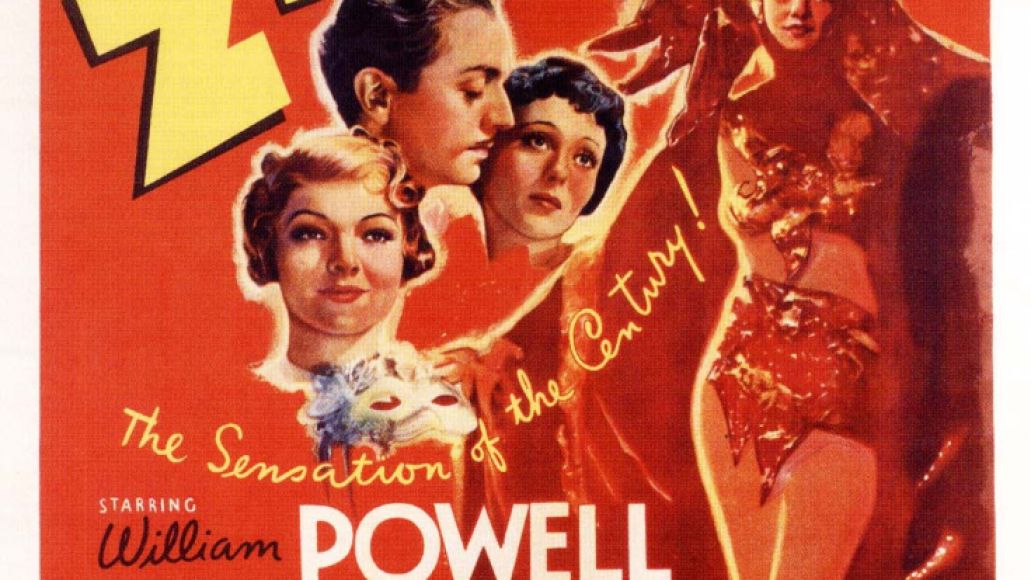 But this was 1936, and that’s what makes it such a fun old find. The Great Ziegfeld aims to please by putting on a show, and it delivers. It would be fantastic with a bottle of champagne in the hours leading up to the Oscar telecast. You can heckle and stare in awe at Ziegfeld’s self-importance.

It foregrounds bafflingly large-scale production values, a likable cast, and its blind support of Ziegfeld’s story. This is a film composed of shamelessly cute moments and sweet-hearted storytelling. Everyone just smiles and says “gee, shucks” to an over-eager and possibly talentless promoter that died with crippling debts. His gift was persistence, though. A huckster, maybe, he put his money where his mouth was every time. Ziegfeld was a savvy marketer with overbearing tastes. Imagine a movie made today about a famous, entertaining producer whose innovations came in selling lots of sugar (Saving Mr. Banks comes to mind as a spiritual successor). It’s one of those good ‘ol fashioned Hollywood epics, albeit one that looks naïve through modern eyes.

And it’s been all but forgotten.

The Great Ziegfeld hardly makes any lists. It’s not AFI material. Rotten Tomatoes, the review aggregator, ranked Ziegfeld as the fifth worst film to win Best Picture at the Oscars. Is The Great Ziegfeld a lousy film, a weak award winner, or just a forgettable romp? Well, it’s not lousy, just super-sized (185 minutes). It’s not an especially embarrassing or divisive Best Picture win (the presence of blackface and womanizing, while mortifying, is at least comprehensible given the period), but other nominees like Columbia’s Mr. Deeds Goes To Town or MGM’s A Tale of Two Cities might have looked better in the long run. For the most part, The Great Ziegfeld is amusing, but forgettable.

Like The Greatest Show on Earth, it’s an ode to excess, giddily championing the pride and ego of a showman. After all, that is, or was, entertainment. Ziegfeld wanted audiences to have their cake and eat it too. You’ll enjoy Ziegfeld, but you’ll be stuffed for a while afterwards.

About cake: the aforementioned “Pretty Girl” number cost a then-extreme $220,000 ($3.7 million today, says Wikipedia). It took weeks to shoot, and required heavy discipline and rehearsal from the performers. That it was achieved with nominal shots in 1936 is a minor miracle. It’s actually amazing this didn’t win for Art Direction, for which it received a nomination. Jeez, the extent of the photography alone should have landed a cinematography nod. But it did win the now-defunct Best Dance Direction for that number! The scene is an impressive feat, and worth the revisit alone.

The Great Ziegfeld: A Lost Ode to Excess