In a little over a month, Axl Rose, Slash, and Duff McKagan will reform Guns N’ Roses’ classic lineup for a long sought-after reunion tour. While the rest of the touring lineup remains unconfirmed, don’t expect multi-instrumentalist Chris Pitman to be part of it.

Though Pitman was not involved in Guns N’ Roses’ golden years, he has been a member of the band / put up with Axl Rose’s bullshit for nearly 20 years, far longer than Slash or McKagan ever did. So you can somewhat understand his frustration when recently asked about his status in GNR.

In a since deleted post on social media (via Reddit), Pitman referred to GNR’s reunion as a “nostalgia tour,” adding, “please don’t mention those who are there the last 20 fucking years … oh god no!! … (a money grab) FU.” 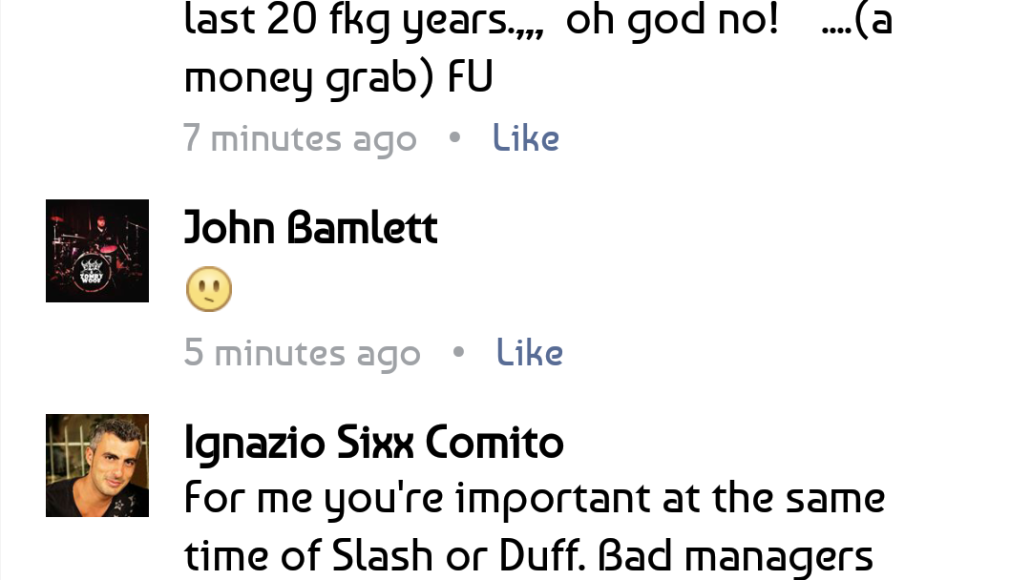 Guns N’ Roses’ nostalgic money grab fuck you of a reunion tour kicks off in April. Confirmed dates can be found below.