After many fans downloaded TIDAL just to purchase Kanye West’s The Life of Pablo, the rapper pulled the album from the store for further “tinkering.” Those who had already submitted payment for the album were told they’d have to wait “several days” for the final version to become available, leaving thousands of dissatisfied customers. Meanwhile, over at The Pirate Bay, over half a million copies of T.L.O.P. have been downloaded by happy listeners.

That’s right; while West has said the album will no longer be available for sale ever, and all those early purchasers are left twiddling their thumbs, illegal downloaders have been spinning the album for days. True, it’s not the final version (apparently), but that’s still more people owning copies obtained illegally than legally. In fact, more pirates have copped TLOP than possibly any album before it.

“Generally we don’t track music releases closely, so I’m not calling any records,” Torrent Freak’s Ernesto told the BBC. “However, I haven’t seen numbers this high before for a music release – not with Adele either.”

The Life of Pablo currently sits at number two and eight on the file-sharing website’s top 10 downloads. Number one, for the curious, remains Drake’s “Hotline Bling”. 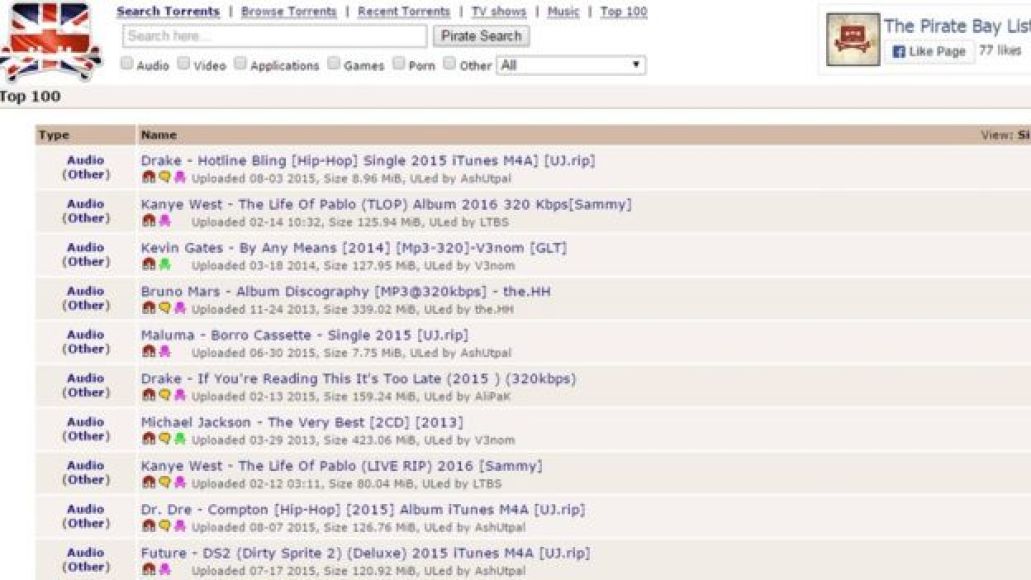 Kanye West's The Life of Pablo has been illegally downloaded over 500,000 times