Between March 16th – 19th, Vans will celebrate its 50th anniversary by staging a series of events.

One of those events will take place at South by Southwest on March 16th, featuring performances from Erykah Badu, Neon Indian, Kelela, Hinds, Kevin Morby, White Lung, and more. Also on that day, Nas and Yeasayer will play a show together in Brooklyn; Wu-Tang Clan, The Kills, and Jamie xx will perform in Mexico City; and Dinosaur Jr. headline a gig in Toronto. 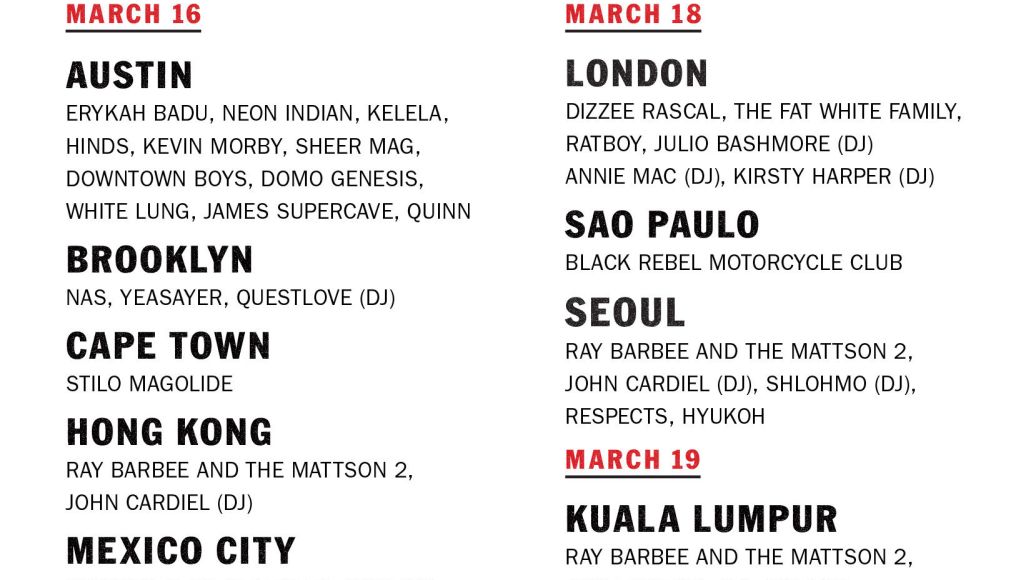