Natalie Prass’ music often calls back to a simpler time, an era where pop lacked the pretension and bombast of modern radio. The singer-songwriter got to visit such an era when she cameoed on this past Sunday’s episode of HBO’s music industry drama Vinyl, as she cameoed in a scene as Karen Carpenter.

In the scene, Olivia Wilde’s character Devon Finestra is having a day dream while “Yesterday Once More” plays from her car stereo. She imagines that Carpenter (played by Prass) is riding shotgun. Her hand is out the window, singling along to the song. Finestra is shocked out of her momentary happiness when she realizes that, in a fit of ennui, she’d left her own kids behind at Friendly’s.

Here’s another pictures of Prass as Carpenter. 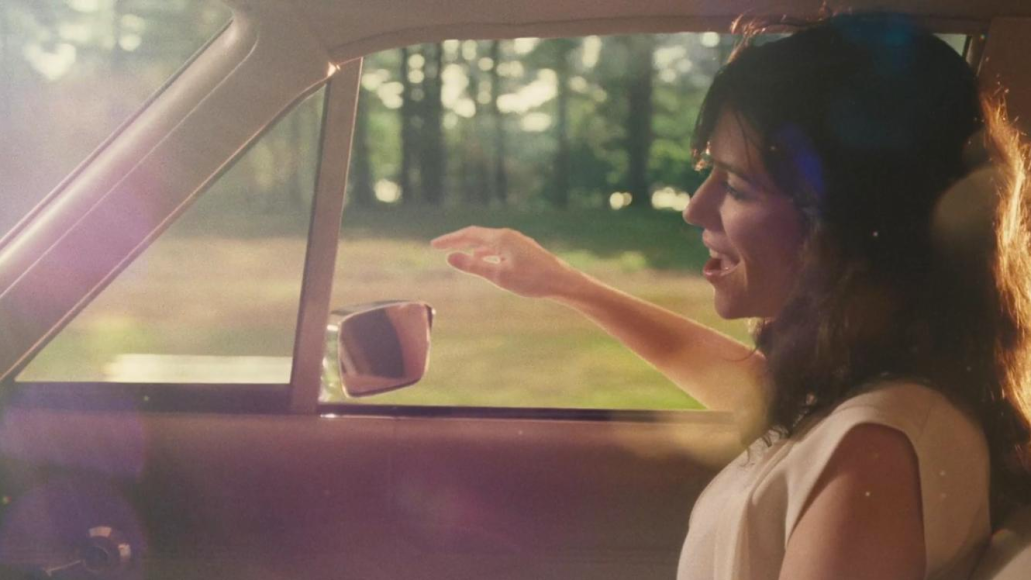 Though it’s Prass moving her lips, it’s not actually her voice singing the song. Instead, Aimee Mann provided a cover of “Yesterday Once More” for the show. Take a listen to her version below.

The Stroke’s Julian Casablancas also turned in a cover of The Velvet Underground’s “Run Run Run” for the episode. Listen to that here.

Created by Mick Jagger and Martin Scorsese, Vinyl airs Sundays on HBO. Despite a lukewarm response after the debut episode, the series has already been picked up for a second season.