Rising three-piece Purple have cultivated a sound that’s grounded in gritty rock but often evolves to touches on bits of funk, reggae, and even hip-hop. The group’s versatility when it comes to working with various genre elements is partially attributed to the members’ diverse tastes, but perhaps is most indicative of Purple’s long-held belief in well … just not giving a damn about boundaries and labels.

The band — comprised of Hanna Brewer (drums/vocals), Taylor Busby (guitar), and Joe Cannariato (bass) — came together in the conservative Texas town of Beaumont, which is about an hour east of Houston. While most locals were content doing and thinking a certain way, Purple bonded over mutual interests (“beer, weed, and adventure”) and marched to the beat of a different drum, one alive with what a press release describes as a “natural rebelliousness” and “uplifting mayhem.” It’s no surprise they mention acts like Andrew W.K. and No Doubt as reference points.

Purple (loudly) introduced themselves to the world last year with their self-released debut album, (409), named after the Beaumont area code in which they grew up. They’re looking to continue to party hard at high decibels on their follow-up, Bodacious, which is due out on April 1st through Play It Again Sam (PIAS).

The LP was recorded in Texas and Germany alongside producer Rick Parker, known for his work with Beck and the late Scott Weiland. It’s being previewed this week with the new single “Bliss”, a number whose dreamy, tamed beginnings eventually give way to highlight the trio’s boisterous spirit.

According to Brewer, the song’s dichotomous nature mirrors what it’s like to be on the road for extensive periods of time. “I wrote Bliss after doing some pretty intense touring through the US and Europe while trying to grow up at the same time,” she tells Consequence of Sound.

“I realized that I’m the happiest and most depressed while on tour… The verses talk about some of the negativity of touring while the chorus says ‘This is bliss’ because you also experience the most highs of your life. It’s bittersweet.” 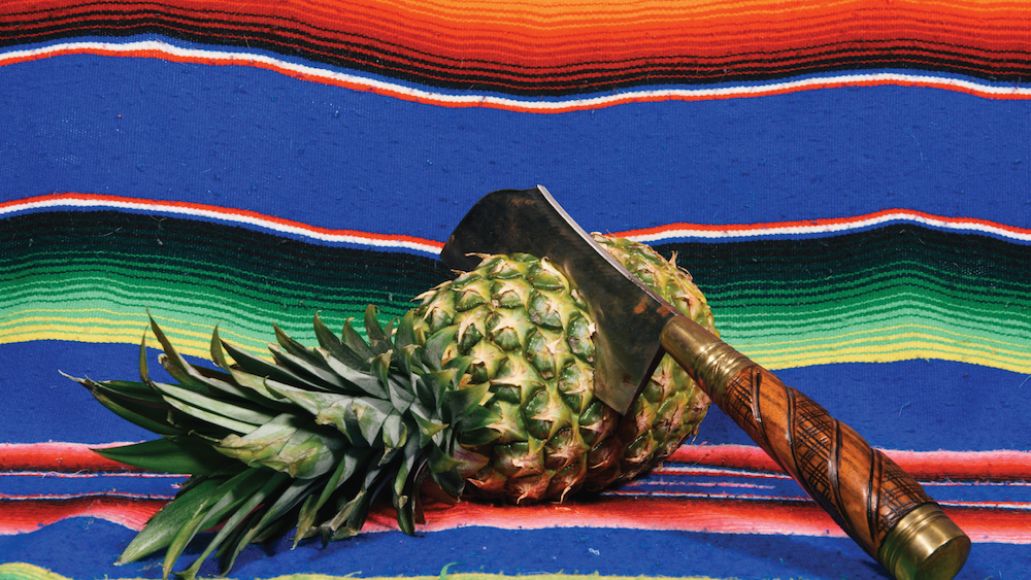 Catch Purple live as they rock across the US for the next few weeks.