First off, let’s get one thing straight. I’ve been reading a lot of reviews for Deadpool that credit Marvel with taking the ballsy step of releasing an R-rated movie. The critics surmise that having found success in nearly everything they’ve done, the final frontier was going for the adult-only audience.

Allow me to clarify: Marvel still has not released an R-rated movie. Deadpool is part of the X-Men film universe, the rights to which are still owned by 20th Century Fox. Now, yes, the comic giant does get a credit on the production side of things, but it’s via Marvel Enterprises, the licensing wing. The Marvel Cinematic Universe (e.g. Captain America: Civil War, Ant-Man, and the Sony-led Spider-Man reboot) all come from Marvel Studios and Marvel Entertainment. So, let’s not get things twisted; Marvel has never made an R-rated film.

But they could. If Deadpool strikes gold at the box office, as it’s currently tracking to do, studios could shift their thinking on what the superhero genre can be. For the first time in half a decade (or a full decade, depending on whether you consider powerless heroes aping comics as in Kick-Ass or superhero deconstructionism á la Watchmen true “superhero” films), the idea of an R-rated caped actioner might not burn execs like kryptonite. 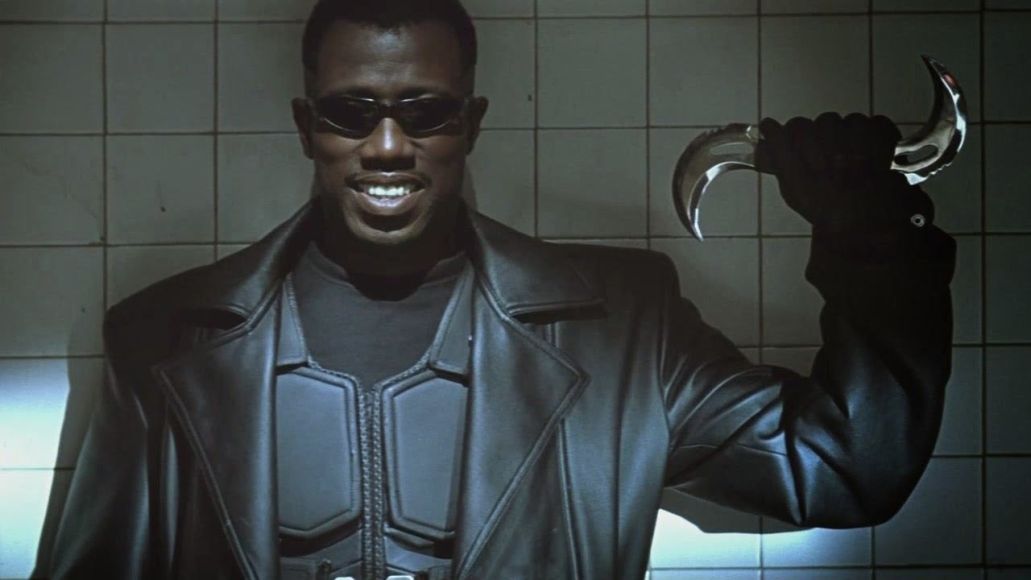 However, after kicking off the wave of comic properties getting serious attention from studios, R-rated superhero films have had a less than stellar box office history. To be sure, R comic book movies have enjoyed decent box office results in the years since; Road to Perdition, 300, V for Vendetta, Sin City, and A History of Violence were all based on picture books, and all reaped admirable success both financially and critically. More recently, Kingsmen: The Secret Service surprised everyone with its reception, earning itself an improbable sequel set for 2017. None of those could really be considered superhero films, though (V might come closest, with Wanted falling on the spectrum, as well), and no one’s questioning that Hollywood is still game to buy up the rights to comics in the hopes of making a buck.

If we’re talking cape-and-mask, superpowered characters, however, success is harder to find. 2002’s Blade II did well for itself and helped bring director Guillermo del Toro into the mainstream. But the third Daywalker film, 2004’s Blade Trinity, took in the least box office bank on the highest budget of the trilogy and brought Snipes’ big-screen career grinding to a halt. That same year saw Thomas Jane star in The Punisher, but negative reviews and a flat box office led to a canceled sequel and the label of flop. There was an attempted reboot with 2008’s Punisher: War Zone, which saw Ray Stevenson take on the title role. On a $35 million budget, the film flopped even harder than its predecessor with just $10.1 million gross. (There was also the 1989 Dolph Lundgren version, but let’s face it — half of you didn’t even know that existed until you just read it, and it strays so far from the comic roots that it’s barely worth mentioning.)

War Zone became a stern lesson for studios about the loss potential on an R-rated comic book flick. Even on a shoestring budget, a hard-R superhero could spell financial disaster. Lionsgate seemed to know this as the release date crept closer and reportedly tried to re-cut the film for a PG-13 rating before director Lexi Alexander won her fight to keep it violent and vicious. In 2012, Dredd proved once again that even critically praised comic adaptations could sink at the box office. It also became evident that giving movies modest or huge budgets did little to ease the climb in theaters. 2010’s Kick-Ass did okay for itself, but not fantastically, and its better-left-forgotten sequel followed the Blade series’ trend of diminishing returns. On the other end of the spectrum, 2009’s Watchmen’s bloated budget meant that even a record-breaking opening and $185 million worldwide gross made it a financial bomb. (Yet, Zack Snyder keeps getting to adapt comic books.) 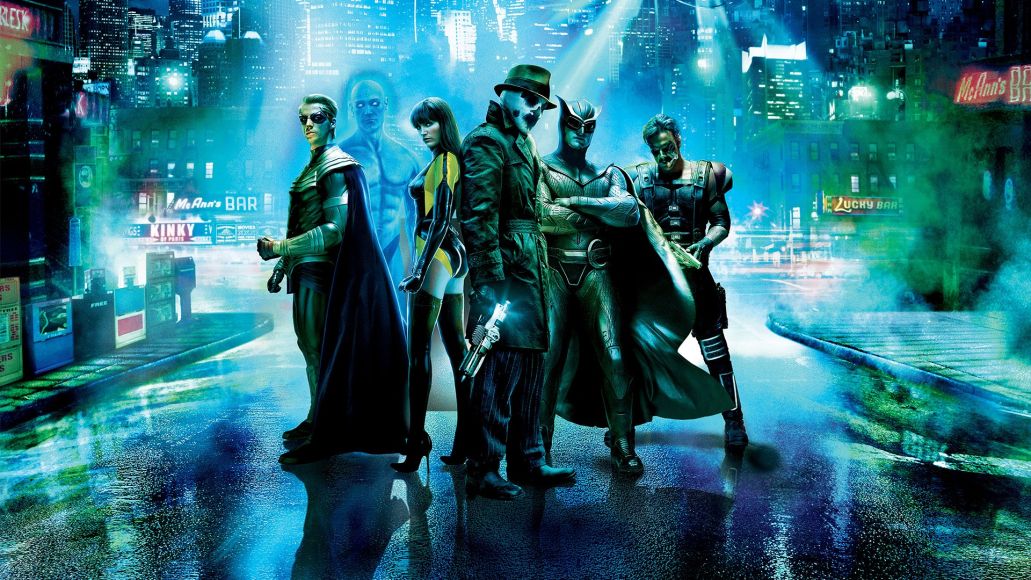 All that precedent is part of why it took Deadpool so long to get off the ground. Ryan Reynolds championed the movie for years, knowing that satisfying fans would mean lots of naughtiness and violence, meaning it’d have to be R. It wasn’t until that infamous test footage leaked that Fox came around to the idea that Reynolds (already famous for two superhero flops with the third Blade and Green Lantern) might actually know what he’s talking about. Should current tracking data prove accurate, Fox’s gamble and Reynolds’ passion could be what turns the tide for adult-oriented superhero fare. On a reported $58 million budget (comparatively small for big-name superhero movies), Deadpool is tracking to open with $65 to $75 million. If it can stretch that success beyond the holiday weekend and into the worldwide markets, there’s a chance the doors to the party could be open.

Of course, there’s no reason studios can’t push the limits of PG-13 and be happy with the results. Just the other day, my friend was convinced that The Dark Knight was rated R; instead, it was just PG-13 enough that China refused to release it. Still, there are some properties that would benefit from having fewer limitations on where they could go. Ghost Rider and its sequel, Spirit of Vengeance, may have turned in modest-but-fair box offices, but few will sit around debating the quality of those PG-13 films. Something about a soul-burning, flaming skeleton from hell just screams out for a harder take.

Speaking of which, the Ghost Rider rights recently reverted back to Marvel, along with Blade and Punisher. In the current climate, it’s hard to imagine Marvel Studios adding R-rated theatrical films to their docket, especially since they’ve found astounding adult-oriented success on Netflix (where Punisher is heading later this year via Daredevil season two). Although, seeing one of their characters do well for another company may at least spark the interest in testing those bloodier waters on the silver screen. Snipes has reportedly been in discussions with Marvel about bringing Blade into the MCU via a fourth feature, and fans are still begging to see Ghost Rider done right. 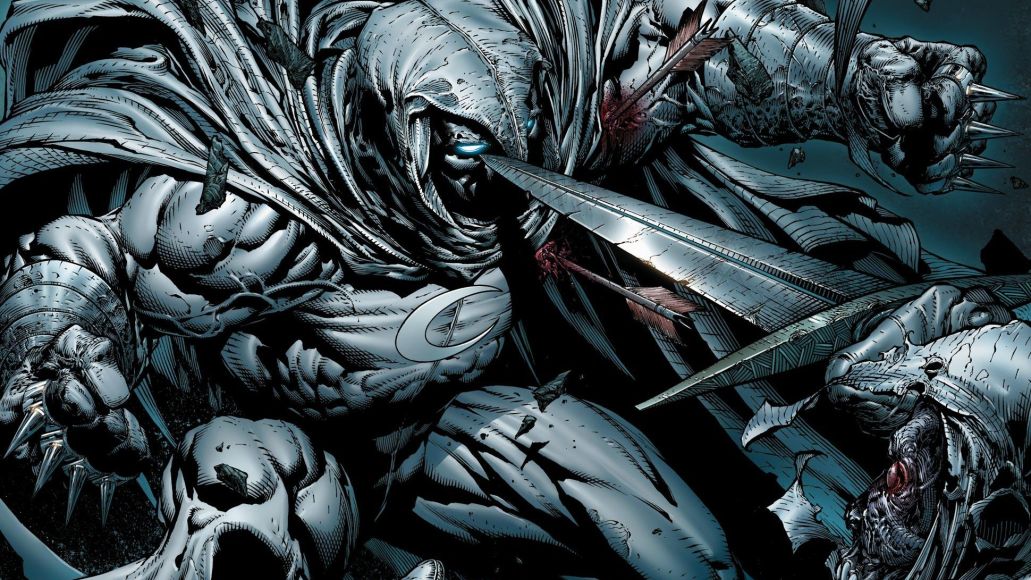 There are plenty of other Marvel characters who could benefit from an R production, too. A Netflix show has been buzzed about for Moon Knight, Marvel’s mentally unstable answer to Batman, but there are elements of the millionaire hero’s story that could be handled better in theaters (namely his weaponry and the Moon Copter). Though they’re already talking spin-off series for Jon Bernthal’s take on Punisher, nothing’s inked yet. Perhaps he could be the first Netflix character to make the theatrical leap. There’s also the whole horror line, like Man-Thing or Werewolf by Night; with Doctor Strange coming later this year, there’s already an MCU in for the mystical sides of those tales. If the Spider-Man reboot works, reviving the failed Venom solo film as a darker, scarier movie could certainly prove interesting.

Don’t think Sony and Marvel would allow a dark spin-off of a family-oriented franchise? Well, isn’t that exactly what Fox is doing with Deadpool? The appearance of Colossus and early story details link the film directly to the already established cinematic X-Universe. What’s more, you can bet that Fox will fast track the long-stalled X-Force movie should Deadpool do as well as expected. If the X-Men were able/willing to get their hands dirtier, they’d be X-Force; in fact, the team’s most frequent leader, Cable, is the future son of Cyclops and a clone of Jean Grey (hey, these are comics we’re talking about). There’s already word that Cable’s being eyed for the Deadpool sequel, but Reynolds has said X-Force is a priority for him, meaning we could see the team film before the buddy movie.

Should X-Force get going, it likely will feature characters new to cinemas (Cannonball, Domino, Boom Boom). However, there are plenty of familiar X faces who have filled the team’s ranks over the years, including Psylocke, Archangel, Sunspot, Warpath, and even Wolverine. With his massive and age-defying fan base, it’s even harder to imagine Fox letting Wolverine star in an R-rated movie than it is for Marvel to go R in the MCU, but it’s not entirely out of the question. Critical reception aside, the box office gains of the two solo Wolverine features make an R-rated solo adventure unlikely, but an appearance in a team film is a different story. 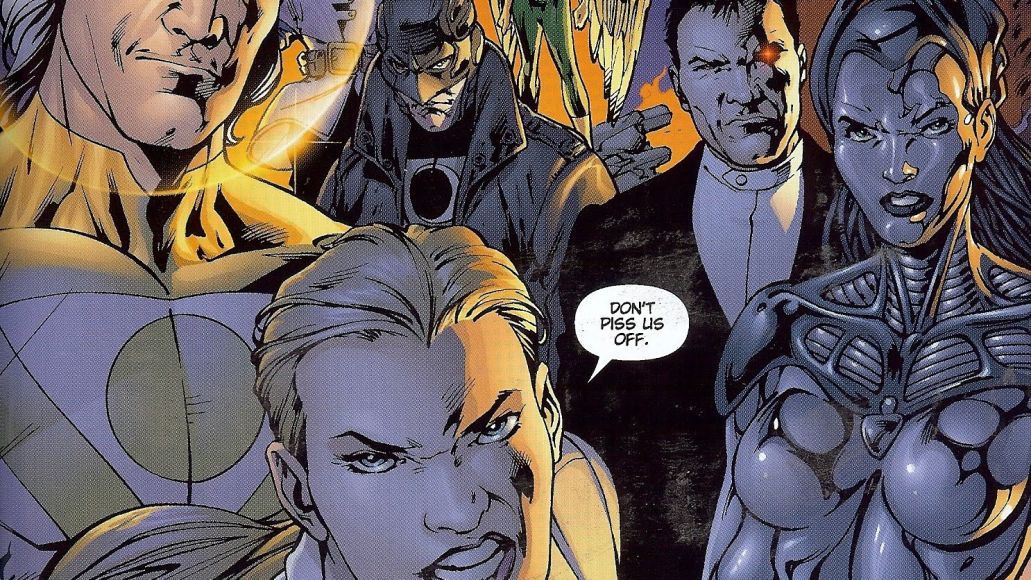 As far as more risqué material, it’s fair to say that DC Comics has the heavier hitters, especially with its Vertigo line taken into account. More so than Man-Thing (by a long shot), DC’s Swamp Thing has the potential to be a genre-breaking foray into darker comic book films. A solid adaptation of The Authority could pull off what Watchmen failed to do by redefining what big-screen capes can mean and do. Justice League Dark could finally gain some traction, bringing with it a truly worthy adaptation of Constantine (a character who’s failed both in cinemas and on TV) and a team home for Swamp Thing. Jeff Lemire and Travel Foreman’s 2011 relaunch of Animal Man could also make a fantastic horror film. Rumors have swirled around a Lobo movie for years, and the bad-ass space bounty hunter could easily be DC’s answer to a Deadpool-esque property.

It’s not just the Big Two that have superpowered characters primed for R-rated runs, either. After a fairly terrible 1997 attempt, a reboot of Spawn has long been called for, and seeing an R-rated superhero movie done right could be the key. Robert Kirkman’s (creator of The Walking Dead) Invincible could likely do just fine as a PG-13 film, but going all in on the bloodier moments could lead to an interesting, harder take. An adaptation of Garth Ennis and Darick Robertson’s The Boys, which sees superheros corrupted by fame and policed by the CIA, was set up with Adam McKay at one point, but could find new life in a post-Deadpool world. A Crow reboot has been batted around the last few years and could find itself moving along more smoothly in just a few weeks. The animated Chew feature in the works could easily skew adult.

That’s just scratching the surface of the potential out there. You could even get real ballsy and talk about R-rated films following other members of the Batman family (Red Hood and Nightwing come to mind, though a Joker solo film could also work), the X-Men (Magneto, Wolverine, and really endless possible spin-offs), or even the Avengers (would you be laughing at a Black Widow & Hawkeye team-up if it were a sexy, violent spy thriller?). Whatever actually ends up happening is anybody’s guess, and it is really all pending until Deadpool starts seeing actual numbers come in. Still, it would seem plausible, if not truly likely, that the next wave of superhero films will be greatly affected by what Tim Miller and Reynolds’ little film that could does this Valentine’s Day weekend.

R We Ready? How Deadpool's Success Could Change Superhero Films