Looking back, there’s a deep-rooted tradition of great action films with big casts. Hell, there’s a rich history of ensemble films in general. With that in mind, Consequence of Sound turned a page or two on film history and searched for the most distinct, diverse, and all-around well-cast ensembles to hit the silver screen.

Normally, the rule of thumb for these kinds of lists are to do solid numbers. Top fives, top 10s, top 100’s, what have you. Yet, with a title like Triple 9, could a piece like this not be the top 27? Besides, in ensemble filmmaking, more is more you know 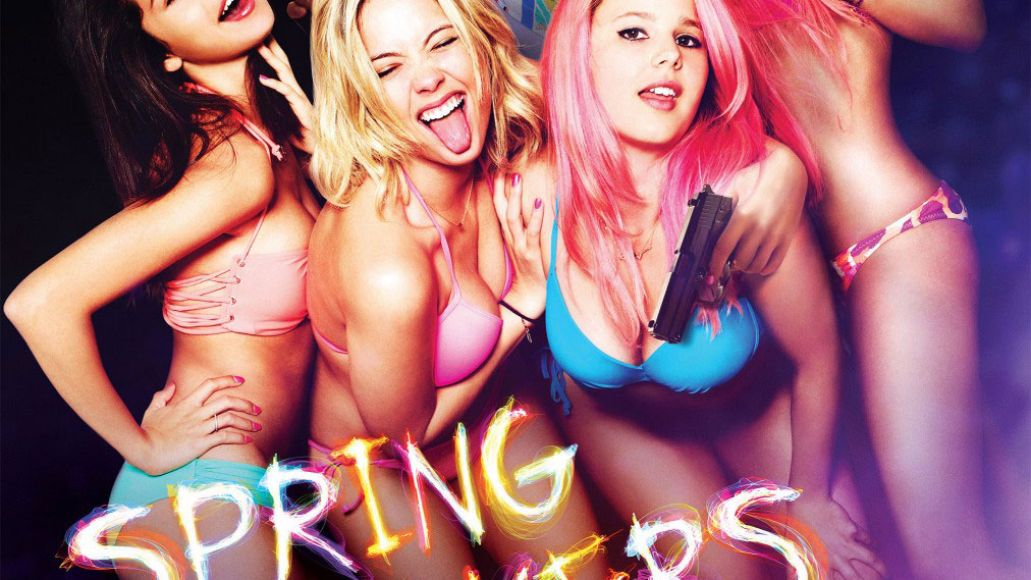 Groupthink: It’s a wonder that all the right spices ultimately coalesced for Spring Breakers to achieve the combination of violence, comedy, satire, and pathos that it does. Much of that is due to director Harmony Korine’s masterful command of tone, not to mention his understanding of how Buzzfeed nostalgia and escalating acts of rebellion manifest among disaffected millennials. But none of it would’ve landed without the perfect cast: As the four teens at the center of this crime fantasy, Gomez, Hudgens, Benson, and Korine deftly combine party-girl obnoxiousness with a fierce confidence that can’t help but both threaten and entice the hyper-masculine circles they invade. But once James Franco’s laughable-till-he’s-somehow-not Alien shows up, the girls begin revealing their true natures, meshing with the grill-wearing gangster until the world’s most unlikely alliance is formed. There might be no better portrait of the millennial underbelly than the choreographed sway the girls perform with ski masks and assault rifles as Alien plays a Britney Spears cover on piano. –Randall Colburn 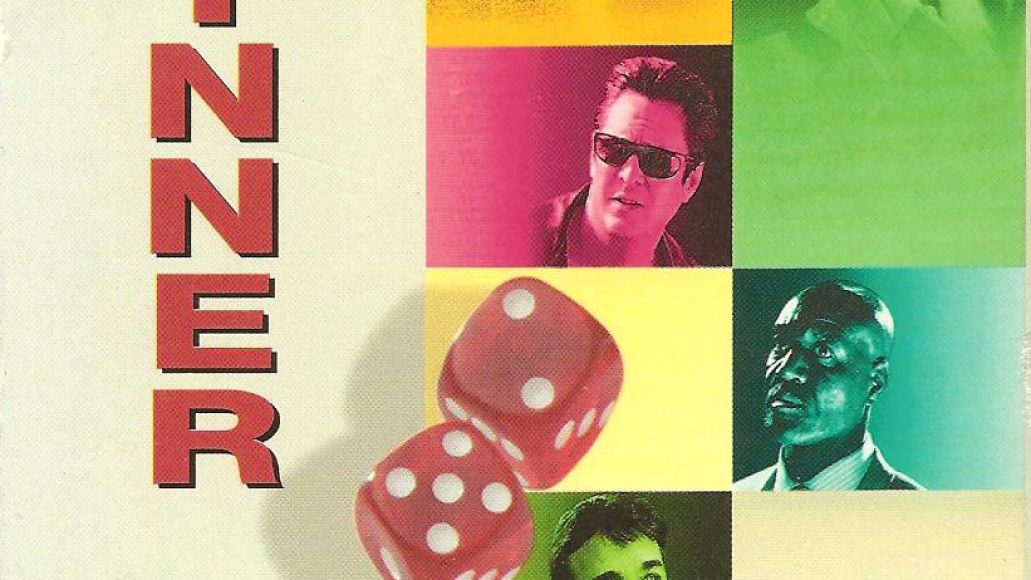 Groupthink: The Winner is a weird-ass movie. Released to zero fanfare in 1996, it follows a naive everyman who, after weeks of winning big at Vegas casinos, finds himself romanced and hustled by a number of quirky con artists, hitmen, and oddballs. A veritable who’s who of ‘90s eccentrics, the cast mellifluously melds the quiet menace of Michael Madsen, the amiable spasticity of Richard Edson, and Frank Whaley’s unhinged charisma. Billy Bob Thornton’s in full arthouse mode, and Rebecca De Mornay and Delroy Lindo help bridge the gap between the film’s sleazy Las Vegas milieu and the script’s bracing surrealism. –Randall Colburn 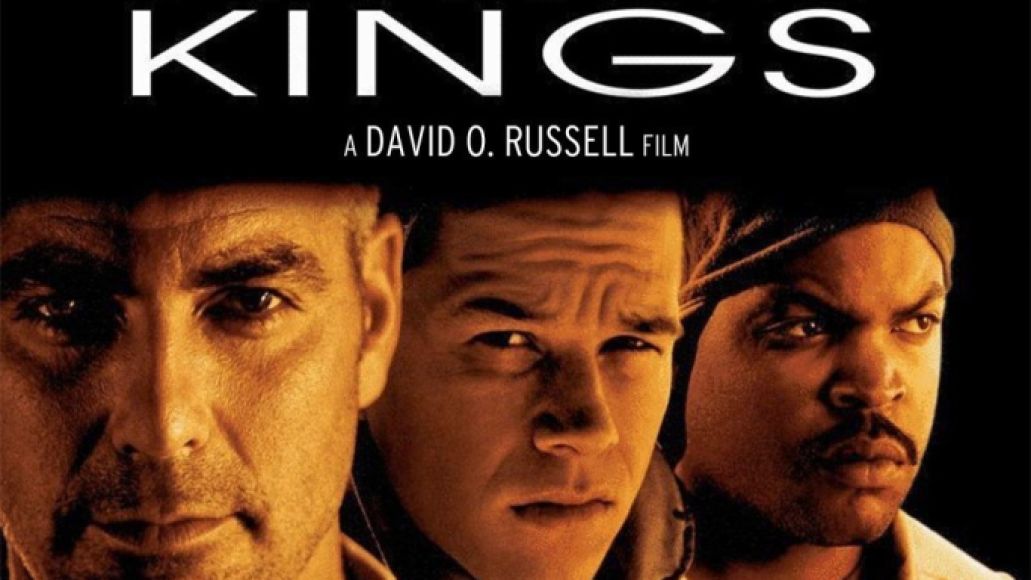 Groupthink: A twisted take on Treasure of the Sierra Madre set in the immediate wake of the Gulf War, Three Kings embraces the madness of its premise: four American soldiers on a quest for Saddam Hussein’s hidden gold. Each of the leads brings something different to the table, with Spike Jonze standing out as the dimwitted but well-intentioned Conrad. George Clooney and Mark Wahlberg bring charisma in spades to this dark comedy, and Ice Cube serves as the gang’s moral compass. Yes, you read that correctly. –Collin Brennan 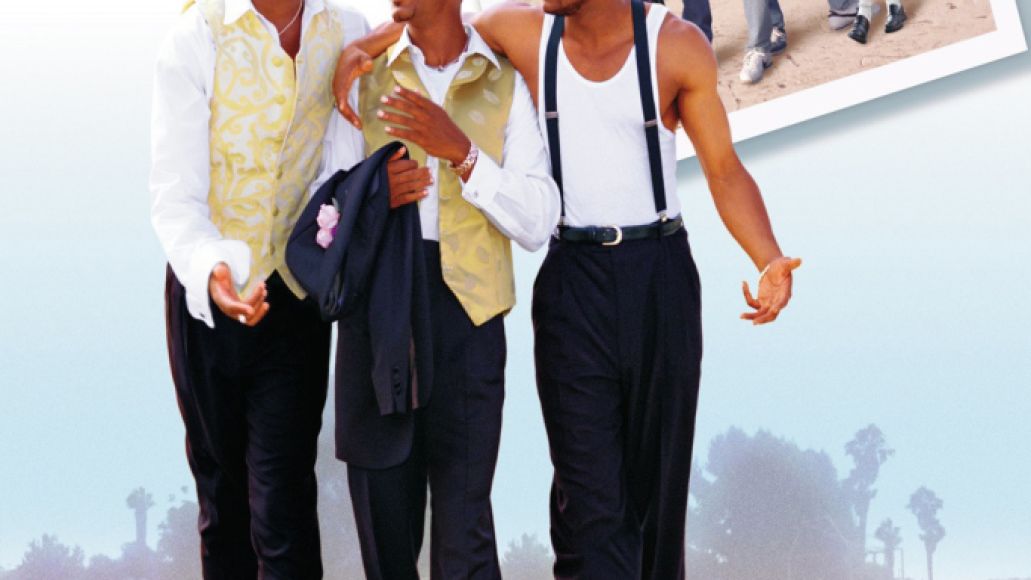 Groupthink: Rick Famuyiwa garnered a ton of praise for 2015’s Dope, but 1999’s The Wood set a high bar for what to expect out of the Nigerian-American director. Taye Diggs, Richard T. Jones, and Omar Epps star as friends on the cusp of adulthood who spend the hours before Diggs’ wedding reminiscing on various episodes from their youth. It’s a quiet, unassuming coming-of-age tale disguised as a romantic comedy and one of the truly underrated entries in the buddy film genre. –Collin Brennan 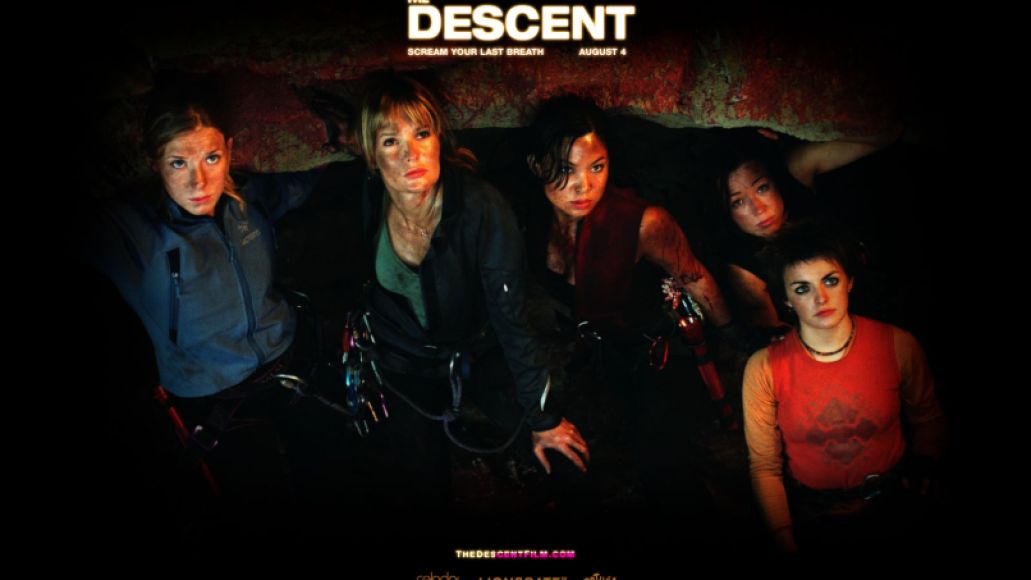 Groupthink: The Descent’s got everything a horror fan could ask for: vivid gore, terrifying creatures, and an environment that’s every bit as threatening as the monsters. What it also has is something that, even in the 11 years since it was released, is still a rarity: an all-female cast that asserts itself as much more than a mere collection of damsels in distress. Every member of the film’s central spelunking crew is well-drawn, both in their personalities and interpersonal conflicts. Unlike most pick-em-off horrors, you’re not rooting for any of these women to meet their fate, if only because the core dynamic among them is so resonant. –Randall Colburn 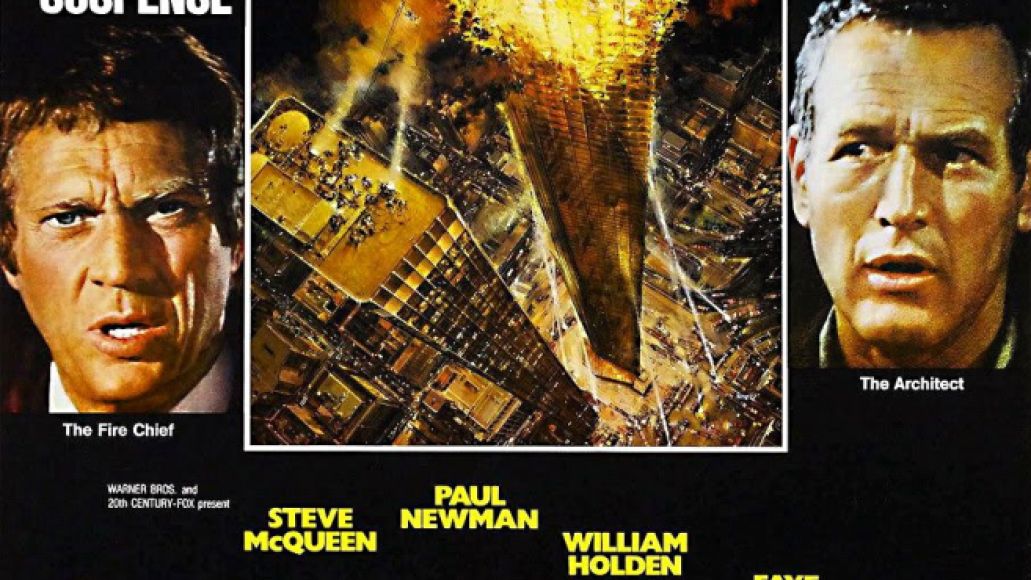 Groupthink: The Towering Inferno’s aged about as badly as the other disaster flicks of the ‘70s. Poseidon Adventure, Airport, Earthquake, The Swarm… There are too many expensive, sappy films with great casts in that decade to count. But for all intents and purposes, The Towering Inferno had the very best cast of the bunch, and it curiously got three Oscars and a Best Picture nomination. Nice going, Irwin Allen. Why put out a fire with water when you have the power of Paul Newman’s blue eyes guiding the way? Or maybe Dunaway could have yelled at the fire to put out. Or O.J. … nevermind. –Blake Goble 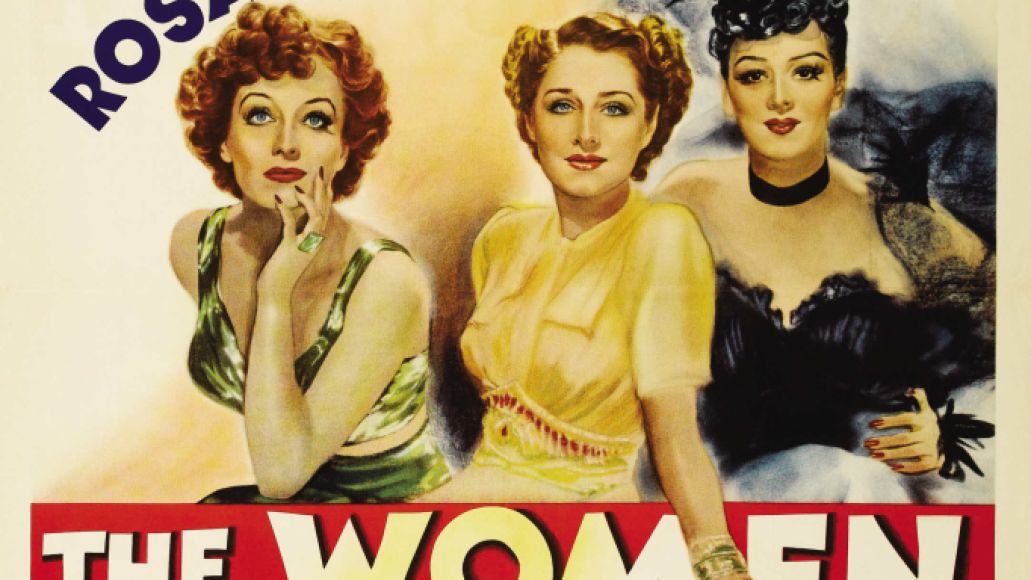 Groupthink: The Women had titans of old Hollywood. Adapted from Clare Boothe Luce’s play of the same name, The Women is just that. There are no men featured. Joan Crawford, Norman Shearer, and Rosalind Russell are Manhattan socialites and wives who have a blast gossiping about their dopey dudes for the sake of high dramedy. And quickly: There is in fact a Diane English remake from 2008 that also has a good cast, but it’s incredibly avoidable. –Blake Goble 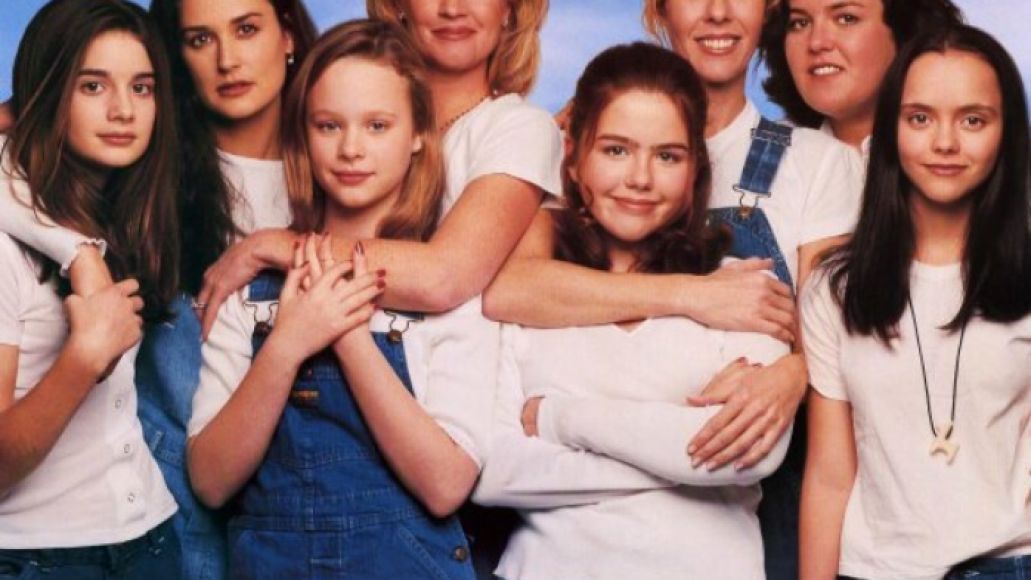 Groupthink: You remember this one, right? If you were a young girl of the ‘90s, this was prime sleepover viewing. If you were a boy, you likely walked into your sisters’ sleepover and wound up staying for Now and Then on the grounds that the cast was familiar and the film was quite fun. Lesli Linka Glatter’s coming-of-age film runs with its cutesy, giggly nostalgia trip as it assembles a two-sided cast of the most recognizable girls and women from 20 years ago. –Blake Goble 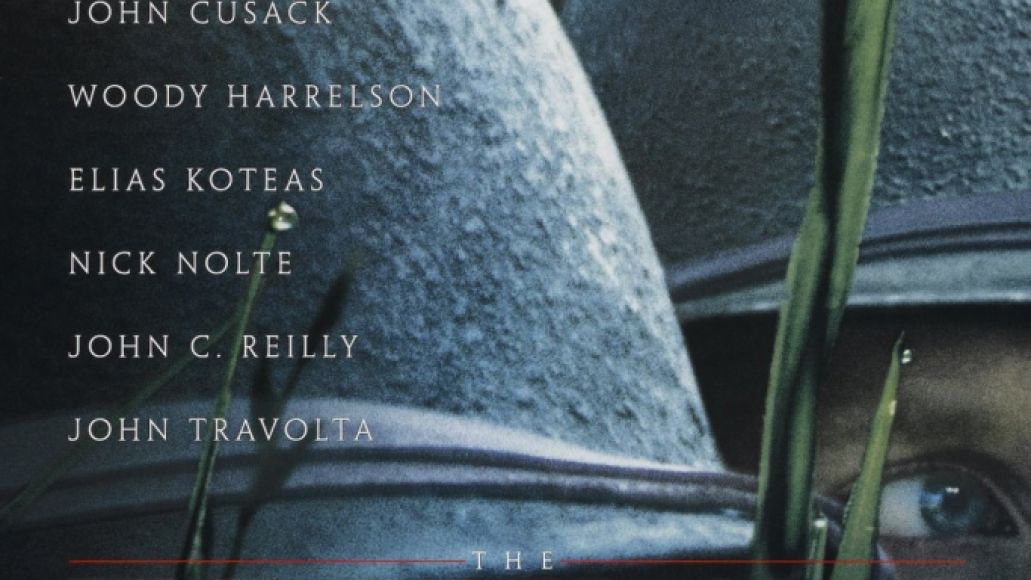 Groupthink: If you were a white male actor circa 1998 in Hollywood, you were more likely than not considered to play a role – big, small, or doomed to hit the cutting room floor – in The Thin Red Line, Terrence Malick’s return to filmmaking after a 20-year absence. The cast is positively sprawling, an ensemble film in every sense of the word. There are arguments to be made for Jim Caviezel’s Private Witt, Ben Chaplin’s Private Bell, or even Adrien Brody’s Cpl. Fife (whose role was famously hacked to pieces in the editing room) as the film’s protagonist, but long stretches of the movie unfold without them, and many of its most affecting moments happen to supporting characters like Nick Stahl’s cherubic Pfc. Bead or Dash Mihok’s Pfc. Doll. If you’re really trying to capture the enormity of war, you pretty much have to forgo a traditional protagonist; Malick’s movie is about war’s cumulative effects on the psyches of men who are bound to a brotherhood whether they like it or not. It’s not about the individual here, it’s about the unit. –Randall Colburn

The 27 Best Film Ensembles: From Boogie Nights to Spring Breakers