Following a 22-year hiatus, Paul Westerberg and Tommy Stinson of The Replacements kicked off a long-awaited reunion tour at Toronto’s Riot Fest in 2013. After playing Coachella, Boston Calling, Forrest Hills Stadium and The Tonight Show over the next two years, the reunion concluded at Primavera in Porto, Portugal, last June. Though fans won’t be seeing the Minneapolis alt-rock outfit together onstage anytime soon, author Bob Mehr is giving us a nice, little consolation prize. Drawing on nearly 10 years of research and hundreds of interviews, Mehr’s new book, Trouble Boys, provides a meticulous and comprehensive history of The Replacements, a “band that became legends without ever really becoming stars.”

Trouble Boys is Mehr’s first book, but he already touts a stellar rock writing resume. He’s spent the last several years as a contributor for MOJO and Spin and currently writes for Memphis rag The Commercial Appeal. By his own admission, Mehr “devoted a third of [his] adult life and most of [his] brain cells to this book,” and it really shows. Coming in at 500-plus pages, Trouble Boys tells you everything you’ve ever wanted to know about The Replacements, from the band’s formation to their recent reunion tour. 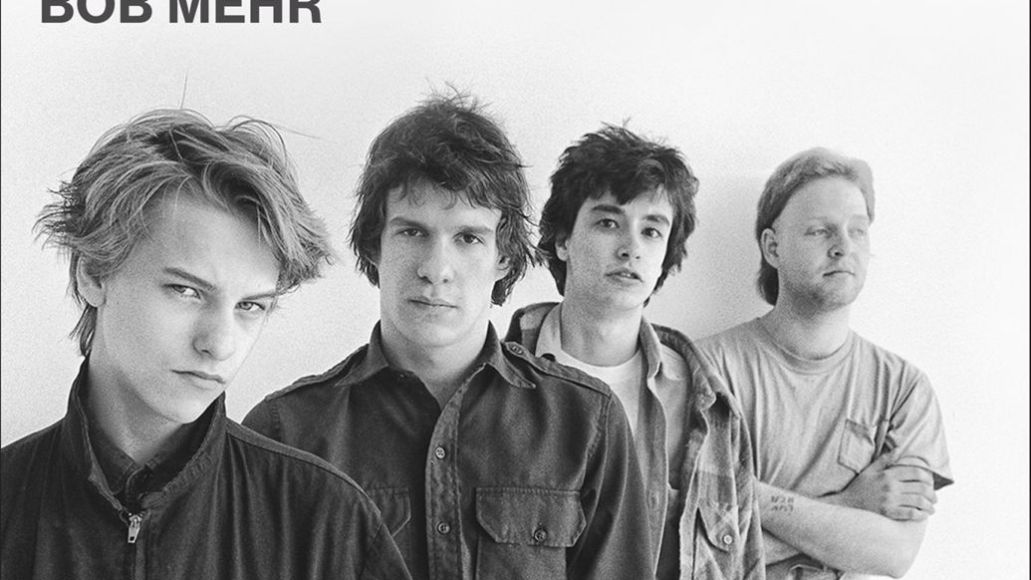 The book’s first section is devoted to the formative years of Paul Westerberg, Chris Mars, and the Stinson brothers. He presents the founding members of The Replacements as “children of war veterans and alcoholics, from families steeped in mental illness and abuse, products of Midwestern recalcitrance and repression.” In other words: “The sons of no one/ Bastards of young.”

Singer/songwriter Paul Westerberg is portrayed as a reluctant intellectual, a self-educated high school dropout who forced himself to read literature, “even if [he] didn’t enjoy it, as a mental exercise.” He was fanatically driven, hell-bent on spending his life making music. By age 19, Westerberg was fed up with playing alongside posers who were just “gonna go off to college or go become accountants.” Westerberg wanted band mates “who had no other fucking options in life.” He needed to surround himself with guys whose desperation matched his own, and that’s where the Stinson brothers came in. Bob and Tommy Stinson are shown as the byproducts of broken childhoods, rife with neglect and all kinds of abuse. For them, playing loud music truly was the only option, the only thing that made sense.

From the moment Westerberg joined the band (originally called Dogbreath because it sounded gross, then The Impediments because it sounded obstructive), he butted heads with guitarist Bob Stinson. Westerberg leaned toward punk and garage rock, while Bob Stinson favored heavy metal. But despite their creative differences, both respected the other’s musical chops and guts; passion for frenetic, reckless sound held them together. According to Westerberg, he and Bob Stinson bonded over having the balls to play really damn loud. Well, that and booze. Upon meeting Tommy Stinson, Westerberg immediately recognized the latent potential of a “twelve-year-old who sounded like a little girl and played like a motherfucker.” 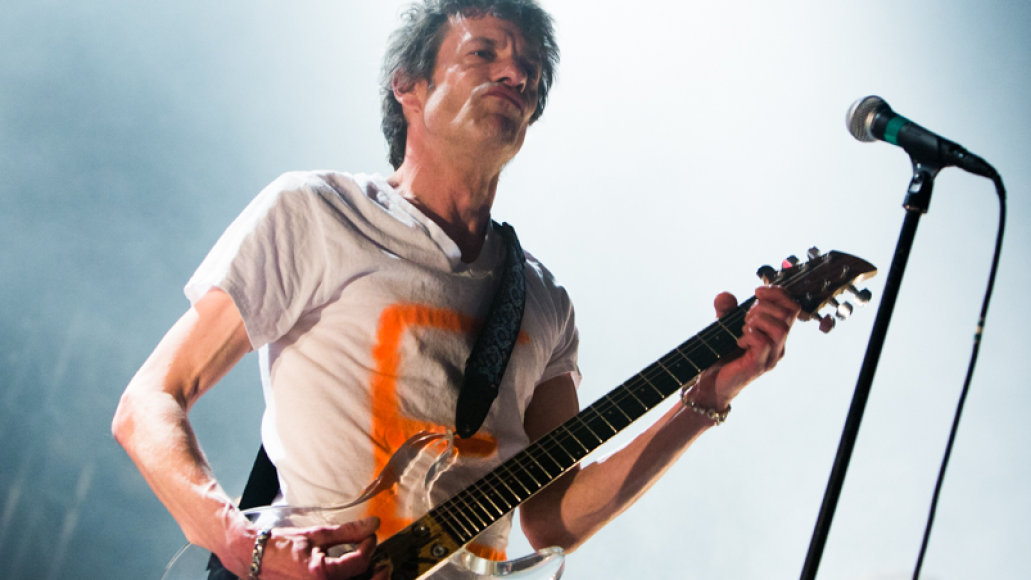 Initially, Westerberg saw himself as a “clever thief,” ripping off influences from Jonny Thunders, The Who, Sex Pistols, and “all the ‘70s pop radio shit.” Once Westerberg’s material was fused with the fierce hard rock impulses of drummer Chris Mars and the Stinson brothers, however, the band began offering up something special. Yet even as The Replacements were building a loyal fanbase, they still had trouble keeping food on the table. Between Mars “cashing in his food stamps to buy cigarettes” and the rest of the band living with their parents, times were tough. Throughout the early ’80s, their mission to make great music ran parallel to their struggle to make ends meet.

Trouble Boys hits all the high-profile Replacements highlights, from the band’s iconic SNL performance to their querulous relationship with local frenemies Hüsker Dü. Each of their studio albums is discussed in extensive detail, giving us a great sense for what made the band tick. 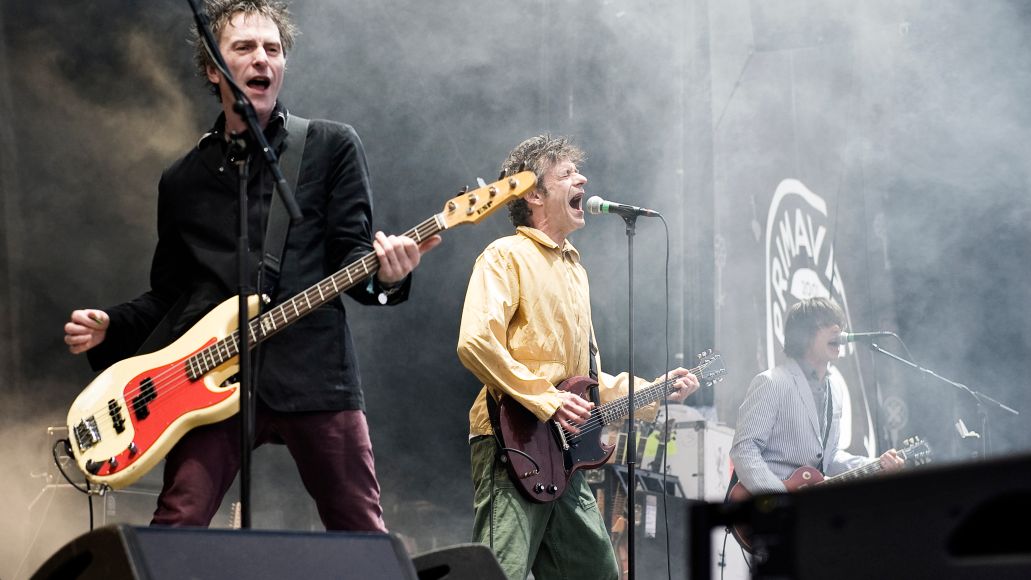 Mehr’s book is brimming with amazing anecdotes and colorful episodes. For starters, Mehr does a fantastic job capturing the band’s live performances. From his dense descriptions, you can vividly picture Mars pounding the drums, “mouth open, baring teeth and breathing hard,” as Bob Stinson unleashes “wild, dexterous solos while grinning broadly” and Tommy Stinson bounces “up and down like a kid who’d had too many bowls of Sugar Smacks during a Saturday morning cartoon binge.” Meanwhile, there’s Westerberg “gargling out the words like a coyote … stumbling into his own band mates as if they didn’t exist.”

The section detailing the band’s ’81 Duluth show is also stellar. While playing “Rattlesnake”, Westerberg’s guitar snaps at the neck, gashing his head. Blood gushing, he led the band in a rambling rendition of “I Hate Music”, bashing his guitar against the stage à la Pete Townsend.

The Replacements were a dynamic band, tweaking and modifying songs from one take to the next. They group-rebelled against their label’s standard method of recording a song several times before settling on a final cut. Short on patience and high on speed, Westerberg liked to ad-lib intros and lyrics, refusing to adopt any one definitive version. Though this infuriated producers, it also endowed the band’s studio LPs with a distinctly raw, frenetic, impulsive vibe. By giving us an intimate glimpse into The Replacements’ recording process, Mehr allows us to better appreciate this unique aspect of the band.

The extreme comprehensiveness of Trouble Boys is clearly one of its greatest strengths, yet this feature may also render the book inaccessible to many readers. If you’re only casually interested in the band, this 520-page saga probably isn’t for you. Then again, The Replacements aren’t really a band that attracts lukewarm followers. 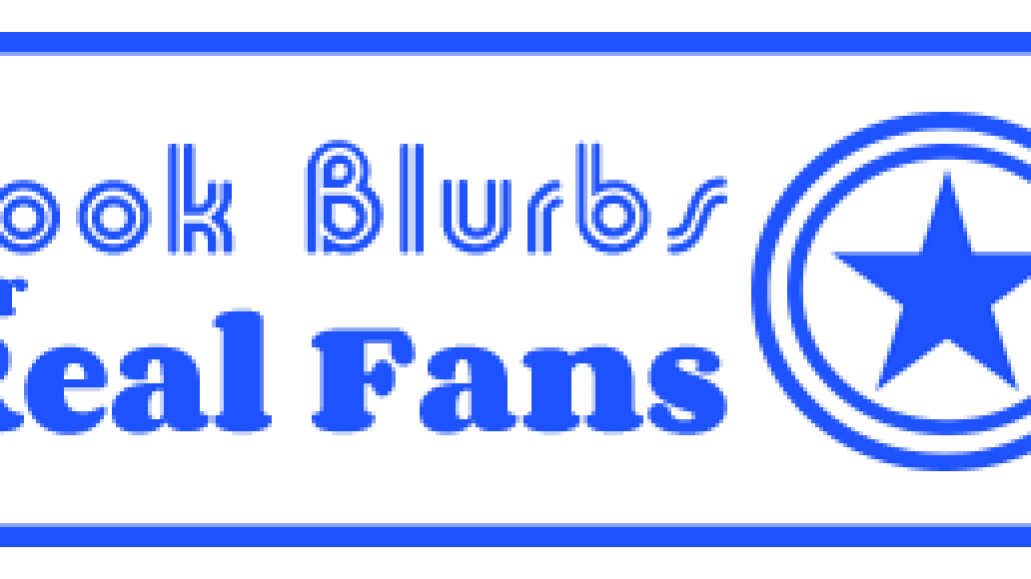