Next week Ween will return to the stage for a three-night residency in Broomfield, Colorado, marking their first shows together in over four years. With rehearsals underway, Dean Ween has provided fans a preview of what they can expect to hear, and spoiler: it’s a lot.

As Echobase points out, Ween told a Facebook fan page that the band will play 94 songs (!) over the course of the three nights. Not only that, but Ween said that’s not including fan requests, and no one song will be performed twice. If you suck at math, that’s a minimum of 31 songs per night. 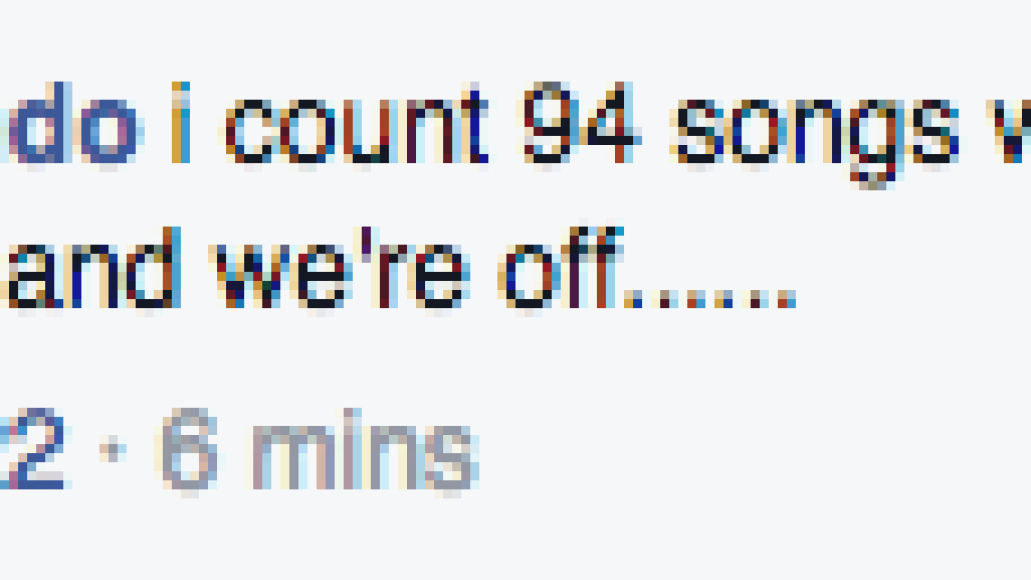 In related news, Ween have confirmed a few additional reunion shows, including an appearances at Austin’s LEVITATION Festival in May and Bonnaroo in June. See the band’s updated itinerary below.