Right now, I don’t have a backup plan for if I don’t make it. But even if I … I’ll just have to move on.

That’s the first sentence you’ll hear when you press play on Potential, the new album from James Hinton’s musical project The Range. The phrase is repeated throughout the song as Hinton lines the walls with break beats, ambient vocals, and a propulsive bass. The music evokes a hyperkinetic sense of anxiety and uncertainty, but there’s something else lurking beneath all that: determination.

The opening line serves as a mission statement for Potential, a record about forcing yourself to move forward even when bogged down by disappointment. “I really like that part of the record,” says Hinton, “because not just in music but in everything, you have to come to peace with that idea, and you have to act in life. You have to make that leap and deal with the consequences.”

Speaking over the phone about a month before the album’s release, the excitement in Hinton’s voice is palpable. He’s in the midst of preparing the setup for his upcoming tour, which includes a type of holographic screen that will be projected in front of his face, sort of like a picture frame. Hinton describes it as “trying to quote what the project was about with YouTube, but in a live setting.”

Anyone who has followed Hinton’s career to this point knows how integral YouTube is to his sound and aesthetic. In 2013, he made waves with his debut album, Nonfiction, and breakout single “Metal Swing”, wherein he loops a hypnotic beat around a YouTube clip of an unknown grime rapper. Hinton’s songwriting process includes searching YouTube via algorithms that he keeps to himself, finding clips of amateur singers, and constructing a world around their voices. 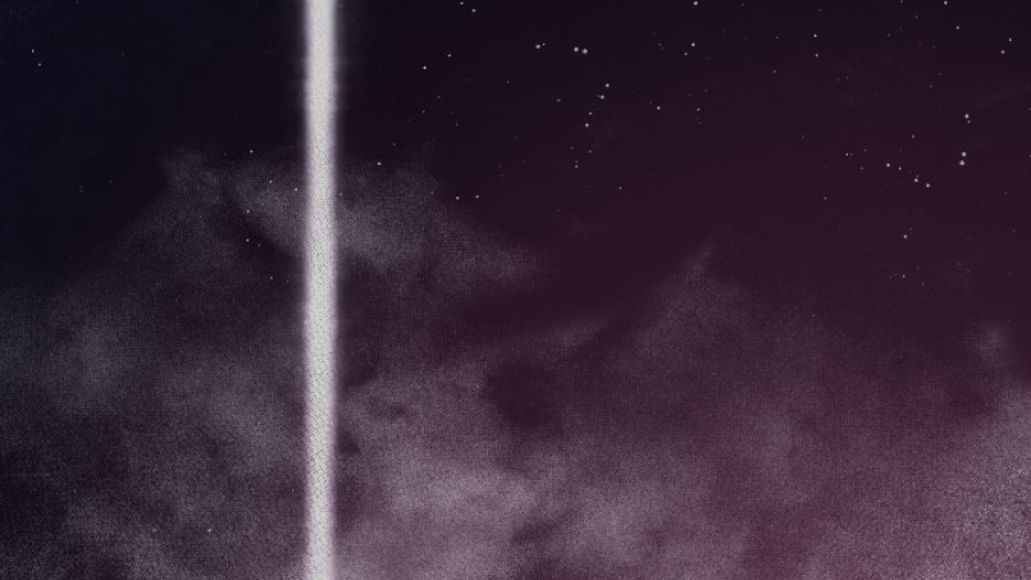 If Nonfiction explored that idea, Potential pushes it to the extreme: Nearly every song on the album is constructed around the voice of someone Hinton found online. “Having performed a lot of the songs on Nonfiction, that’s what I was most excited about — the idea of who these people are, their stories, and narratives,” Hinton explains. “That’s why I wanted to focus on it and choose that path for Potential, to have a record that’s fully formed in that sense.”

Hinton’s view is that finding these videos of unknown singers allows him to tap into the kind of authentic human emotion that’s hard to capture in a professional studio. “It’s a whole different mindset,” he explains. “If you’re going to just sit in front of a camera and talk about your day and what you’re feeling, when you take that into the studio, it erases a lot of the rawness and reality. In a daily sense, these are things we all go through in our lives that maybe pop music chooses not to express.”

Hinton is by no means disdainful of pop music, but he is trying to push deeper — to uncover some of the tension and yearning that often simmers beneath more polished work. For Potential’s lead single, “Florida”, he found a clip of relatively unknown singer Kai performing a cover of Ariana Grande’s “You’ll Never Know”. Kai’s vocals, sampled on the chorus, infuse a simple song about moving on from a crush with a dramatic rush of yearning and regret.

“I just caught the way Kai’s face was expressing that part, and I felt that’s real, that’s serious,” Hinton explains. “There’s something about the chorus that’s so special. There’s a desperation there that I tuned into. Honing in on that, you can accentuate that with the instrumentation, and you can magnify whatever the emotion is. What works in the song for me is that they complement each other and whisk each other into that desperation, that longing that wasn’t in the original version.”

Hinton’s method is far from an exact science. He explains that of Potential’s 11 songs, roughly half were built around a sample he found first. The other half found him inserting a sample into music he had already written. He spends hours combing through YouTube, trying to find clips that stick out to him and saving them to a folder on his computer so he can work while traveling, searching for that moment when the pieces click together.

“When it works, you have this awesome thing where the vocals are bettered by the instrumentation, and the instrumentation is bettered by the vocals,” Hinton explains. “But sometimes it’s wrong, and you’re trying to force it. Sometimes you get psyched on something but wake up the next day, and it’s not quite right. It’s very much a flawed process and takes a long time.”

Hinton’s creative process can be as frustrating as it is fulfilling, and he addresses that in his songs. One way he does so is by leaning heavily into the grime influence that’s prevalent on both Nonfiction and his new record. Lyrically, the focus tends to be on daily struggles and anxieties, and the rush of the grime cadence fits the nervous tension of Hinton’s backing tracks. “Something about the propulsion of grime music, the poetic meter, lends itself well to my music,” he explains.

With so much of Potential focused on the voices of aspiring musicians from around the world, it’s natural that Hinton would begin to grow more interested in finding out about them. “You just become curious after a while,” he says. “You spend so much time with the words and realize you don’t know anything about the people behind it at all.”

With that in mind and backed by his label, Domino, he set out to track down all of the people whose voices he sampled, both to show them the song and to get to know their stories. In a documentary called Superimpose, due out this spring, Hinton chronicled his experience meeting each of these individuals.

It was a difficult process, tracking each of these people down. Some were fairly easy to find, but others led him on longer hunts. For one gospel singer he sampled on an earlier EP, he searched online and turned up a cousin of the man, who reached out to the singer’s wife, who finally connected him with the singer himself. “Imagine how crazy that sounds,” Hinton reflects. “Like, ‘Hey! We’re trying to get in touch with your uncle for a video he put online. Can you reach out to him?’ I was almost a private detective, trying to get in touch with these people.”

To his surprise and relief, everyone he reached out to was excited about it, and most were interested in participating in the documentary. Hinton’s search was full of surprises like Damian Gordon, a Jamaican reggae singer who goes by the name Naturaliss and works as a corrections officer. The most striking aspect for Hinton was getting to know the people whose voices he had become familiar with in an entirely different context.

“You find people on YouTube, and you listen to them so much that you kind of assume you know a lot about them,” he says. “There’s so much information in the way people present themselves and the way they speak that you think you know them … Seeing them on the documentary was both confirming that and disconfirming it, in good ways.” 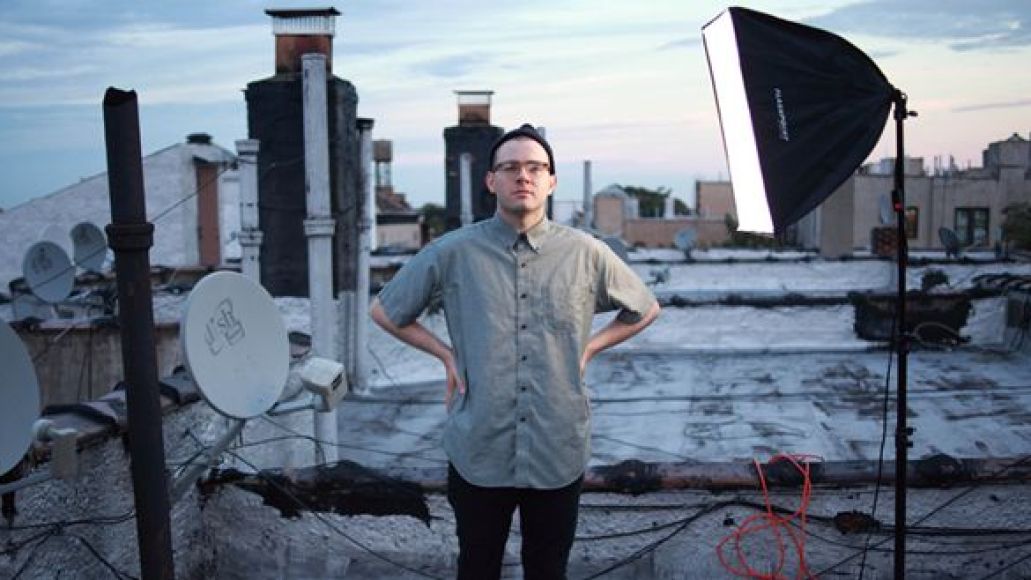 A notorious tinkerer, Hinton waited until he had each song compositionally complete before reaching out to the singer in question. “If you know nothing about my music — which of course none of these people did — it’s not the easiest concept to try and explain unless I have the final thing,” he says. For Hinton, the idea of what each song meant to him was formed in a vacuum. By meeting the individuals whose voices he used, he was able to confirm his own meaning while getting to know a different viewpoint.

What mostly fascinated him about this project was learning why people put videos of themselves on YouTube in the first place. The stories he found dispel the notion that they’re just doing it in hopes of trying to catch a break and get famous. “I know it’s there, but I think for a lot of these people on the record it’s categorically not the case,” Hinton says. “They just want to make music, be out there, and be a part of the conversation.”

For Hinton, it all comes back to the idea that you have to find peace with the decisions you make in life and push forward, finding a balance between hope and regret. “It’s fundamentally a paradox,” he muses. “You can’t really rationally hold both of those positions. But I think as a human, a luxury we have is that we can try to trick our brains into believing both of these things. There’s moments that are grim and with despair, and you change as a person. Relationships start and finish, and that’s okay. It can suck, but you have to embrace that.”

This view is not just the self-described cornerstone of Hinton’s psychology; it’s the outlook that guides his new album from beginning to end. Potential is a remarkably human work, filled with longing and despair but most of all a sense of acceptance — a will to move on and strive for something better.

“You have to trick yourself into this fundamental thing of constantly being excited and hopeful about the future, even though things are grim,” Hinton reflects. “You have to embrace that.”

The Secret Collaborator: A Conversation with The Range's James Hinton