Exotic vacations. Crumbling relationships. Political rage. These are often the wellsprings from which musicians and songwriters draw when it comes time to hit the studio for a recording session. That wasn’t the case for singer-songwriter/actor Peter Donovan, who leads Seattle-based outfit All the Real Girls.

Shortly after wrapping up shooting one day on indie film Lost on Purpose, Donovan swung by a bar just outside of Bakersfield for a couple of pints. It was there that he befriended a chain-smoking 70-year-old woman named Jo. She not only grew to become a surprisingly solid drinking buddy, but the firecracker that sparked his creativity and drove him to put pen to paper.

“She started giving me her entire family history, like five generations of it,” Donovan recalled in a press release. “Adultery, botched kidnappings, crazy cult leaders, schizophrenic starlets. It was nuts. She basically just inhaled white wine, smoked like a chimney, and told me all these crazy, amazing stories all night.”

At the time, he’d just contributed songs to Lost on Purpose and didn’t think he’d be back at it again so soon; plus, some of the tales sounded mighty tall. Still, he couldn’t help himself. “I wasn’t thinking at all about songwriting, but these stories were just too good,” he said, “I started picturing all these crazy, sordid characters intersecting each other’s lives in some tiny Oklahoma town.” He added, “I was writing as soon as I got back to my room.”

Those wild anecdotes eventually became the backbone of Elk City, the forthcoming album from All the Real Girls. To help turn the 12-track collection into a finished piece, the band — which also features members Jason McGerr (Death Cab For Cutie) and Jim Roth (Built to Spill) — enlisted the help of expert producer John Goodmanson, known for his work with Sleater-Kinney and Nada Surf.

Ahead of the LP’s June 17th release date, Donovan & co. have shared its title track. Here, sweeping melodies coexist with twangy, pastoral instrumentation, as Donovan, like a young Conor Oberst, recounts a farewell party for a fallen loved one. The story, of course, was pulled from good ole Jo, who had told him about her sister’s death and the family tradition they held in her honor:

“She stopped all the clocks in the house right at the time she found her sister and then invited a bunch of people over to drink wine and play cards and they would all take turns sitting in with the body, saying goodbye. The whole thing seemed really bizarre to me at first, but the more I thought about it, the more I kinda liked the idea that this when this person died, her whole experience was basically just a big going away party with all her closest friends.” 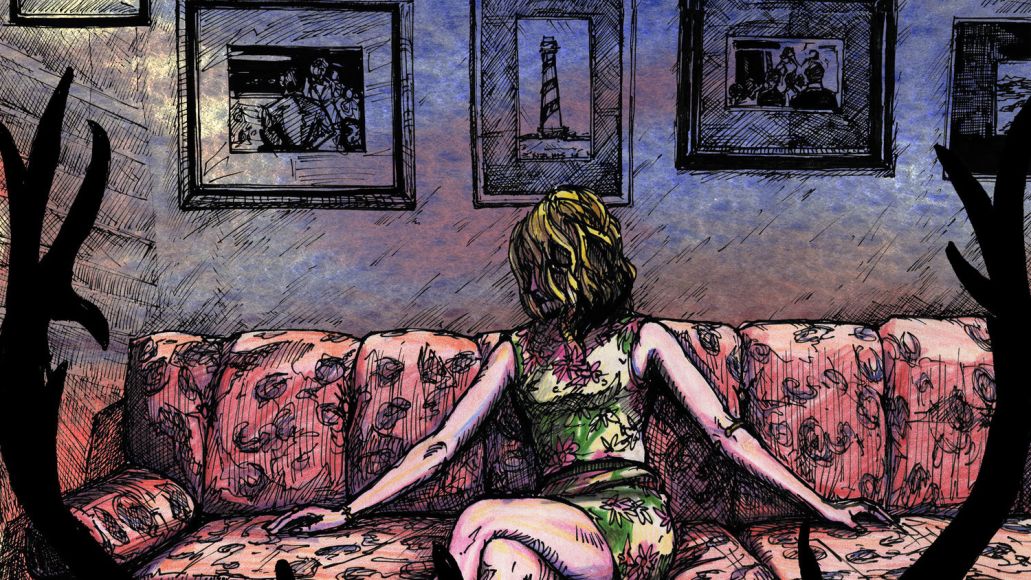