With GNR just a month away from hitting the Coachella stage, word surfaced that Axl Rose had been tapped to front his childhood heroes, AC/DC, in place of Brian Johnson. The rumor originated from Atlanta radio DJ Jason Bailey, who claimed Axl was in Atlanta meeting with the members of AC/DC. A representative for AC/DC twice refused an opportunity to squash the claim when reached for comment by Consequence of Sound.

Now, TMZ has shared photographs of Axl Rose leaving an Atlanta rehearsal space, and they’re pretty damning. That’s because shortly after Axl was spotted (holding an energy drink, no less!), members of AC/DC were seen exiting the same space. 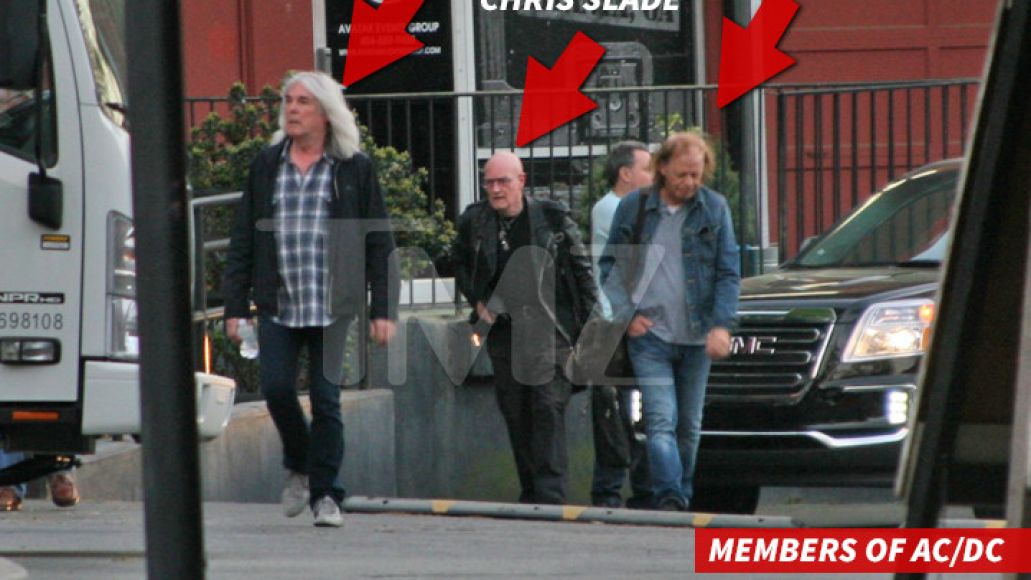 As it stands now, AC/DC are due to back on the road in May with several European dates scheduled. GNR, meanwhile, have several dates confirmed for April, and just last week, confirmed plans for a 21-date summer tour. It’s conceivable the two bands’ tour schedules will be lined up in such away to allow Axl to front both bands, but with a new Ninja Turtles movie on the horizon, that’s a whole lot of responsibility and money riding on one notoriously flaky individual.