How do you tell the story of a man? Is it in the details, the events of his daily life? Or is it somewhere deeper; somewhere closer to the soul? Robert Budreau, director of the new Chet Baker “anti-biopic” Born to Be Blue, starring Ethan Hawke, finds a man not in the specifics, but through lyrical, cinematic rumination.

From his 2009 short, The Deaths of Chet Baker, to his new feature, Budreau has been transfixed by this enigmatic figure. “I think, as a character, he’s fascinating because of the inherent contradictions that he brings,” he says. “I think his music is a starting point and it’s very romantic and mysterious and beautiful. The themes of addiction and race and music in America his story raises … all were just very attractive to me.”

In Born to Be Blue, Budreau focuses on two years in Baker’s life, 1966 and 1967, a “period in America when jazz was dying and rock ‘n’ roll was on the rise.” This is the scene where the struggling artist waged his own comeback across Los Angeles and New York, and Budreau paints that world with a touch of realism, shying away from the period’s typical representations.

“We all have stereotypes of the way the ’60s are and the ’50s are and I think you have to incorporate those,” Budreau contends. “If your movie is set in ’66, for example, or 67, most people are living in the late ’50s or early ’60s of style. Just because your film is set in ’66 or ’67, everyone shouldn’t have tie-dyed shirts and muscle cars like you’re in American Graffiti or something.”

Likewise, to tell the comeback story of a contradictory and mysterious character, the director wanted to work against the tropes of biographical narratives. Budreau insists, “I did not want to tell a traditional music biopic. I wanted it to remain tonally true to the spirit of jazz.”

What does that mean?

“You want to balance a certain emotional core and heart with a less plot driven narrative that feels organic and true to jazz,” Budreau explains. “It’s a tricky balance because if you go too far with that you can lose people and it can become too artsy. If you go too traditional, you’re back to a cliché music biopic.” To tell the story of a jazz musician, the filmmaker had to riff a little himself, improvising with film form, style, and narrative.

Narratively, Budreau moved back and forth between the reality of Baker’s life and events as they could have been. “I think most purportedly authentic biopics make all kinds of stuff up, all kinds of events, all kinds of characters,” Budreau argues, “but they’re not up front about it and present it as the truth. We wanted to celebrate that this is, to a certain degree, a fictionalized tale and not lie about that.”

At the same time, Budreau had to find a narrative structure that would still leave room for formal and narrative riffing. “Step one was deciding on a frame for the story, which was a year or two in his life and starts with him losing his teeth in a beating and ending with him having a comeback that would force him to make a choice,” he says. “So knowing that was the frame, we found turning points between that based on his real life and improvised.”

The filmmaker couldn’t have found better improvisational partners than his two romantic leads, Hawke and Carmen Ejogo. He calls their love story the “emotional core” of the film, which tends to capitalize on intimacy over excess. Of course, it helped that Hawke was already a fan of Baker, so much so that he had already been attached to a biopic on the late artist, which was to be directed by his recurring collaborator Richard Linklater. 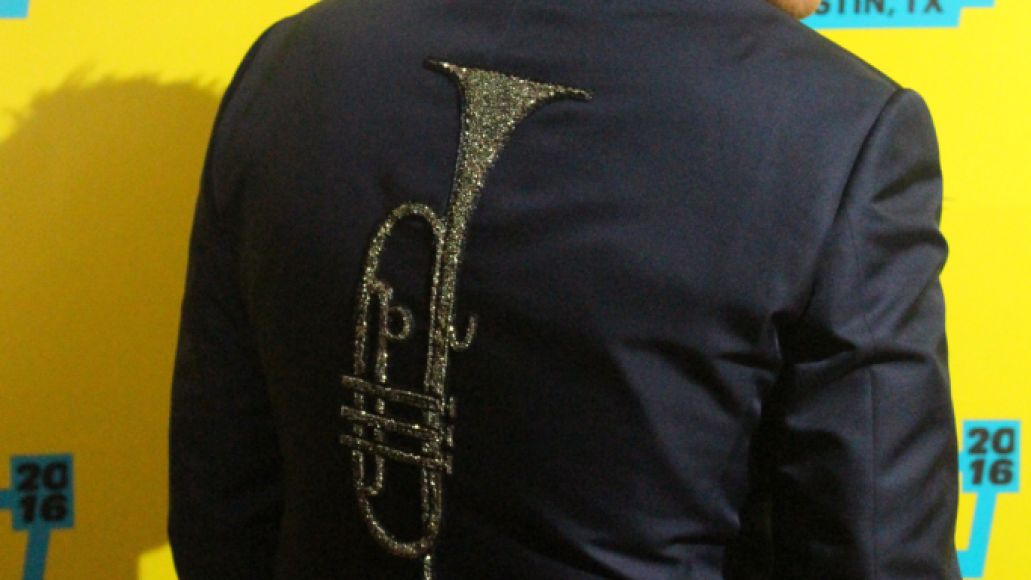 “Ethan came with a wealth of passion and knowledge about Chet Baker, and also a way of working collaboratively because of his experience with Linklater and his experience with theater,” Budreau says. “A lot of it for me was recognizing this was a very personal and passionate thing for Ethan. He adds: “Any insight into the man or at least the spirit of the man comes with Ethan’s performance.”

Hawke’s screen partner, Ejogo, brought a warmth and humanity to the female amalgamation of Baker’s love interests. “Her toughness and her intelligence and obvious beauty was such an asset,” he adds. “I think she was really able to play off of Ethan and challenge him and help him give him the performance that he gave.”

Naturally, the other star of this film is the music. To help capture Baker’s talents, Budreau turned to long-time collaborator David Braid. Braid, along with trumpet player Kevin Turcotte, created an entertaining yet flawed musical landscape.

“This film is about him not being able to play and having to come back,” Budreau explains. “So, we had to intentionally design certain songs like ‘Summertime’ with flaws. In the pizza parlor, he plays badly, but it can’t sound too bad because then you’re just going to turn off the audience, so Braid and Turcotte did a really good job playing it off but still pleasurable enough.”

Song selection also became a challenge, as Budreau wanted the music to be inviting to a larger audience. “It was important for me that this wasn’t exclusively a niche jazz film. I spoke to David a lot about finding tunes like ‘Over the Rainbow’ and ‘Summertime’, all tunes that Baker did, and you know, tunes that non-jazz lovers know.”

With Born to Be Blue, Budreau invites us all into Chet Baker’s ever-shifting world. The director deftly strikes the balance between classical narrative and formal invention, between the truth and the spirit — and it’s emotionally gripping. That feeling is something Budreau knows all too well, admitting: “It was easy to get sucked into the vortex of Chet’s music and his story.”

To paraphrase Baker, you’ll fall in love too fast.

Born to Be Chet Baker: Robert Budreau on His Funny Valentine