Gallant wants you to know he’s an honest man. Shockingly so for a 24-year-old, which was as clear from sitting down with him for just a few minutes on a quiet Austin patio as it is considering his music.

In 2014, he released the Zebra EP, a collaboration with friend and producer Felix. Fresh out of NYU with music degrees, the pair chose to ignore the industry tide and just do “whatever we felt was an honest representation of who each of us were as people.” That led to a diaristic project mixing ambient waves and R&B at its most glimmeringly minimal. “Lyrically, I was really diving into themes that I didn’t talk about in public. It was kind of like, ‘No one’s gonna hear this; I can just write whatever.'”

He soon found that such unveiled emotion wasn’t working amid the “manufactured bullshit” he felt permeated New York City, “an island that clearly just wanted all the human beings out.” He headed to LA, a potentially ironic move for someone seeking an honest town, but Gallant lucked out. While performing for a tiny crowd, he met booking agent Tom Windish, manager Jake Udell of TH3RD BRAIN, and Mind of a Genius record label head David Dann. “I guess for them, that was the start of something,” Gallant says of this first encounter with his future team, “but for me, we started naturally entering a relationship that didn’t even feel like a work relationship … No paperwork was involved.” With a mix of reverence and relief, he explains that he knew they wanted to work with him “for honest reasons,” an experience he hadn’t encountered with prior industry folks.

With a team that wasn’t pretending, Gallant felt free to create the way he wanted. He treats his songs like a diary, a place to analyze and meditate on whatever is stirring inside him. Unconcerned with presenting any persona besides the one he innately maintains, his forthcoming debut LP, Ology, is 100% Gallant. Where other R&B artists sing about sex and drugs, he talks about self-doubt (“Shotgun”) and personal value (“Bone & Tissue”). He gets into relationships, too, but in tracks like the emotional “Open Up” and the poetic “Weight in Gold” (which debuted as Beats 1 Radio’s premiere World First).

For Ology’s production, Gallant found a partner and friend in Stint, who gave him a stunning platform of astronomical R&B, electronic flourishes, and rich atmosphere — just the sort of thoughtful vibe where Gallant feels most comfortable. “It feels good to have that kind of foundation and the freedom to say, ‘Okay, today I’m gonna talk about this completely fucked-up shit and just having no fear and no self-consciousness involved in just fucking around and seeing what works.” 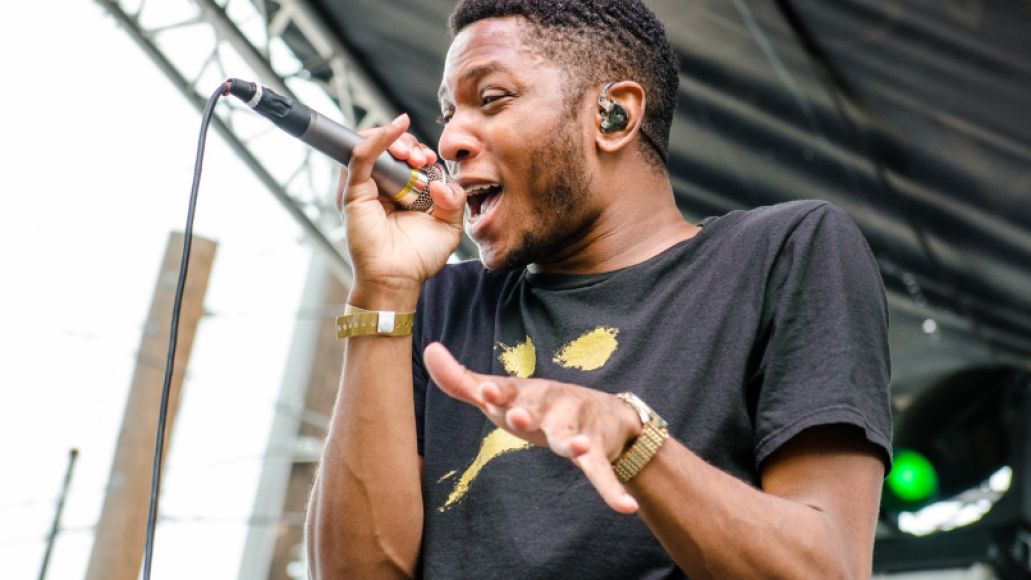 While tackling themes of talking to yourself and the physicalization of emotions, Gallant draws from an array of influences. Take his cover of Foo Fighters’ “Learn to Fly”; he’d just laid down some new production when he came across Dave Grohl’s lyrics while seeking inspiration. Though the words meant one thing in their context, they fit what Gallant was feeling in a completely new way. “I didn’t want to just subconsciously draw influence from that because I didn’t think that would be the most honest thing that I could do,” he explains. Deciding to cover it transformed the song into something that remained true in its own way. “When I read lyrics like Incubus — ‘I dig my toes into the sand/ The sky resembles a backlit canopy with holes punched in it’ — it paints that picture so well, and it makes me feel things that are just completely equal to how I feel when I’m listening to Toni Braxton.” Opening himself to things that aren’t archetypal to his style of music allows him to dig deeper into his own truth.

In a similar way, he’s also sought disparate touring partners. “I was looking for tour opportunities, and the cliche ones would come through that would be an incredible honor for me, but would be expected,” he says. Then a chance to join Sufjan Stevens on a seated theater tour arose. Though it “made no sense” on paper, Gallant knew he had to do it. Though historically conservative on stage, he says he “felt like I would be doing [concertgoers] a disservice and an injustice if I didn’t completely lose myself … in order to give them as honest a representation of what it feels like to write that music and say those lyrics.” Watching him perform “Bourbon” was like witnessing the impact of that choice; the bridge became so powerful that the guitar solo literally knocked him onto his back.

This unfalteringly candid approach to his craft, both on record and stage, is evidence of a great career in the making. Gallant is a smart, self-aware, and, above all, honest musician, and those are the only kind that last. Even if he’ll remain humble in the face of his success, he knows this. “I’m just trusting that if I’m truly myself, everything’s going to be cohesive and sound unique,” he says, “because I’m uniquely me on the planet.”