Editor’s Note: An earlier version of this story referred to the band as IAN. They have since changed their name to IAN SWEET.

It doesn’t take long into IAN SWEET’s 9 p.m. set at Hardly Art’s SXSW showcase for the band’s leader, Jilian Medford, to acknowledge the elephant in the room: Crocs, her choice of footwear. She jokes that she’s surprised more people aren’t wearing them, a flash of self-confidence that extends into our post-set interview.

“I get inspiration from inanimate objects,” Medford admits as we chat in a quiet alley near the venue. “There are certain things I latch onto, like skateboarding, crocs, stupid little things. But the way I connect with an inanimate thing brings out a million songs for me. I use a lot of those inside jokes and ticks inside myself to inform my lyrics.”

Medford’s enthusiasm for these objects matches her band’s enthusiasm in general. Our conversation is full of laughter, the members all talking at the same time and genuinely feeding off the energy that South by Southwest brings. It’s not their first time at the festival, but their four performances in 2016 look quite different than their journey the previous year, where they played mostly unofficial events.

“Last year, we came to just yell our name really loud,” drummer Tim Cheney jokes, with Medford adding, “We’d show up to places and just talk to people about our band, and when we’d see them later, they’d think we played a show together. We were totally faking it.”

IAN SWEET began not as a band, but as the solo project of Medford. But the desire emerged to reach beyond bedroom compositions and create music with more muscle after she left her home of Los Angeles to study voice at Berklee College of Music in Boston. It’s an education that she hasn’t found a ton of use for.

“I can sing opera, I can sing jazz, but that’s not how I sing in the band,” Medford says, and in performance, her vocals sound the opposite of trained, purposefully cracking and squeaking in a lilting manner. Her bassist, Damien Scalise, attended New England Conservatory and is diplomatic when he describes their artistic training as something “you get what you put into it.” 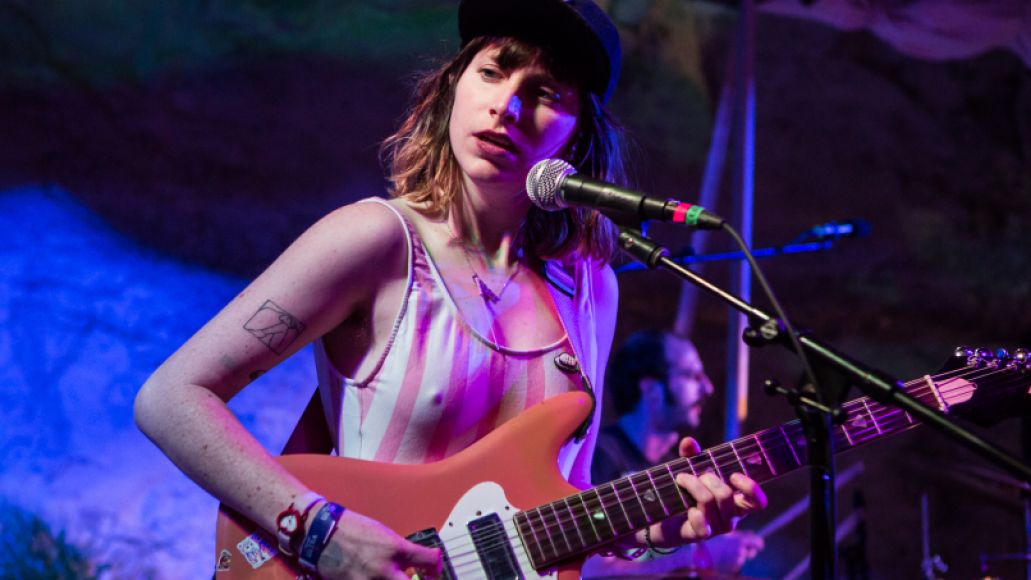 After moving to Boston, Medford met Cheney when Cheney witnessed a basement show of hers. She was only playing with a drummer at the time, so Cheney asked her if she needed a bassist, despite having no experience playing bass. When Medford agreed to let him play bass, Cheney went out and bought one. But the next day, Medford’s drummer quit the project, and Cheney was asked to suddenly join her on tour as her drummer and driver. They’d only known each other for a week and were suddenly traveling and playing shows together. On that tour, they met Scalise, a guitar player in another band, and recruited him as IAN SWEET’s new bassist, despite him also having no experience at bass.

Since firming up their lineup as a three-piece, the band have recorded what will be their debut LP. The new material they feel is a departure from their previous EPs since their older recordings were rooted in Medford’s solo work. As for how the record will be released, the band is mum, though their appearance on the Hardly Art SXSW showcase might be a hint as to their eventual landing place. 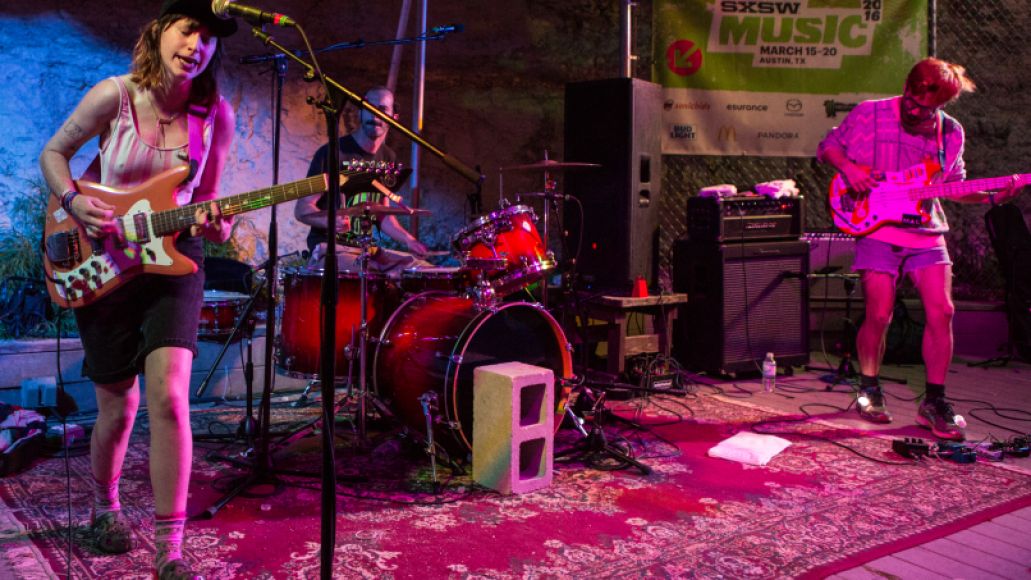 “We’re not to worried about what’s hip,” Cheney says, with Medford adding that she doesn’t worry about whether a song is catchy or whether people will like it. Like her Crocs, she puts her whole heart into her music and knows good things will come of it. It’s a band philosophy that ensures the trio’s happiness regardless of success.