It’s fitting that Mothers began as, of all things, an art project. Singer-songwriter Kristine Leschper studied visual art and printmaking at college in Athens. The creativity of her assignments sparked a desire to start making art in other forms, namely music — an easy switch to make given she still had the “rockstar beginner’s kit” she was given as a teen, complete with a bright, royal blue Fender Squire Stratocaster and a 10-watt amp. She learned deliberate acoustics from Sufjan Stevens, non-linear structure from The Microphones, percussive density from Hella, and melodic diversity from Tera Melos. Funnily enough, she honed her own style in the process and began understanding composition in a brand-new light.

“I felt like suddenly I had a voice,” she tells me in a dorm-like room hidden from the noise of SXSW. “Really quickly, it became something that was very personal for me and was kind of my first taste of truly expressing myself.”

Limited by her social skills, instrumental fears, and the unfamiliarity of a new city, Leschper settled in as a solo act despite wanting to form a full band. “I was terrified of playing music with other people,” she recalls. “I didn’t think I would be able to keep up with other people. In retrospect, I’m glad because it kind of allowed me to evolve on my own and not be too influenced by other people that I was working with directly. I grew a sound that was wholly my own.” After splicing songs and styles together on her own, she eventually began to do the same with bandmates. Two days before Leschper was scheduled to perform the city’s Cloud Recordings Festival in November of 2014, she asked drummer Matthew Anderegg and guitarist Drew Kirby to join her. Mothers was officially a trio, and she didn’t let her newfound confidence stop there.

“I remember Kristine talking about working with other people for many, many months before it actually came together,” says Kirby. “It wasn’t something to be rushed,” Anderegg agrees. “We were also really hoping it would work out so we were in Mothers, so we just kind of started working on stuff like almost everyday.” Their wishes came true. Mere weeks later, Leschper rushed into the recording studio with the two musicians in tow, where they immediately began working on Mothers’ debut full-length, When You Walk a Long Distance You Are Tired. They got to work, transforming solo tracks into band tracks, co-writing songs like “Copper Mines”, and stressing each take. They went into the studio with 14 songs, four of which they all played on. They left the studio with what would become eight songs, six of which they all played on. A shift in recording unintentionally shaped them into a band. Sure, they finished finals for college just hours before, but in that moment, they felt like full-time musicians. “That album could be described as kind of an art project,” says Anderegg, “and I think that’s how we would like for it to remain.” 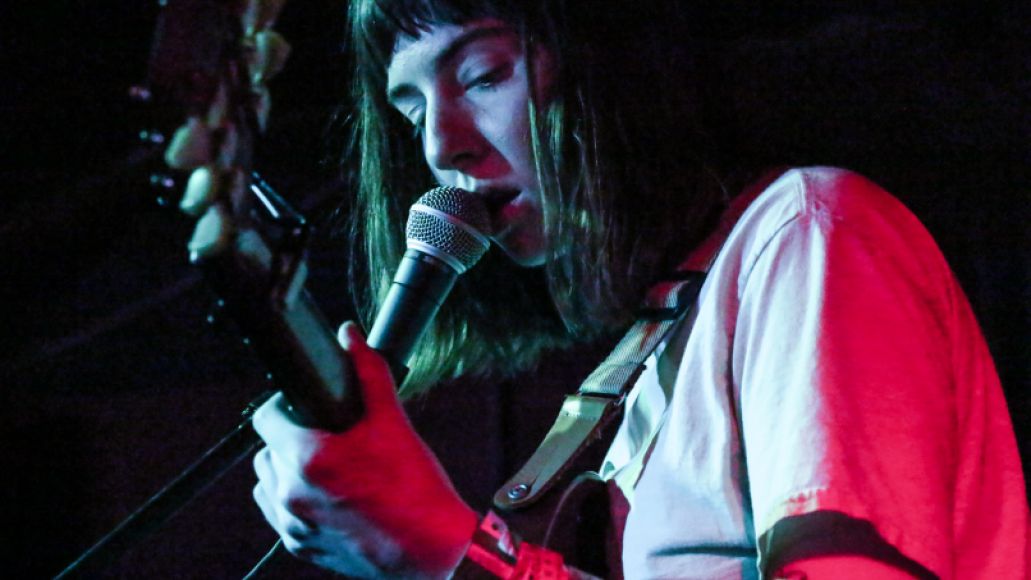 Producer Drew Vandenberg knew how to handle passion like theirs, having produced acts like Deerhunter and Of Montreal. For emphasis, he worked with ex-Mothers bassist McKendrick Bearden — who studied composition at a nearby college — to bring strings into the mix. “It’s amazing how humble about it he was,” recalls Leschper. “When we actually had the string players in the studio, he had his huge sheets of music he had written, and he realized that he had to conduct them just to keep everything on time. He was like, ‘I hate this. I don’t want to do this. I’m nervous.’” Forget nerves. Those strings sound like the confidence of someone open enough to cry in public with total grace. His work brings the sorrowful, emotional magic of “Burden of Proof” and “Nesting Behavior” to life. Opener “Too Small for Eyes” sums up the emotional themes of the record, much in part thanks to Bearden’s work, too. “That was the first song on the record he sent to me,” says Anderegg. “I hadn’t even gotten through the song and was like, ‘God, this record is gonna be awesome.’”

Mothers lucked out in a sense. Many artists try to condition themselves to only record in one week, chasing a response when recording should be structured. Mothers unintentionally stumbled into that conundrum: Leschper got sick during takes and struggled to hammer her parts down on “Burden of Proof” and “Nesting Behavior”. Of course, they continued anyways. “I was never happy with the takes,” she recalls. “After 10 passes at [“Burden of Proof”], Vandenberg was like, ‘No, this one’s it for sure. Don’t do it again. Just stop.’ Now those songs are my favorite even though I was so nitpicky then.”

By then, one thing became clear: The rest of the band needed this album as much as she did. Leschper gained self-discovery at a time when she needed it most. Annenburg had dropped out of college and hoped to make music an “everyday thing.” Kirby was hounded with post-college questions that he wasn’t prepared to answer in his final semester of college. Patrick Morales, their current bassist, had just been let go from a job, where his boss told him to play music instead of chasing said dead-beat job. “I jumped in a van with some other people and then I met you guys,” he says. “We all really needed it, honestly,” says Kirby, adding: “I fear for what may have happened if we hadn’t all congealed around this project.” 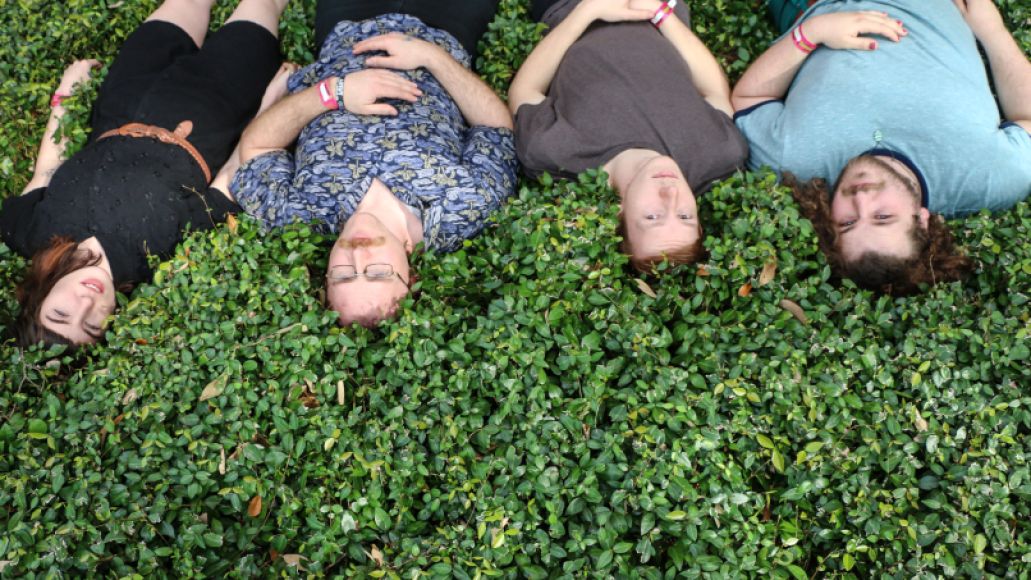 Mothers continues to fluctuate after the release of When You Walk A Long Distance You Are Tired. They’re growing louder, darker, more twisted and deranged. Their sound is its own beast. It can be seen in standalone single “No Crying In Baseball”, their first clip released into the world that doubles as their most recent recording. Made over three days in a garage, the single captures their future sound: complicated instrumental parts caught in an energetic bubble and emotion that doesn’t need volume to scream its message. They work through new material like this live. “Right now, we’re working on a drone song with two chords that’s seven minutes,” says Leschper. “It’s like the antithesis of complicated music, but it feels so good. That’s what we’re working on, giving each song its due diligence and letting it be whatever it needs to be, whether that means more complex or less.”

Mothers’ sound is perhaps best digested live. Onstage, they deliver a sound too good to miss. So good, in fact, that after playing their first ever shows in New York City this past September, two members of Grand Jury sat them down and immediately expressed interest in signing them. When CMJ rolled around, the same label crew went to see their shows — all 11 performances — simply because they wanted to. How could they resist? Mothers bring life to, well, life.

Album closer “Hold Your Own Hand” was the most collaborative song on the record and acts simultaneously as the arrow prepping people for the next release. “There’s a lot of despair on the album that kind of rounds out really nicely,” says Anderegg. “Like empowered weeping,” Kirby adds. “Hold Your Own Hand” shifts between slow vocals and intricate guitar work that trickles its way through starry notes. It’s Mothers at their best: emotional, brave, and open-hearted with the skin of leather. As their sound develops, their compositions follow suit, with this acting as its guide.

“I’m proud of the fact that we’ve been able to maintain the stark quality that it always had when I was working as a solo artist, that vulnerability, even though the music has changed vastly and is still continuing to change,” says Lechsper.

“And we’re unwilling to compromise with that,” adds Kirby, “no matter where we are, I think.”