It’s one a.m. in the middle of an alley, and Pell decides he needs to pee. After he’s done, he comes back. “It’s nice being around here,” says Pell of downtown Austin, Texas. “It reminds me of home, being able to take leisurely walks along the streets.” Pell is originally from New Orleans, born to a musical family: His dad listened to jazz and gospel and even started a short-lived label while his mom, who sang in college, turned him on to classic Motown like The Temptations and Stevie Wonder.

Given his New Orleans’ origins, it’s easy to understand where the French phrases c’est la vie and bon’ appétit and references to croissants, Coco Chanel perfume, and New Orleans’ ubiquitous restaurant Café du Monde come from. But his style doesn’t linger along the cities’ indigenous sounds of bounce and brass that flood the streets. His projects often invoke serene and sinuous soundscapes with ambient and somniferous synths.

Inspired by Richard Linklater’s animated film, Waking Life, which chronicles philosophical issues like dreams and consciousness, his 2014 album, Floating While Dreaming, channels those elements, from introspective cuts “Dollar Store” and “Runaway” to the hazy floaters “Fresh Produce” and “Morning Light”. Such efforts don’t exactly come to life in the club; they’re best suited in your speakers while relaxing, smoking a joint, or popping a sleeping pill.

Pell doesn’t sound like he hails from New Orleans; instead, he draws inspiration from technology and reinvention. “In my generation, technology has given me the access to a lot of music,” he says. “Yeah, I may have heard brass bands on the street or bounce, but in my headphones, I was always jamming to Kanye West, Lil Wayne, or Lupe Fiasco; rap everywhere from the west and east coast.”

When it comes to his catalog, Pell has always tried to reinvent each sequential release. After Floating While Dreaming came out, FADER coined it “dream rap” given the project’s ethereal and languid beats. In an effort to stray away from the genre, Pell released last year’s Limbo. “I feel like you have to change with the times and push to what can be the future,” he argues. “I feel like Limbo is different in that it escapes the dream rap label. The dreamy sound is still there, but it varies with the hard-hitting and fast-tempo songs, too.”

Limbo is an eclectic tapestry. There are the funk rhythms in “Almighty Dollar” and “Queso”; grandiose sing-song rap anthems via “Monday Morning” and “The Wild”; and blistering synth-heavy journeys like “Café Du Monde” and “Vanilla Sky 2.0”. The new palette of sounds could partially be credited to the album’s producer, Dave Sitek of TV on the Radio. “He pushes me to my limits and encourages me to push boundaries,” Pell admits. “He taught me two important things: how to trust my gut instinct and to always go against the grain.” 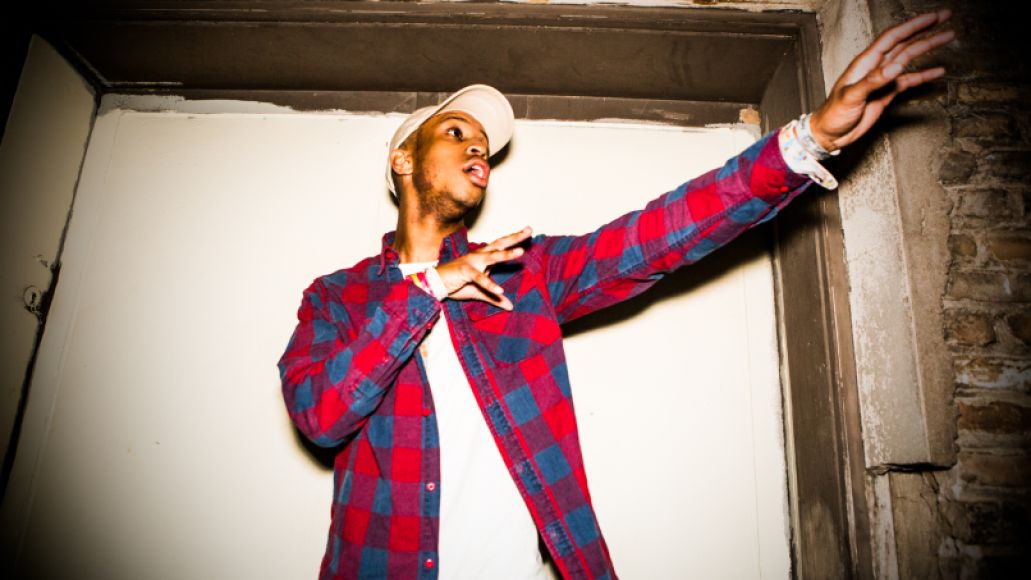 “When Hurricane Katrina hit, I had no possessions or belongings left,” Pell recalls. “All I was left with was my memories and musical influences.” While working two day jobs and rapping on the side, he called it quits, which he chronicles in his songs “Almighty Dollar” and “Dollar Store”.

“I needed to follow my passion,” he insists. “Working paycheck to paycheck wasn’t fulfilling. There’s always been this story of resilience in my life, and it continues.”