The residents of Bogotá, Colombia, are well aware of what the rest of the world thinks of their home country. They’ll tell you that much once they find out you’re from America, and they’ll make a point of telling you how much things have changed.

As refreshing as it was to hear the nationalist pride brimming in their voices as these cab drivers and restaurateurs gave a rough sales pitch for their home, it was almost unnecessary. Walking around Bogotá, the excitement in the air is palpable within the city. The thousands of university students swarming the streets maintain a buzz as loud as the scores of gents hanging around quietly selling emeralds to passersby. And there’s construction going on everywhere within the downtown core, including a glass and steel skyscraper that, to some, represents a bold, modern step forward, and for others is a symbol of the gentrification that is shoving the members of the working class further to the outskirts.

The true measure of a city’s evolution though is how its cultural community responds and benefits from growth of this kind. On a recent Thursday in Bogotá, it was in full bloom. The city was mostly buzzing from the fact that the Rolling Stones were in town to play their first ever concert in Colombia (a show that drew an estimated 45,000 people to Estadio El Campin), but that weekday also marked the beginning of the 15th edition of its international theater event Festival Iberoamericano De Teatro de Bogotá and the kickoff for one of its first homegrown music festivals Estereo Picnic. 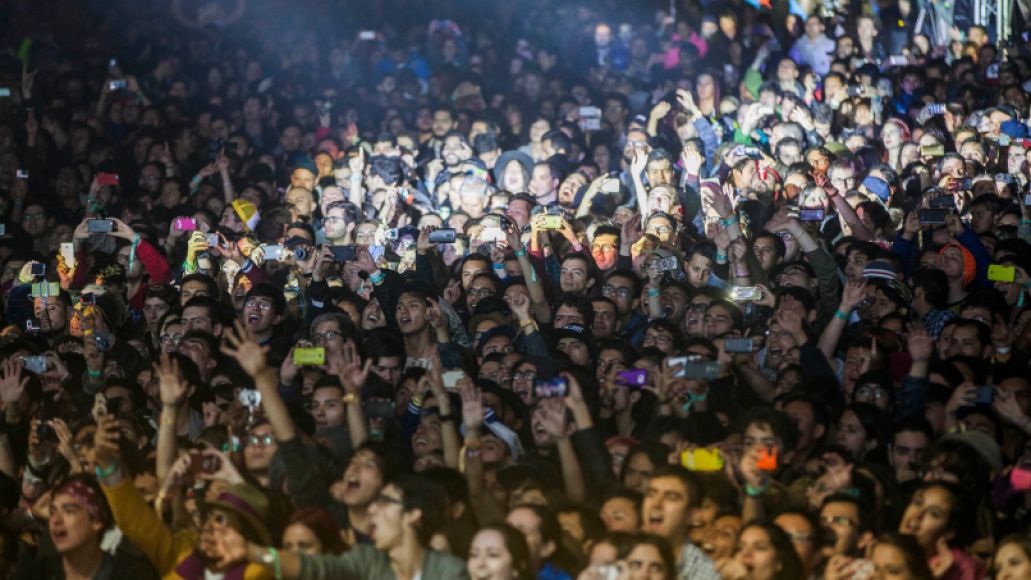 Now in its 7th year, Estereo Picnic has grown from a one-day affair where the biggest names on the bill were Matisyahu and hometown heroes Bomba Estereo to a multi-stage, multi-day affair that has in recent years boasted appearances by Red Hot Chili Peppers, Jack White, New Order, and Skrillex, as well as a bevy of South American talent. More importantly, for many of the artists who reside north of the equator, their appearance at the festival is usually the first time they’ve visited and performed in Colombia.

That was the bit of stage banter heard most from the top-tier acts that played this year’s installment of Estereo Picnic. The attendees (a total of 63,000 over the course of the weekend) responded, as they did with most everything that happened on stage, with a spirited roar. For all the festivals that I’ve been to around the US, I’ve never seen or heard an audience more hungry for live music than the mass of Colombians that crowded around the main stage or the second stage where the bookings were primarily EDM artists and DJs. 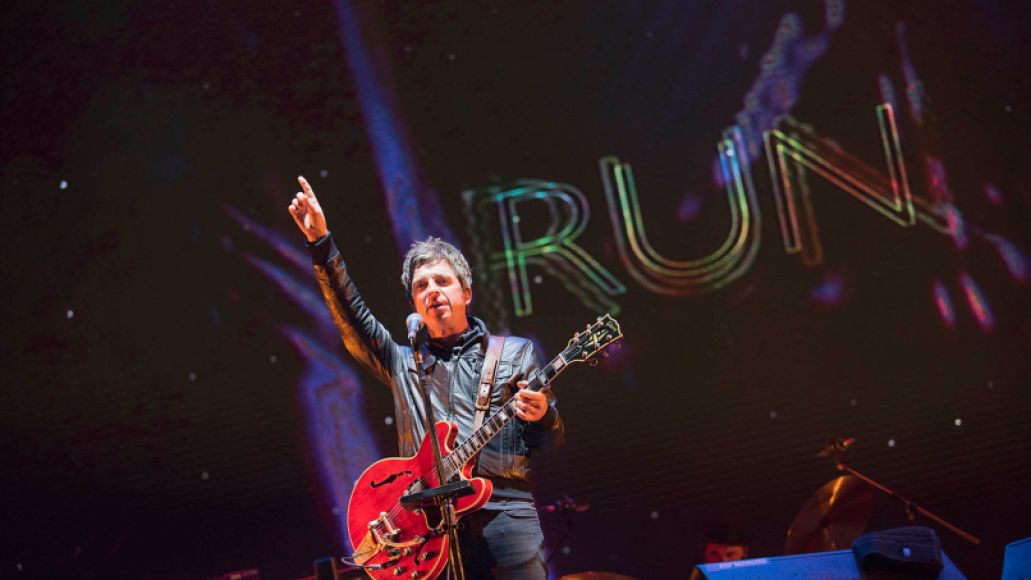 That also meant that acts that might otherwise raise a shrug if they were added to Outside Lands or Governors Ball get treated like proper superstars here. Noel Gallagher’s High Flying Birds inspired some loud sing-alongs to his renditions of some Oasis favorites, as well as a soccer chant that rose up between each song. Snoop Dogg had 20,000 strong bouncing to his rapid fire that culled judiciously from his two decades of recorded music (he even threw in a little Snoop Lion action for good measure). Stormy sets by Die Antwoord and Bad Religion brought about the kind of sweaty, jostling ruckus that only caused both acts to respond with greater energy and coiled fury.

As with the rest of the known universe, the real draw were the various strains of dance music on display throughout the weekend. There was the blowsy, hip-hop-inspired version performed by Kygo, A-Trak and the Skrillex/Diplo collaboration, Jack Ü, replete with huge peaks and epic dubstep-like drops and wobbles augmented by flashy visuals and pyrotechnics. Elsewhere, producers like Nicolas Jaar and Duke Dumont offered up equally exciting but far less capricious takes on house and techno. There was even some homegrown sounds from Colombian duo MNKYBSNSS, who leaned toward a Disclosure-like vibe with down-tempo jams played with live instrumentation and populist sensibilities. 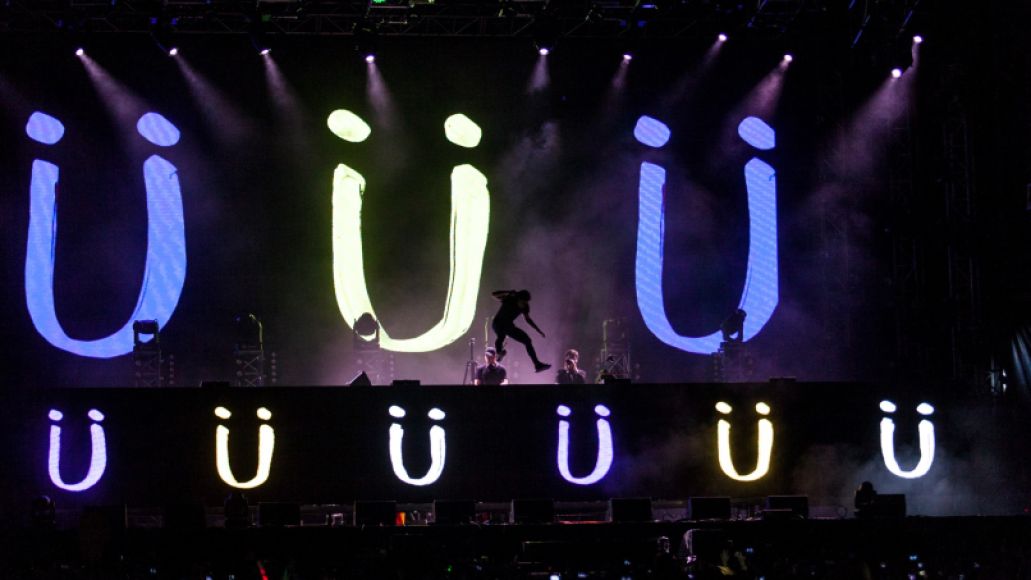 Estereo Picnic is, for good and for ill, simply trying to compete with similar events that go on regularly in the States and nearby Brazil. The organizers have to dance with the devil a bit, letting major corporations announce their presence with gigantic, gaudy displays all over the festival grounds. But that means they can pull in names as well known as Florence & The Machine and Tame Impala, both of which played energetic and colorful sets during the weekend.

They’re also allowed to put a more personal stamp on things. The undercards for each day were stocked with artists from Bogotá or other countries in South America, offering up a welcome range of styles from Spanish singer-songwriter Christina Rosenvinge’s warm, arch indie rock to the gently psychedelicized folk of Onda Vaga (from Argentina) to a bracing touch of pop diva joy from Chilean artist Francisca Valenzuela. The balance of the bookings leaned much more heavily to the marquee talent, but getting a taste of what the local region has to offer was manna for music junkies like myself.

I also don’t expect the balance to shift any time soon. The people behind Estereo Picnic have tickets to sell, and, like the people who kept planting the reminders in my ear about their home country, they want visitors from outside Colombia’s borders to come join the party. Whether they’re ready for an influx of Americans invading their shores remains to be seen. For now, the gates are swung wide open, but they might come to regret that decision.