Hudson Bell moves slowly, but not because he’s trying to live up to the “slacker” label that sticks to so many indie rockers these days. Bell doesn’t like to rush because he’s a student of history — and he knows that history tends to unfold at its own speed. While he and his band (also called Hudson Bell) were recording Yerba Buena, their first album in six years, he was working on a book about the history of San Francisco and thinking a lot about the past. This makes a lot of sense when listening to Hudson Bell’s new single, “Box Of Bones”, a mid-tempo rocker that sounds like it could fit somewhere in the ‘80s or the ‘90s but seems decidedly out of place amidst the current indie-rock climate.

Hudson Bell’s songs tend to evoke an indistinct time and place, but they’re also heavy on visual imagery. This one is no different, with its unsettling descriptions of haunted houses and skeletons hiding beneath green lawns. “The title is lifted from a Donner Party tune I liked in the ‘80s,” Bell explains, “but the song started with the vision of someone digging up an old shoebox from under a tree. Everyone has regrets and secrets, but some folks follow their past to a scary place. ‘Box of Bones” is about ending up in that place, and trying to get out before it’s too late.’

Yerba Buena is out April 22nd. If you’re in for a scare (and a particularly melodic one, at that), dim the lights and listen to “Box Of Bones” below. 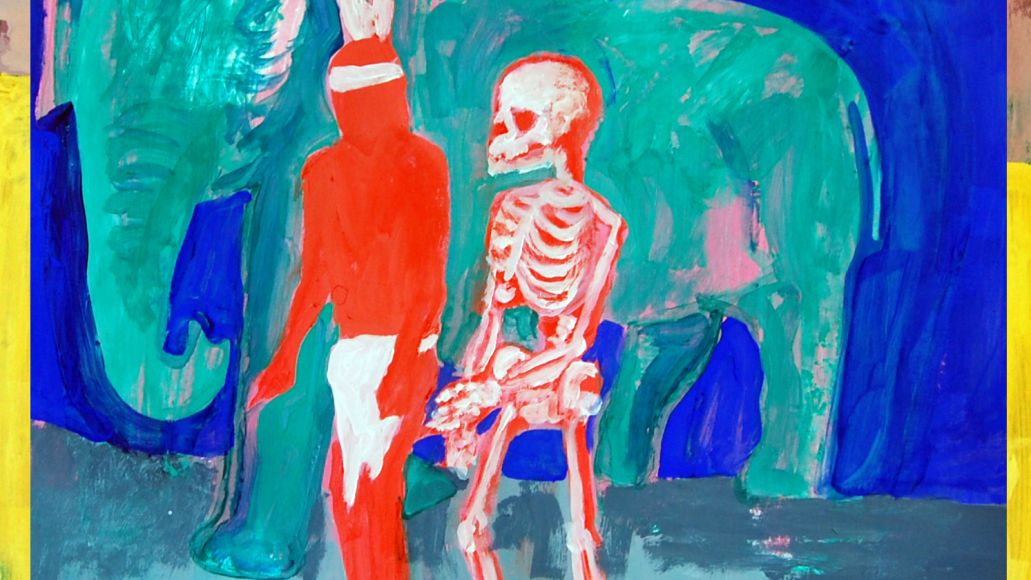