Johnny Depp experienced something of a career resurgence last month with an unexpectedly great portrayal of Donald Trump in a faux biopic from Funny or Die. Now, he’s landed another  severed role in the latest episode of Walking Dead.

As Dangerous Minds points out, a model of Depp’s actual head was used to sculpt one of the severed heads appearing on last night’s episode (specifically, the one on the right). Visual effects designer Greg Nicotero explained to Entertainment Weekly, “One of the other heads, I don’t know if I’m going to get in trouble if I say this, was Johnny Depp. I think we had sculpted an emaciated version of a dummy head for something and we used Johnny Depp’s head as a basis just for a clay sculpt.” 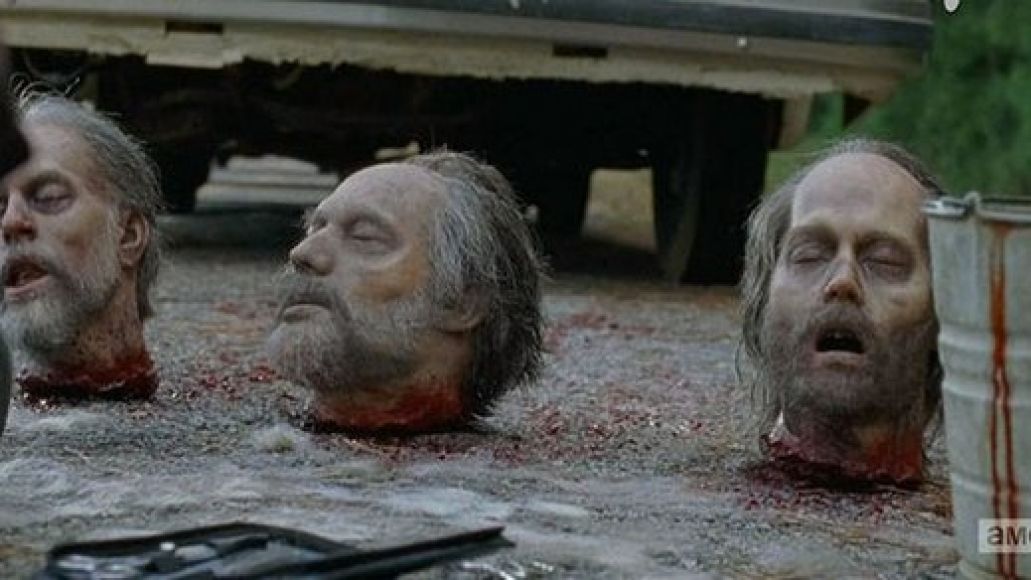 I’m just going to go ahead and say it: Johnny Depp, the 2016 Emmy Award winner for Outstanding Guest Actor in a Drama Series. Otherwise, heads will roll.