Decades ago, Rivers Cuomo sang about holidays being so far away. Not so much anymore, my California son. Now, it seems that every passing day is another unnecessary celebration — like National Prom Day or National Chi Day, both real. Well, 20th Century Fox is capitalizing on this unusual phenomenon and following the lead set by both the Star Wars (May 4th) and Back to the Future (October 21st) franchises and declaring April 26th as Alien Day.

Why that date? Well, Burke, April 26th is a direct reference to the planet LV-426, where all the shit went down in both Ridley Scott’s Alien and James Cameron’s Aliens, and for some reason not its soft prequel, Prometheus. Whatever the case, there are a few fun plans surrounding the date, from screenings to merchandise, that should have fans screaming, “Every meal’s a banquet! Every paycheck a fortune! Every formation a parade! I LOVE Alien Day!” 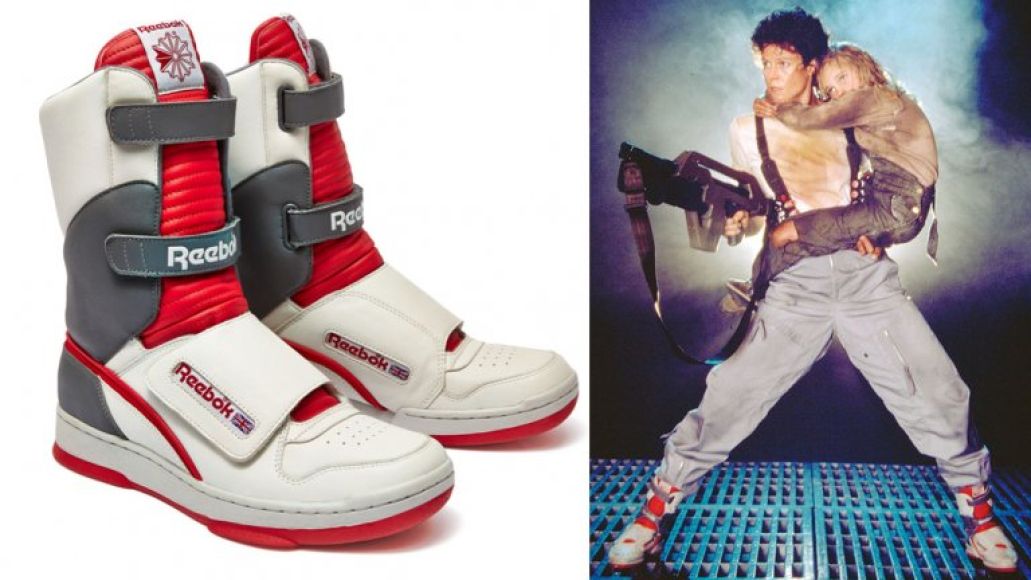 First up, Reebok is re-issuing Ripley’s iconic Alien Stompers, those red and white high-top sneakers that helped her navigate through the slimy alien hive and rescue Newt. Though, if you’re not really a high-top person, they’re also going to offer Bishop’s mid-top sneaks that really proved useful when he wiggled through that tunnel midway through the film. Reebok originally offered Ripley’s pair as a limited release back in the ’80s, but not Bishop’s. Both will be available online.

What’s more, Alamo Drafthouse will screen both Alien and Aliens at various locations, while Amazon’s Audible will release an exciting new audio drama titled, Alien: Out of the Shadows, which features the vocal talents of Blade Runner and Buffy the Vampire Slayer hunk Rutger Hauer. So, if you’ve ever dreamt of hearing The Hauer tell you stories of xenomorphs before bed, well, stop grinnin’ and drop your linens, people. This is a good call, Ripley … a good call.