Everything I dreaded about going to a Frightened Rabbit show in my current state came to light when they opened with “Get Out”. What’s strange is that earlier this month I wrote a review in which I related my recent breakup to the return of Miike Snow. Just a few weeks later, and I’ve found myself in the throes of what feels like unrequited affection. So go figure I find myself at a concert put on by a band that’s made its career on drunken heartbreak.

“People move on, things change,” frontman Scott Hutchison said between the opener and “Holy”, noting that his band still sang primarily about one thing. “But everyone’s still gettin’ their hearts broke.” Oh, sing it to me, Scotty boy.

Frightened Rabbit returned after a two-year break from touring the US, three years after releasing their last album, Pedestrian Verse. In the interim, they’d prepped their latest, Painting of a Panic Attack. Tuesday evening was spent doing a fine job of sliding in the new material between the old. Songs like “Woke Up Hurting”, even with its reliance on synthesizers to an extent unlike much of FR’s catalog, somehow didn’t feel out of place next to old stompers like “Living in Colour”. Part of that is likely because, overall, the band hasn’t changed much, even with producer Aaron Dessner on board. Their distinct brand of folk-leaning indie rock still plays with familiar cadences, drenched in ale and the pains of both inescapable flaws and unrelenting romantic struggles. 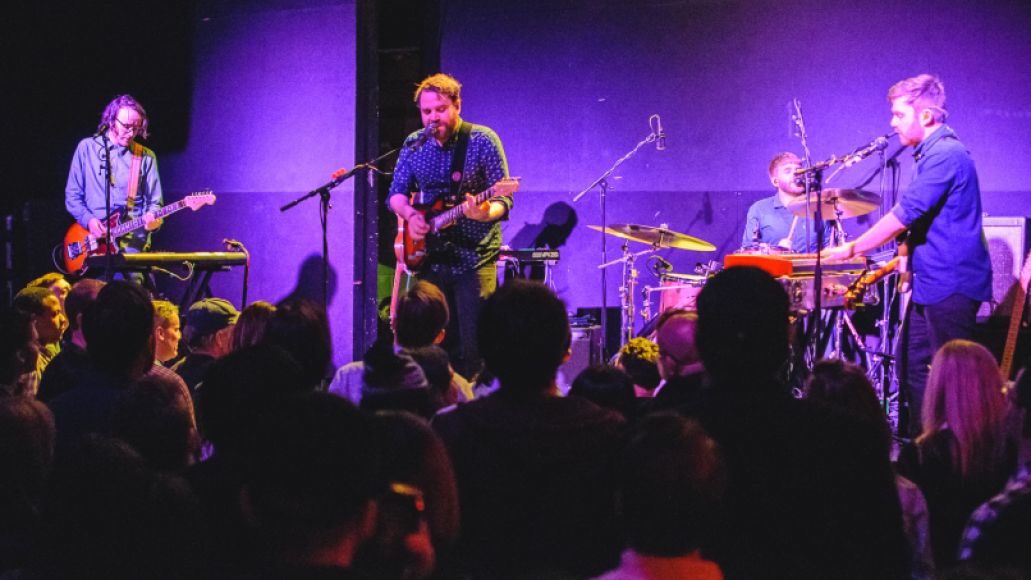 “Shit doesn’t change around here,” Hutchison joked in his ever-endearing brogue. “Well, it does; I was getting drunk in a different place.” It was an almost script-perfect segue into “I Wish I Was Sober”, a soon-to-be classic Frightened Rabbit track that includes the line, “We all thought that I might change as I got older.”

Fans do have a strange habit of both expecting a band to change over time and dreading any deviation from the norm. Frightened Rabbit straddles that line possibly better than any other long-standing outfit. As much as their lyrical content lacks true diversity over five albums, that’s not to say that Hutchison’s doesn’t find fascinating new ways to express similar themes. “Over the edge, I can’t stop myself/ Off the ledge, throwing punches,” he sang on “Break”, a familiar song about being your own, uncompromising worst enemy in a relationship. And as much as the slow build of set closer “Lump Street” mirrored any number of other FR tracks, the haunted synth and subtle guitar touches on the final arc give it a drive not quite like anything they’d played before it.

Regardless, the band does seem to have hit on a timeless sound. “Woke Up Hurting” felt as vital as “Head Rolls Off”, and the call for help in “I Wish I Was Sober” is no less affecting than that sung out on the still-fantastic “The Woodpile”. The audience was happy to have it all after such a long time without the Scottish rockers setting foot on American soil. There was the one small girl in the white tank whose hands were raised with singular pointed fingers during the entirety of any older song. A few diehards were even singing along to newer tracks (this writer included) with as much joyous ferocity as “The Modern Leper”. 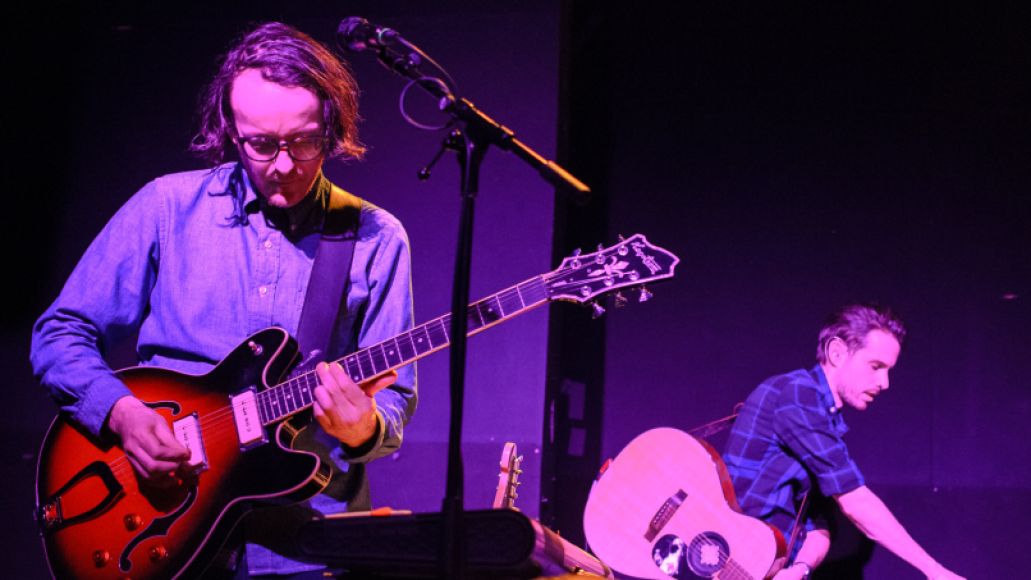 More than once, Hutchison received vocally positive responses from the crowd. “They’re awesome!” called out one fan after the singer questioned whether or not the new material was sinking or sailing. “See, that’s the kind of feedback we need,” Hutchison joked. He mentioned how strange it could be to “get back to work” in front of an audience after so long in the studio working in an entirely different fashion to actually create these songs. It was a hint at nerves, but ones that never showed from the veteran’s stage presence.

Even more impressive is how Hutchison was recovering from a nasty bout of food poisoning. Before delivering an acoustic rendition of Paint of a Panic Attack track “Die Like a Rich Boy”, someone offered Hutchison a beer. “You don’t want me sharting all over the stage,” he joked, revealing that he’d spent the hours before and after Frightened Rabbit’s recent Colbert performance mostly on his back or face in a toilet. Until he said it, you never would’ve assumed the singer was so roughly ill. He seemed confident on stage, his voice no worse for the wear of all that bile coming up his throat.

Of course, Frightened Rabbit fans aren’t there for bile, but for upbeat despair. I was, obviously, foolish for not expecting that. Though my heart may have skipped a beat at that first song, my head was clearer during that roughly hour and 15 minute long set than any of the hours before or after. Sure, “she” popped in there every now and then, but the physical reality of the person broke away in the rousing empathy of the music. This is why this Scottish five-piece has remained so vital throughout the years. Although the tropes they ply in may objectively end up redundant, even on their fifth album, their repetition is like an ohm that allows you to feel empowered and strong, even in the sorrow. 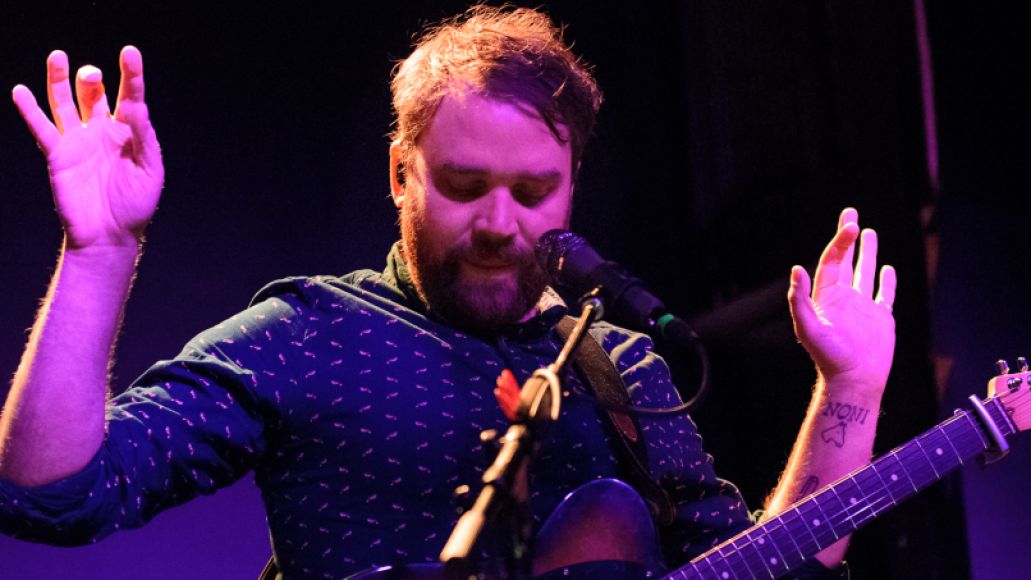 “There’s something happy in sadness,” Hutchison said, “when it’s collective.” Oh, sing it to me, Scotty boy.

Setlist:
Get Out
Holy
The Modern Leper
Woke Up Hurting
I Wish I Was Sober
Living in Colour
Head Rolls Off
Break
Fast Blood
Nothing Like You
The Woodpile
Die Like A Rich Boy (Scott solo)
Lump Street 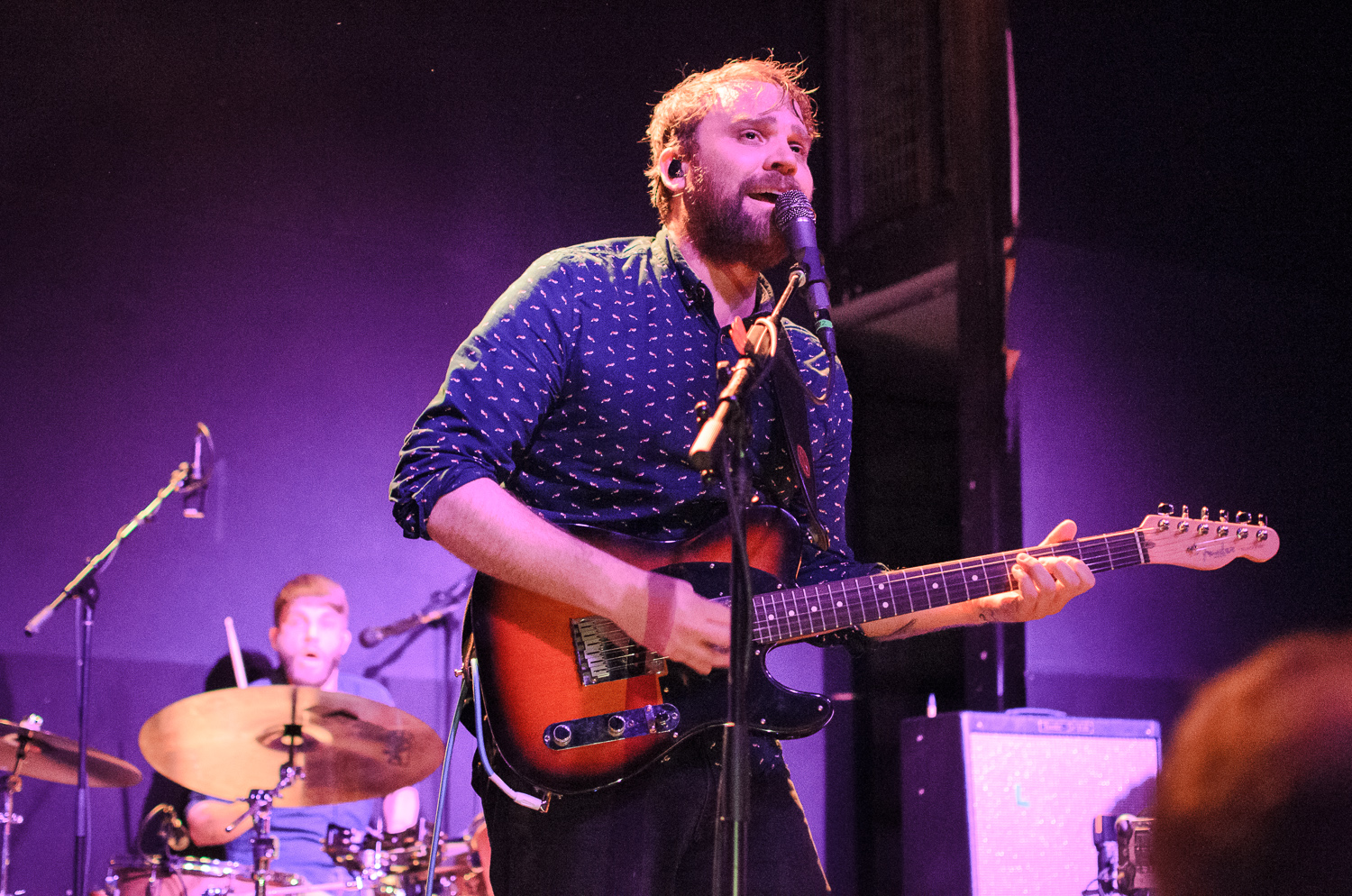 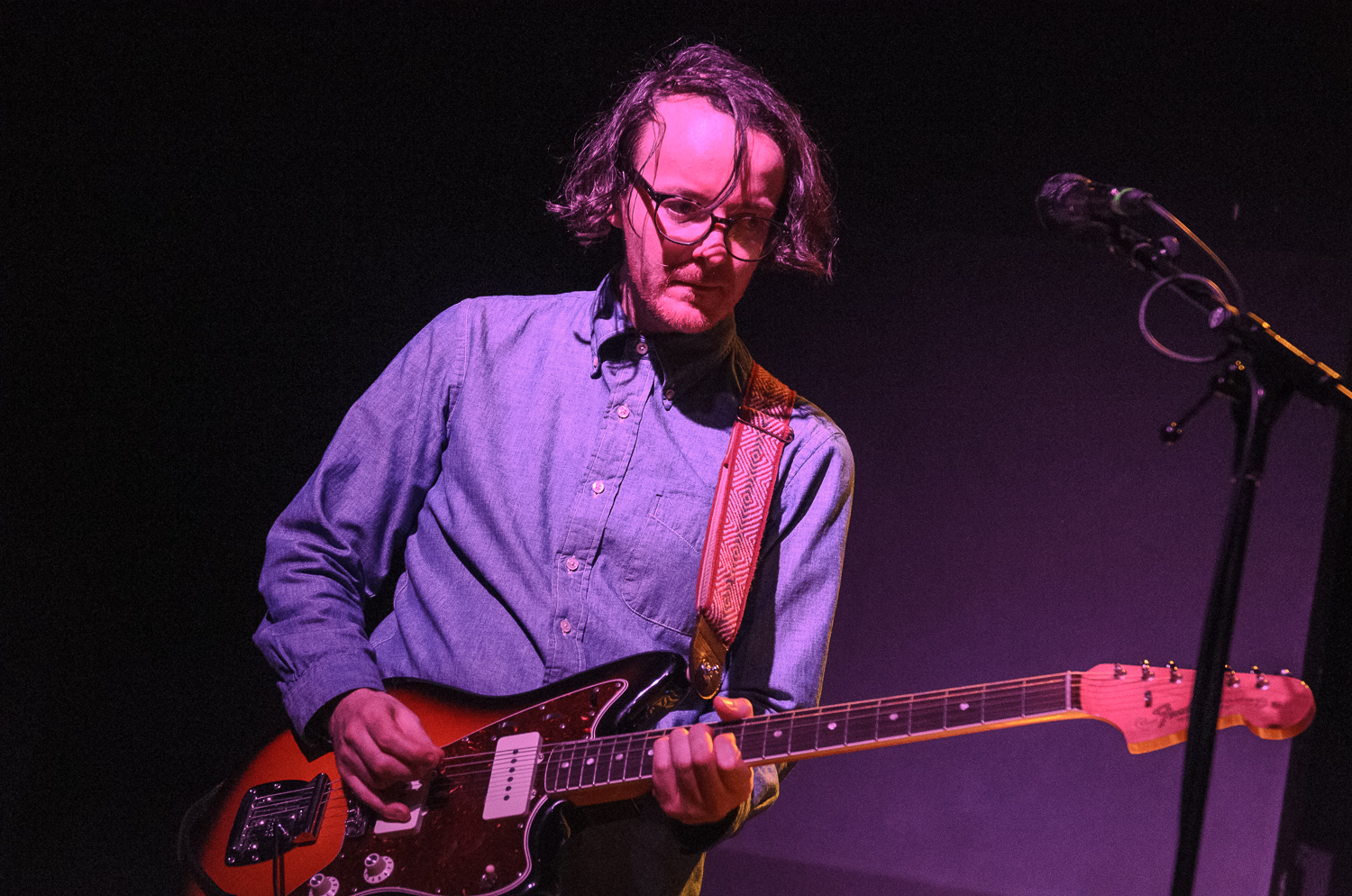 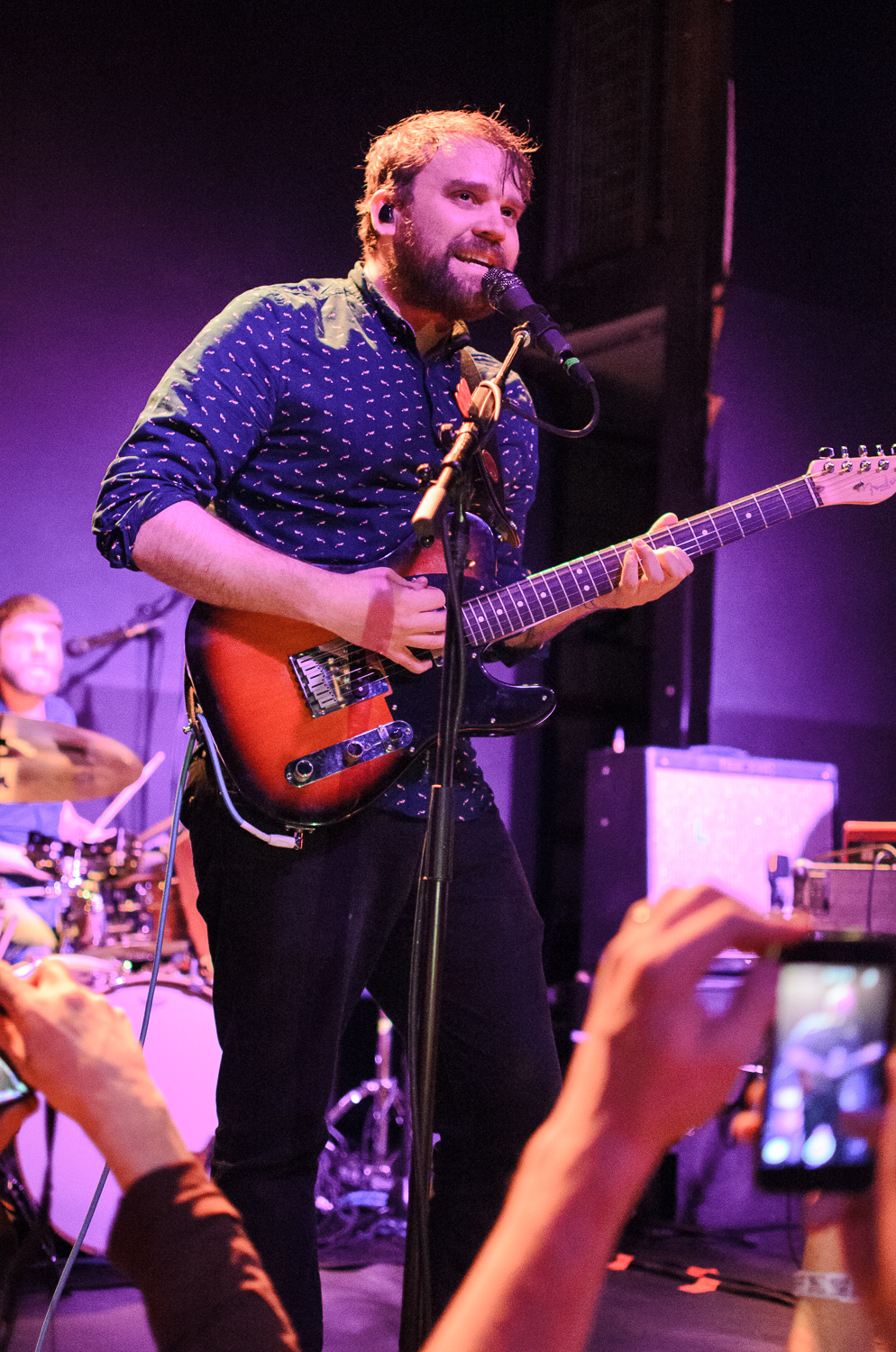 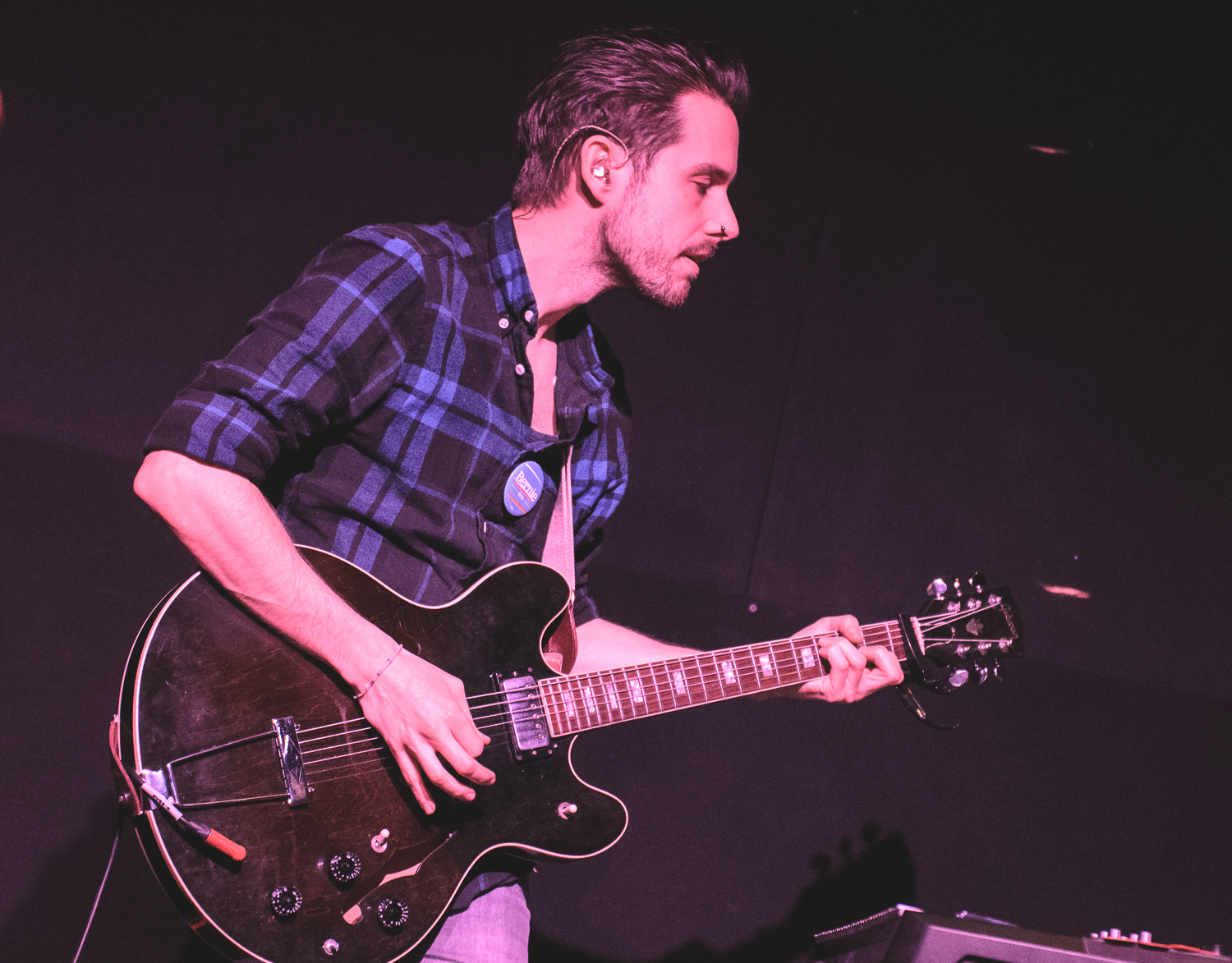 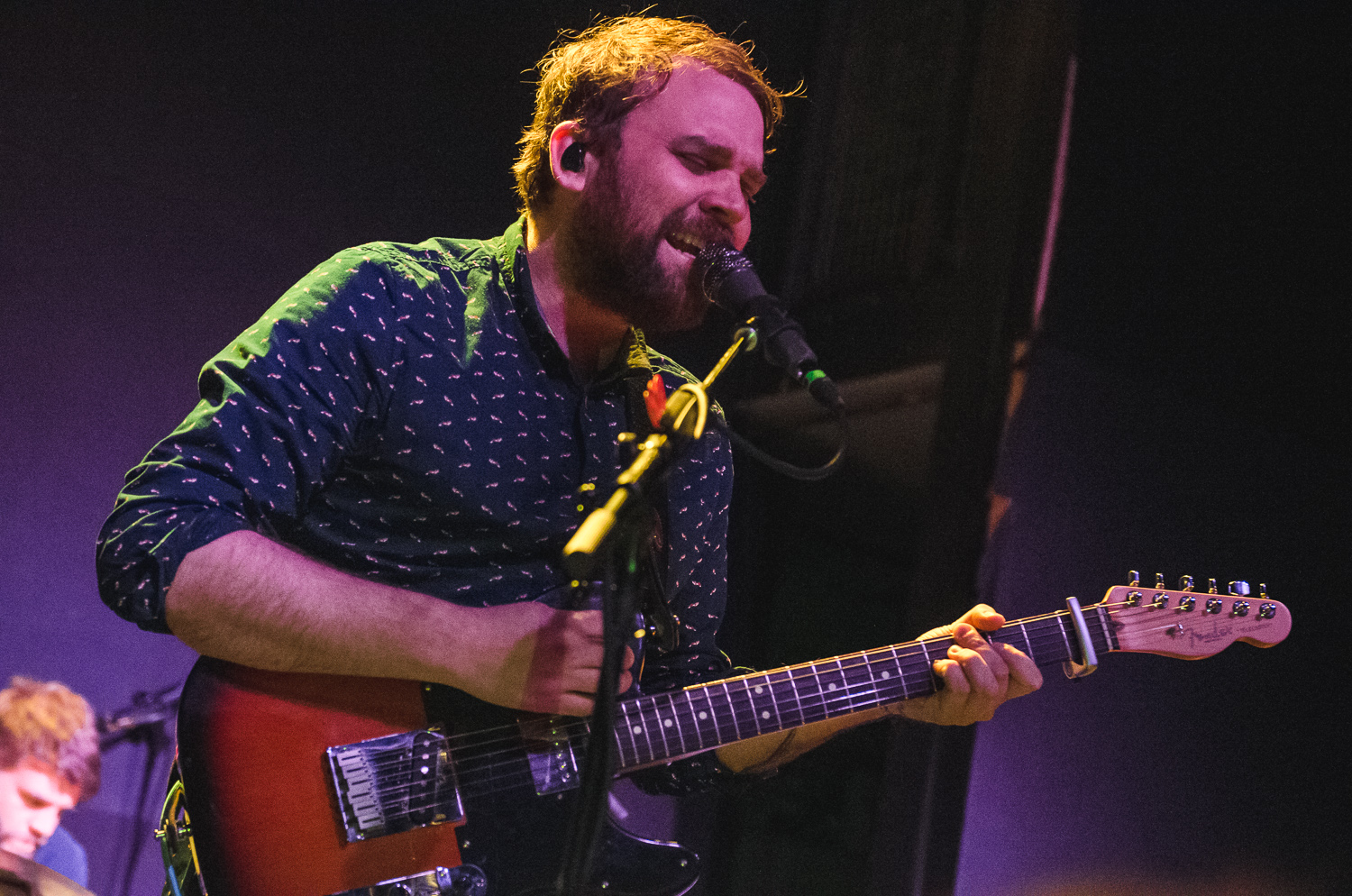 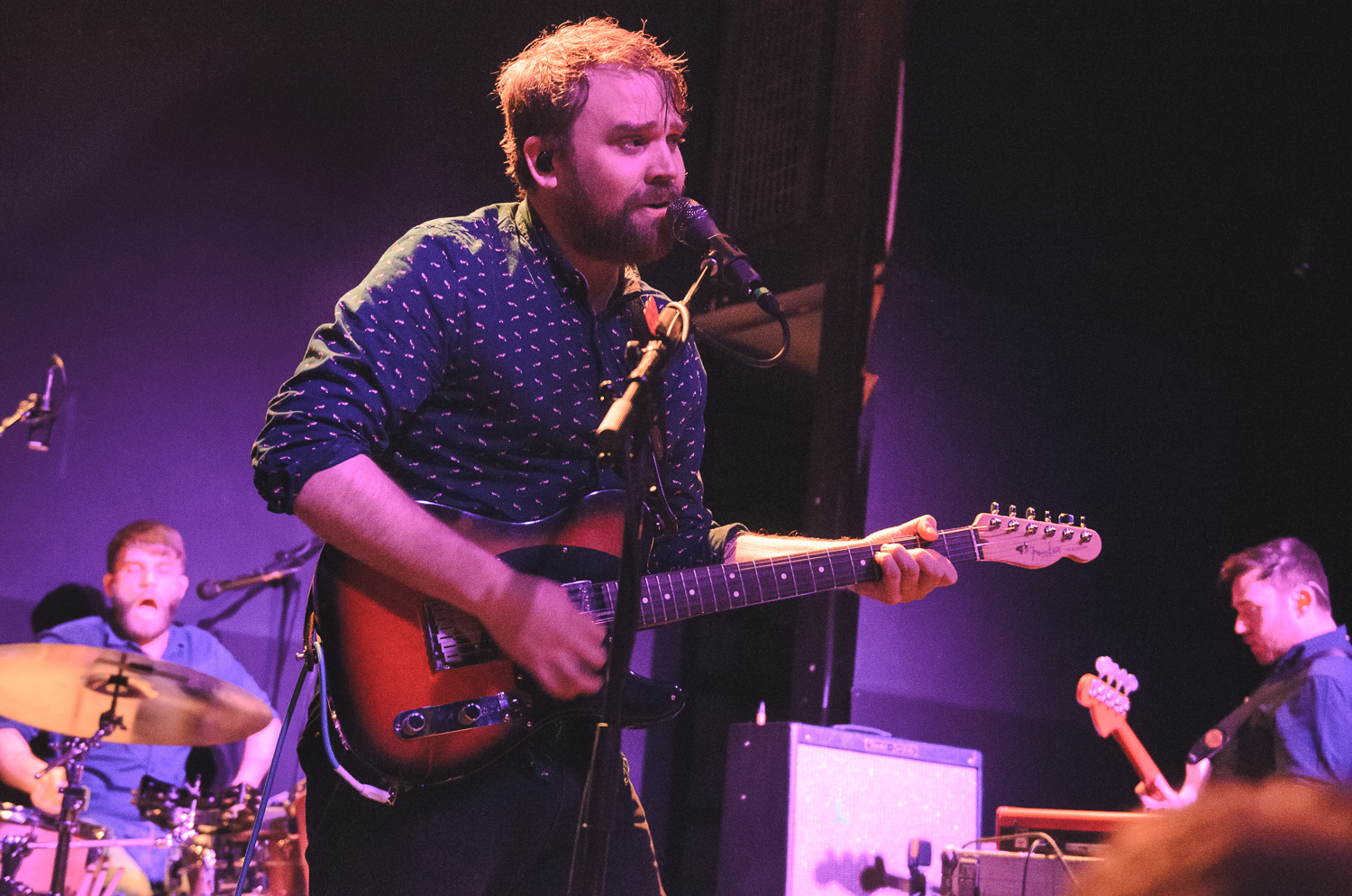