“It’s good to be back!” Phil Collins plucked before going into an unexpectedly cheerful rendition of “Take Me Home”.

It had been a while. Six years without a formal live show, the last being his limited, four-city tour in 2010 supporting his last studio album, Going Back. Collins’ return was short and sweet: a seven-song show prefaced by shorter sets from Foreigner’s Lou Gramm, as well as Diego Torres and Alvaro Soler to benefit Little Dreams – a charity founded by Phil and Orianne Collins. Under different circumstances, the abbreviated performance would seem little more than a rare one-off, but Collins’ reemergence on the stage arrives on the heels of his announcement that he’s coming out of retirement and though not touring, would do some shows and write music again.

Collins’ retirement came with good reason. A dislocated vertebrae caused nerve damage to his hands, insuring that playing the drums was next to impossible. In fact, this was Collins’ second take at performing at the Dreaming on the Beach gala. His previous attempt in late 2014 was canceled due to a neurological affliction. But, while he won’t be loosing hell on the skins any time soon, an unexpected recovery has made it possible to consider taking the stage once more. According to Collins in our recent interview, he’s on the mend, though a fractured foot following a back operation late last year has him walking with a cane presently – including this performance.

His lack of mobility didn’t diminish Collins’ demeanor or his commanding vocal prowess. Joined by a band of frequent cohorts, including Genesis touring guitarist and longtime collaborator on Collins’ solo works Daryl Stuermer and Collins’ 14-year-old son, Nic, on drums, the stage pervaded a familial warmth that suited the intimate setting.

“How about that? We made it,” quipped Collins as he took the stage before launching into “Another Day in Paradise”; a rendition with heavy sax backing from Gerald Albright and punctuated by the spontaneous vocal flourishes that Collins reserves for his live shows. Nic Collins’ drumming throughout was top-notch and lived up to his dad’s hype: “He’s developed into a fantastic drummer … he plays my stuff better than me.” We won’t go that far, but it was tight work, especially during the crucial moments of “In the Air Tonight”. It doesn’t get better than seeing the ultimate Miami Vice track come to life with breathy ad libs on a Friday night in the heart of the deco district.

Collins was joined on vocals by bassist Nathan East for “Easy Lover”, which the two co-wrote with Philip Bailey. “Take Me Home”’s arrangement was the most different of the night. The saturnine ballad was given a substantial tempo lift – led by bongos from Dance into the Light-era percussionist Luis Conte. The track ended in a powerful audience sing-along that Collins extended for fun, sustaining the “O”s in “home” up and down his range and asking the audience to respond in kind.

The one mar throughout the evening was the abysmal video effects. The screen above the stage frequently cut between several well-shot angles and close-ups, but this solid work was undermined by excessive use of video presets such as gaudy Tinkerbell sparkle effects throughout an emotional performance of “Against All Odds”. Every track suffered varying degrees of tacky distraction when unobscured performances would have more than sufficed.

The show closed with two covers — neither a stranger to Collins’ sets. First, a straight-laced take on “My Girl” and then an even more upbeat than usual performance of Collins’ reggae-styled “Knocking on Heaven’s Door”. For the finale, all the night’s performers took the stage: Gramm, Torres, Soler, DJ Irie, and many others, including the Little Dreamers. 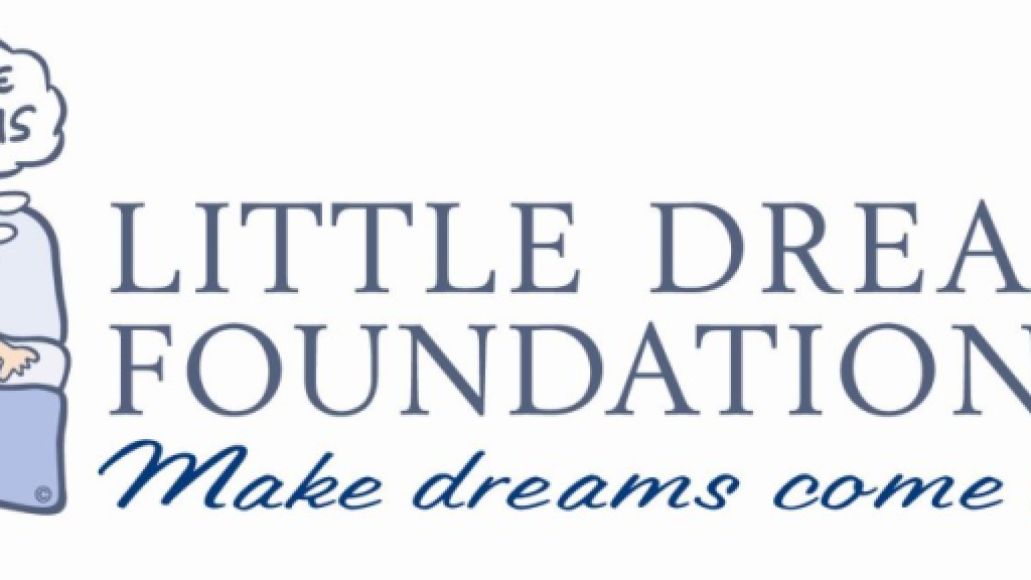 The Little Dreams Foundation funds the tutelage of young artists, athletes, and musicians who don’t have the financial means to further their pursuits. Each year, a new class of Dreamers are selected to receive tutelage from sponsors and advisers, including Collins, Tina Turner, Frida (from ABBA), actor Christophe Lambert, pop artist Romero Britto, and many others. This year’s Little Dreamers, as young as eight and as old as 18, opened the evening and showcased a shocking array of talent. In addition to being a part of the closing number, they also accompanied Gramm for “I Want to Know What Love Is”, adding a full chorus.

All-in-all, it was a successful night. Benefactors and megafans joined forces for a worthy cause and bore witness to a thoroughly compelling prelude of the Collins resurgence to come.

Setlist:
Another Day in Paradise
Against All Odds
In the Air Tonight
Easy Lover
Take Me Home
My Girl
Knocking on Heaven’s Door