Stephen Curry of the Golden State Warriors is playing the best basketball of his career. In fact, Curry is playing some of the best basketball of anyone’s career. On Thursday night at Oracle Arena, the Warriors beat the Thunder, in the process tying the ’95-96 Chicago Bulls for the most consecutive home wins. Prince was sitting courtside for the game, sporting a perfectly coiffed afro and shades. As Curry dashed past him, Prince gave a smile that said, “You take care of tonight, Steph. I’ll take care of tomorrow.”

Friday night marked the first arena performance of “Piano and a Microphone”, a concept which strips away all of the theatrics typically associated with Prince’s live performances. According to Prince, the idea emerged because he was tired of rarely getting bad reviews and wanted to challenge himself further. After mounting “Piano and a Microphone” gigs in Australia, at his home in Paisley Park, and one week earlier at Oakland’s much more intimate Paramount Theater, it appears Prince was ready to take his vision to a North American venue that seats 20,000 fans.

When the show got underway, a curtain rose on a circular stage at the center of Oracle with a spotlight shining down on a purple grand piano. Prince emerged through the Warriors players’ entrance, walking a purple carpet with matching velvet ropes until he ascended the steps to the stage that would serve as his pulpit for the next two and a half hours. His fingers hit the keys, delicately conjuring the opening notes to “Somewhere Over the Rainbow”, and the world faded away.

The size of the venue, the borderline unsafe logistics employed by Oracle in welcoming fans to the show, the desperate rush for tickets when the show was announced only three day prior – all of it was gone in that moment. It was every fan and Prince, a stadium’s worth of one-on-one unions between their ears and one of the most innovative, iconic, and hell yes, funky, musicians in the world.

The “Piano and a Microphone” setting afforded Prince the chance to meld together songs and work out his setlist as he went, taking the pulse of the crowd as a compass for where to go next in his 39-album-deep catalog. Apparently, the pulse didn’t demand much from his recent output — only five of the 30-plus songs he played were from albums he’s released since 2000.

Instead, the Purple One turned his piano into a time machine, taking fans back to the days of landmark records like Controversy, Purple Rain, and Sign o’ the Times. Hearing the eternal anthem “Purple Rain” stripped of its stadium sound only made it more cathartic, the melodic cry of Prince’s voice set against the tuneful sobs of his instrument. 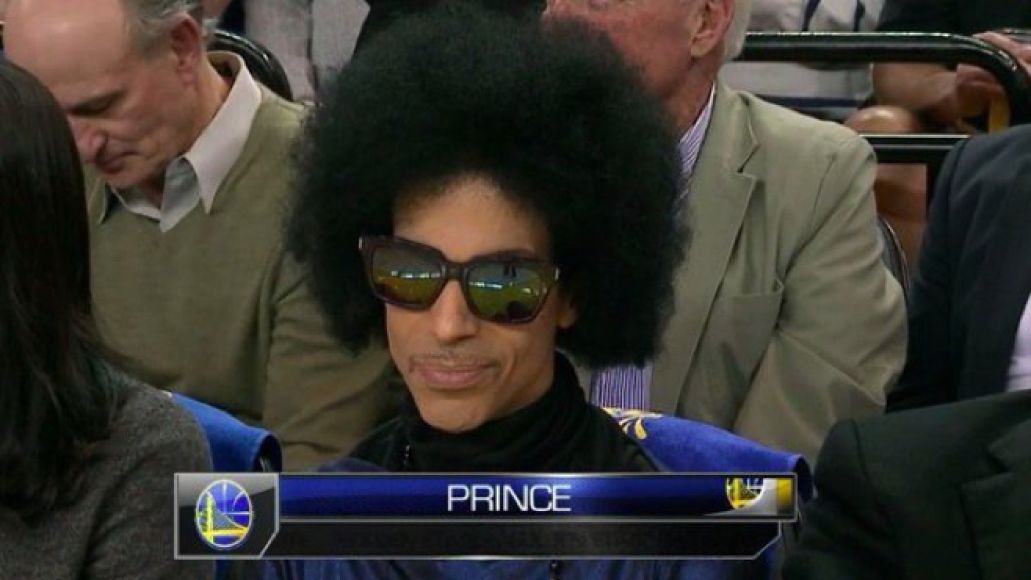 Now one would have to be clinically insane to say they don’t enjoy the showmanship of heroic guitar solos, elaborate dance moves, and the infectious rhythm of Prince’s full band at work. There’s a reason it’s a formula that hasn’t failed for over 30 years. But only the true masters of their craft can leave the elements they have come to be known for behind on the cutting room floor and come away with something even more powerful.

During a cover of Bob Marley’s “Waiting in Vain”, Prince abruptly stood up, shed the dashiki covering his standard issue purple silk pajamas (complete with shoes that lit up yellow whenever he stomped a pedal), and turned the song into a blistering rendition of “If I Was Your Girlfriend”. Later, he opened his second encore by teasing “Diamonds and Pearls” before launching into “The Beautiful Ones”, kicking the piano bench over and dropping to his knees as he yelped, “Do you want me, because I want you!”

Prince’s initial set reached its end after about an hour, closing on “Kiss” from Under the Cherry Moon. He took some bows, then departed the stage on a lighted bicycle that he rode back into the safety of the Warriors’ locker room. He emerged to give an encore highlighted by the back-to-back triumphs of a significantly reworked take on the classic “Nothing Compares 2 U” and the transcendent “When Doves Cry”. Before the latter, he addressed the crowd, something that happened infrequently throughout the course of his show at Oracle.

“I said I wouldn’t do this,” said Prince, “but ya’ll are making me feel too good.”

After the song, he again departed by way of bicycle, only to return once more for a sing-along of “Free Urself”. He left to the crowd carrying the song. The psychedelic visuals broadcast on the jumbotrons cut to black. The house lights came up. No one left.

For close to 10 minutes, fans wondered whether they should leave, but the cheers pervaded, and to the jubilation of all who had stayed, Prince once again took the stage, this time in gold pajamas and a new pair of kicks that lit up red. The third encore was a stunner, including the rarely heard “It” from Sign o’ the Times, “I Wanna Be Your Lover” off Prince, and a final closer of his hymn to love, “Adore”.

As if the night could get any better, every fan was handed a CD of Prince’s latest album, HITNRUN PHASE TWO, as they exited the venue, a tactic he employed at his Australia and New Zealand “Microphone and a Piano” shows and one that stretches back to his time touring Musicology. It served as a final encore of sorts and a lovely gesture from an artist who clearly still feels a very deep connection to his fans.

During “Free Urself”, Prince took the liberty of altering his lyrics, singing: “Take your place in history — I know Steph Curry has.” It’s true. There are few players that have ever done something like what Curry has accomplished on a basketball court in the past few seasons. There are no artists, alive or dead, who will ever accomplish precisely what Prince has done in a 30-year career that shows no signs of stopping. He is a singular entity, an enigma, and a legend.

When the Warriors take their shot at history on Monday night, they can rest assured there will be no asterisk: Prince kept their home win streak at Oracle intact.

Setlist:
Somewhere Over the Rainbow/Somewhere Here on Earth
Baltimore
Rocknroll Loveaffair
Breakdown
Little Red Corvette
Dirty Mind
I Could Never Take the Place of Your Man
The Ballad of Dorothy Parker/ 4
Controversy
I Would Die 4 U/Baby, I’m a Star
Purple Music
Dear Mr. Man
Cream
Waiting in Vain/If I Was Your Girlfriend
How Come U Don’t Call Me Anymore
Raspberry Beret
Starfish and Coffee
Paisley Park
Sometimes It Snows in April
Purple Rain
Black Sweat
Kiss
Encore:
Diamonds and Pearls/The Beautiful Ones
A Place in Heaven
Venus de Milo
Condition of the Heart/Under the Cherry Moon
Nothing Compares 2 U
When Doves Cry
Encore 2:
Free Urself
Encore 3:
Thieves in the Temple
It
I Wanna Be Your Lover
Do Me, Baby
Adore