Panorama will “celebrate New York City’s position as both a capital of entertainment and hub of innovative technology,” according to a press release. In addition to the aforementioned performances, the festival will feature food options curated by Eater and New York City food expert Robert Sietsema to reflect “the rich culinary offerings of all five boroughs.” Additionally, The Verge will create an interactive, experimental installation called Future Lab, “showcasing new technology in unconventional ways.”

Three-day ($369) and VIP ($769) passes go on sale Friday, March 4th at 12:00 p.m. EST. Each ticket includes free admission to the Queens Museum to view the Panorama exhibit, of which the festival is named after. 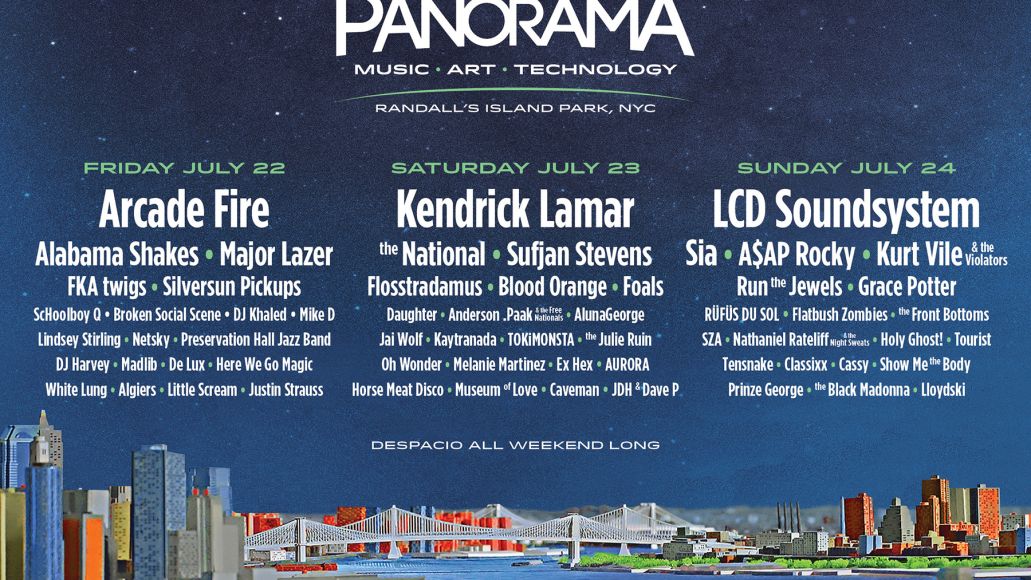