The concept is simple. Philips Hue takes an up-and-coming band and a charming, intimate space and allows the combination to foster something electric. Something magical.

Of course, it isn’t just the band, in this case Los Angeles-based indie pop outfit Saint Motel, or the location, a downtown LA loft space, that make Philips Hue Living Light Sessions special. As the name suggests, it’s the lighting that provides the vibe for the performance, allowing a great band and a great location to reach their full potential and provide the sort of party that only seems possible in the movies.

By the time Saint Motel is soundchecking in the apartment, the folks at Philips Hue have already decked the location out with their product. That isn’t to say it looks like a set, but rather that the lighting that Philips Hue has created is at home in any apartment space. 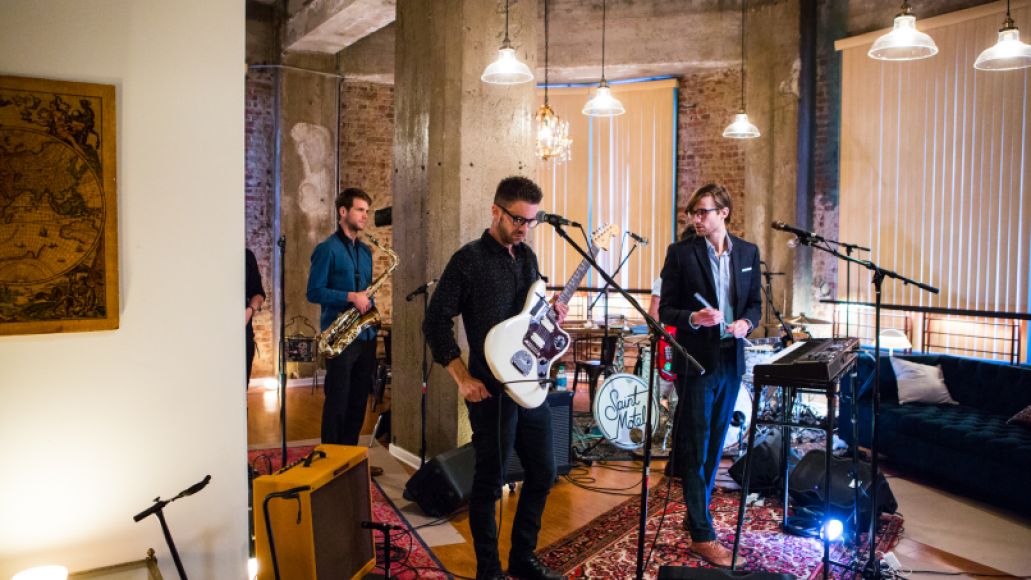 There’s the Philips Hue Go, a half-sphere portable light that fits comfortably on any shelf or table. There are no cables or plugs attached to the light, and really you wouldn’t notice it if not for its ability to change color and power to suit the mood.

In the overhead light fixtures, they’ve employed the Philips Hue white and color ambiance starter kit, with bulbs that work like standard lights, only with the ability to be so much more. The Philips Bridge controls the fleet of overhead lights, syncing the scene with music or any other planned entertainment, able to shift from cozy and relaxed to a lively party on a dime.

As Saint Motel’s leader A/J Jackson sets up his keyboard, the details start taking shape, and a Philips Hue LightStrip Plus is attached to the front of his instrument, sealing the deal on what could have been a standard-looking event without the help of Philips Hue. In their hands, the session now looks as brilliant as it sounds. 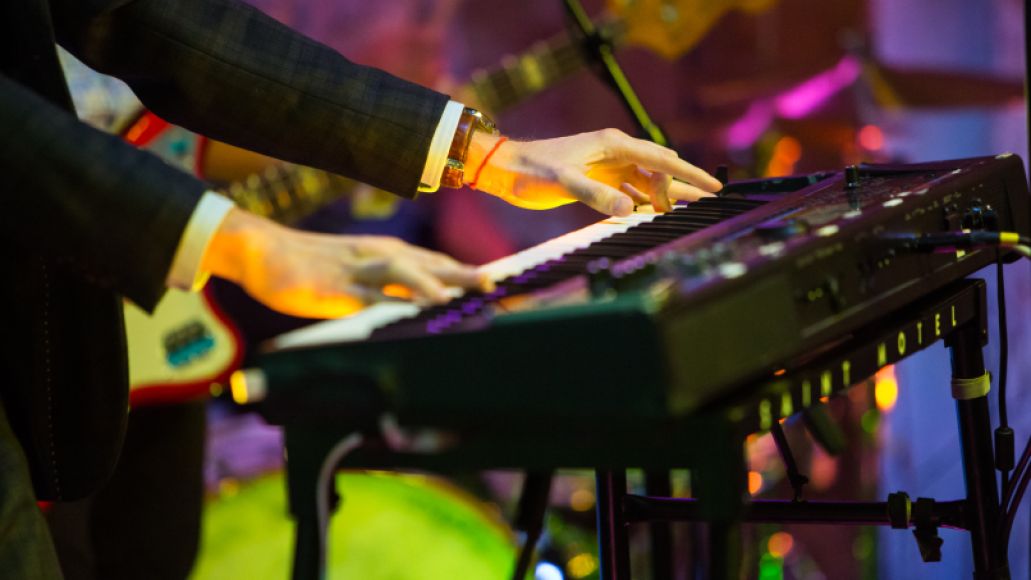 The importance of visual aesthetics is not lost on the band. Saint Motel packs into the apartment’s bedroom after soundcheck, mingling with the homeowners and signing a few autographs. It is hardly the first time they’ve played in a private residence.

“We played a lot of house parties starting out,” Jackson recalls. “One of the first shows we ever played as a band was at UCLA at Jim Morrison’s old apartment. We’d have to lug our equipment up three flights of stairs just to play. It was fun.”

But the difference in those days is clear. “A lot of [cheap] lamps at those old places,” drummer Greg Irwin chimes in, with Jackson adding, “It’s hard to get in the mood at a house party when there’s only a few old fluorescents lighting the place.” 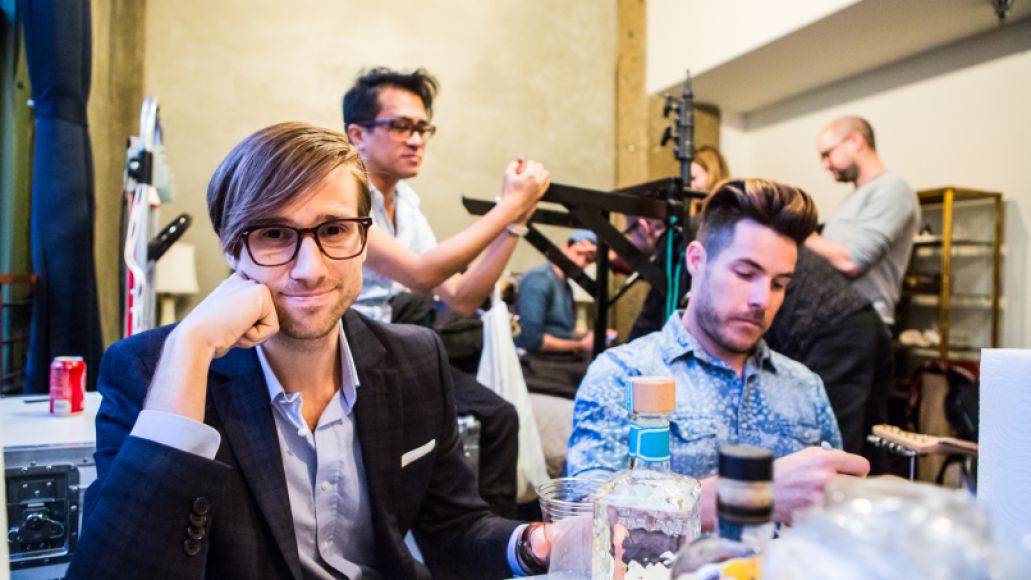 Jackson describes that the early days of Saint Motel actually would involve the band bringing their own lights with them to performances, their personal lamps being superior to the lighting in place at house shows or small bars. And that was only the beginning of their experimentation to provide interesting lighting to their performances.

“One of my failed experiments was wrapping Christmas lights around my body,” Jackson remembers, with Irwin joking that the move was almost the end of the band. The truth hovering around this conversation is that the lights from Philips Hue could have greatly helped the band during its infancy. For a modest price, the band could have controlled their own portable lighting wherever they went, without having to risk their lives or skimp on their aesthetics.

And Philips Hue isn’t just for live performances. By downloading an easy to use app, anything from a playlist at a party to a quiet evening with a loved one can breathe a whole new life.

Soon it is time to put the lights to the test. Saint Motel return to their instruments to ask the small gathering what song they want to hear. But the band knows what they want to hear and open with Jackson tapping the playful keys of “Cold Cold Man”. The rest of the band joins in, complete with brass backing that imbues the bouncy tune with life. It’s a lively song made all the better by the views of downtown LA and the lighting that Philips Hue provides. Soft white becomes blue and purple and pink, shifting to the song and giving a vibe to what would have been a standard apartment, allowing music and light to combine for the essence of chill.

This is Philips Hue Living Light Sessions with Saint Motel, but this could just as easily be your apartment, too.