Prince’s ongoing Piano & A Microphone Tour is yet another reminder of his musical greatness — as well as his staunch opposition toward fan recordings of his performances. Virtually all footage from these concerts, including brief 15-second Instagram clips, have been taken down, drawing the ire of fans whose cities have been omitted from the tour’s itinerary or who are simply unable to secure tickets to shows that typically sell out within seconds.

This morning, Prince responded in a series of since-deleted tweets. “Since YouTube doesn’t pay equitable licensing fees, isn’t that a nonsensical question?” Prince wrote. “Shouldn’t ur concerns b directed at YouTube and not here?”

When one fan asked where they could watch footage from his 2006 Super Bowl performance, Prince responded “Paisley Park”, his home performance studio and venue in Chanhassen, Minnesota.

He also stressed that he “never” gets mad, but added that he’s “kinda bored tho.” He then tweeted a photo of Barney from the Andy Griffith Show. 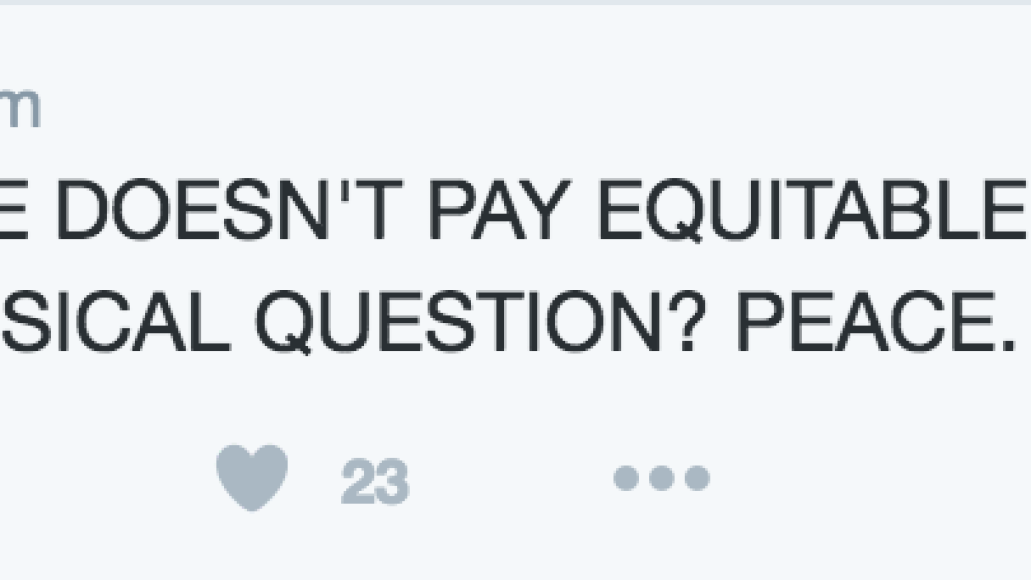 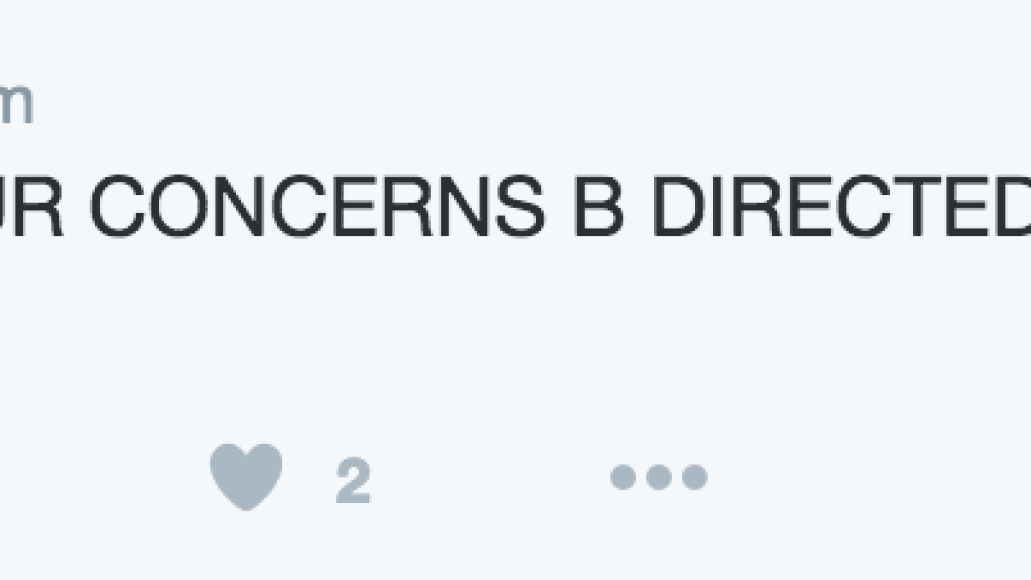 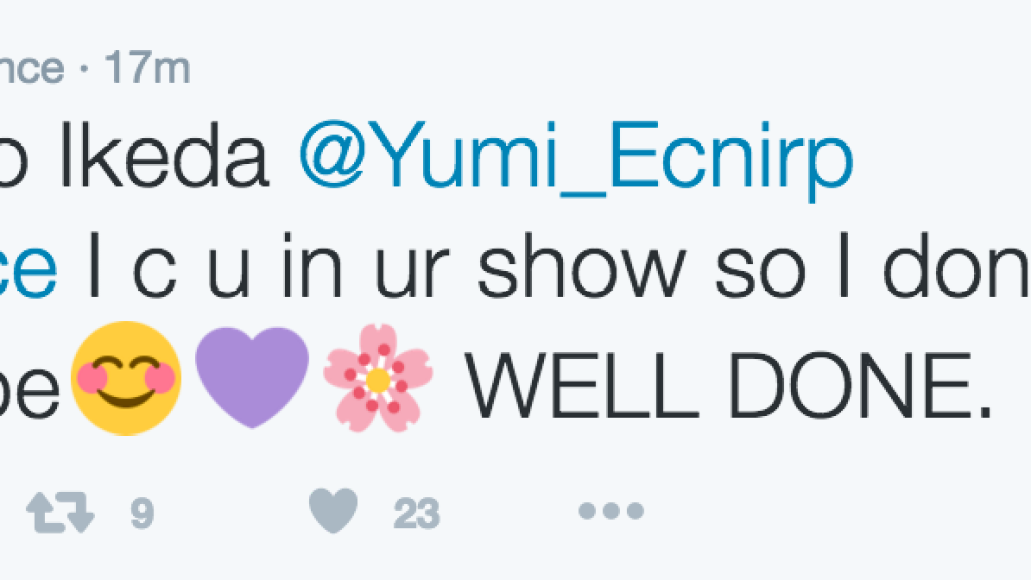 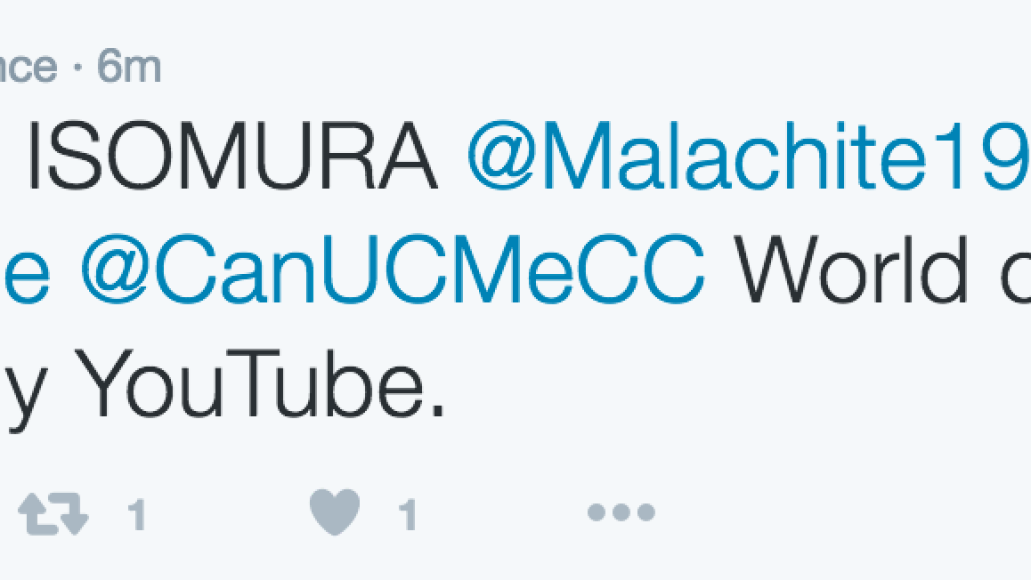 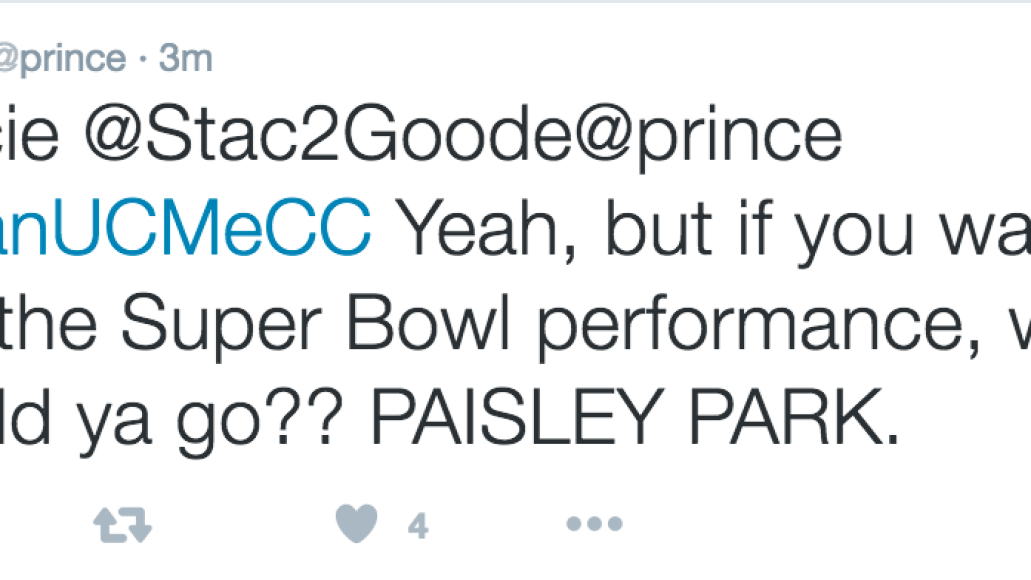 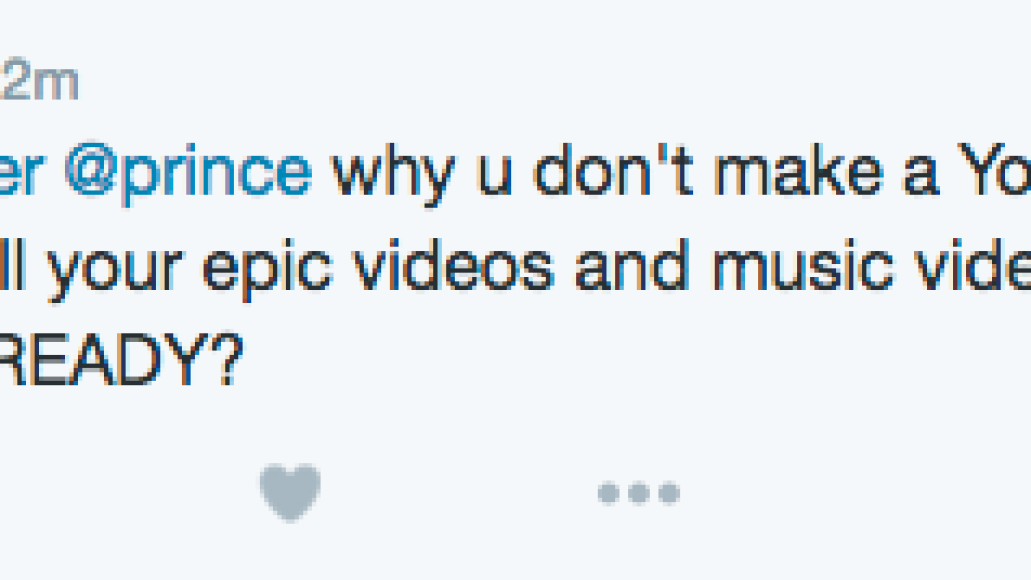 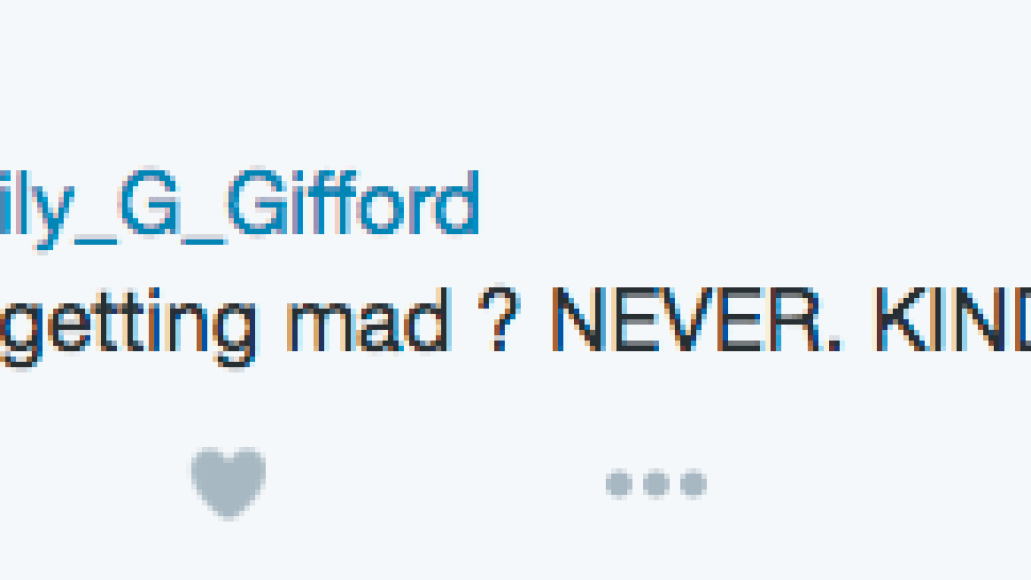 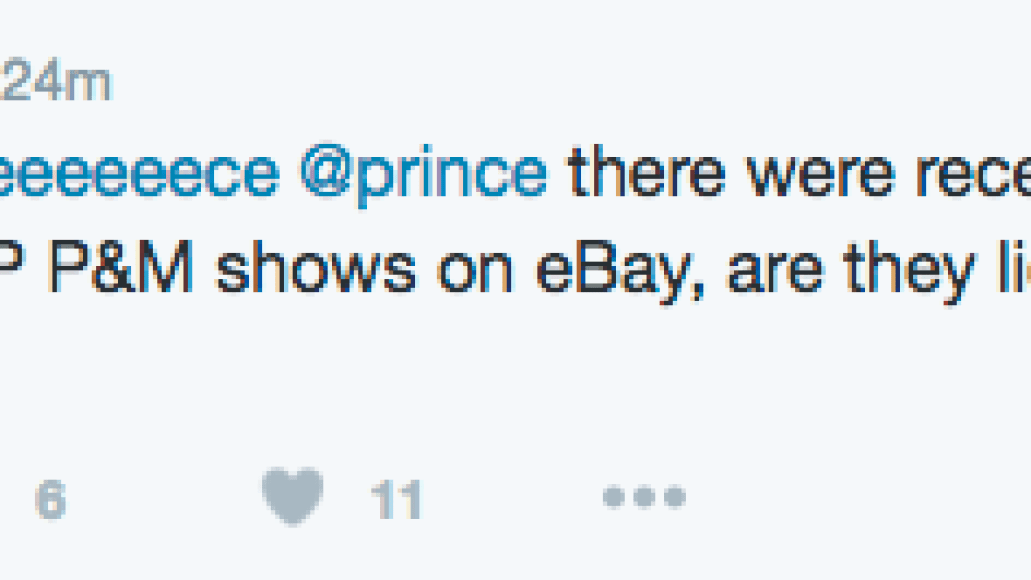 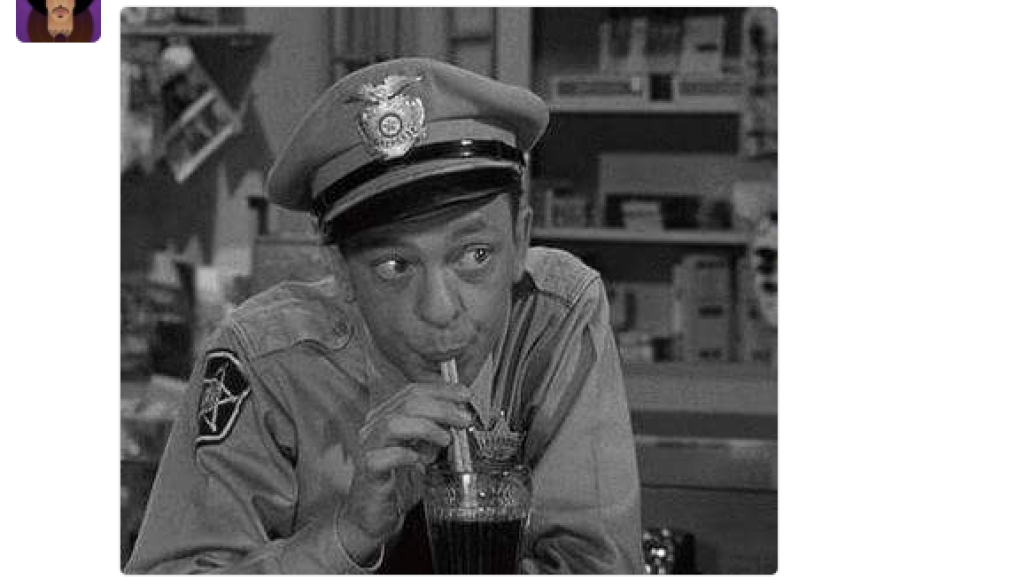 Update – Thursday, March 29th at 2:45 p.m. CT: Prince has announced the next stop of his Piano & A Microphone Tour. On April 7th, he’ll play two shows at the Fox Theatre in Atlanta. More info here.