After nearly nine years in existence, SoundCloud is still struggling to turn a profit. Add on the pressure from labels demanding the service monetize streams of their artists, and the company has had to alter its business model. After launching advertisements in 2014, the leader in free internet music streaming has now made the jump into the already crowded world of paid subscription services.

The company today has launched SoundCloud Go, a streaming service that, on the surface, isn’t terribly different from the handful of other options already available. SoundCloud Go is available for $9.99 a month ($12.99 if you sign up through the iTunes Store), after a 30 day free trial, offering subscribers access to 125 million songs from over 12 million musicians. You’re able to download songs for offline listening, create your own playlists, and stream automated radio stations.

All the free features — the ability to upload and share your own music, discover new artists, and share everything from demos to podcasts — remain a part of SoundCloud’s regular website. However, the Go service offers an expanded catalog culled from major and independent labels as part of deals with the likes of Merlin, Sony Music Entertainment, Universal Music Group and Warner Music Group. 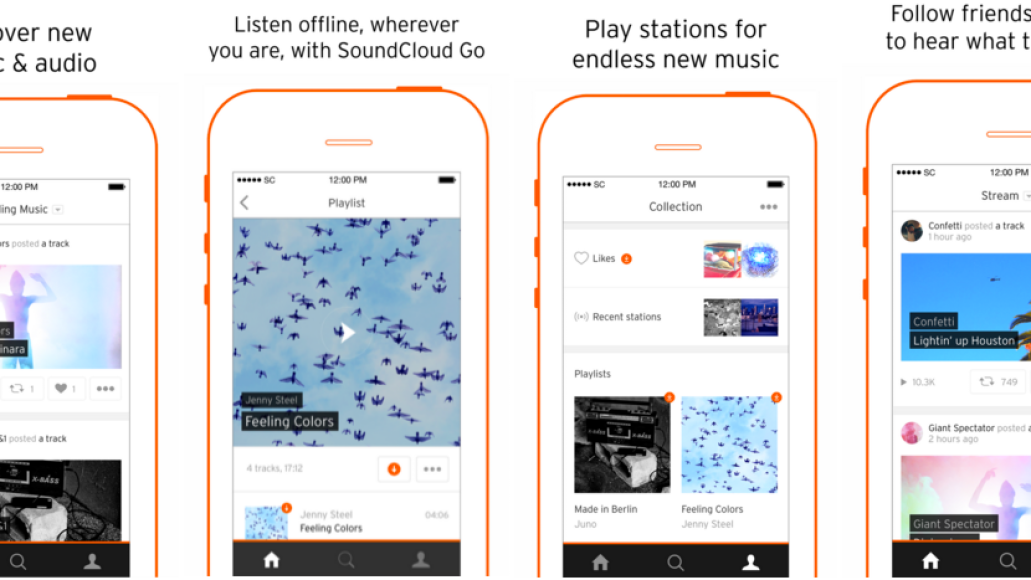 As a review on The Verge notes, that expanded catalog still falls short of services like Apple Music and Spotify. While SoundCloud Go boasts 125 million songs, 110 million of those are already available on the free service. Most streaming services claim something around 30 million songs on their paid services, meaning SoundCloud Go has approximately half of that. It also might be challenging to track down the original artist track amidst what could be dozens of free remixes uploaded to SoundCloud.

What’s more, the concept of an album is apparently absent from SoundCloud Go. “There’s actually no such thing as an album inside SoundCloud Go,” The Verge’ Jacob Kastrenakes wrote. “When I searched for The Strokes’ Room on Fire, I got 404 songs with ‘fire’ in the title rather than the 11 tracks that make up the album.”

That challenge in searching for specific tracks or full albums may actually not bother SoundCloud all that much. Their service has always been more about discovery than anything else, so features like the automated radio, where you can start a station from a song you already love and potentially discover new music you’d never have heard otherwise, might be more their point of pride. “We have what they expect,” SoundCloud CEO Alex Ljung told The Verge. “I think what’s really cool is this ability to show them something that they may not know already. I think all people like that.”