Kevin Devine has been living his life at 45 RPM for the past year, so why should this afternoon be any different? When the Brooklyn-born singer-songwriter picks up my call, he’s fresh out of a meeting and barrelling down a noisy sidewalk in Manhattan, searching for a quietish space where he can post up and talk about the project that has taken up most of his headspace since early 2015.

Devine announced his Devinyl Splits series last January, laying out a year-long timeline for a six-part split series that would feature artists such as Matthew Caws of Nada Surf, Meredith Graves of Perfect Pussy, and Jesse Lacey of Brand New. The idea’s simplicity belies the ambition it took to pull off. Taken individually, each of the Devinyl splits is a modest affair: one song by Devine and one song by the guest of his choice. But the collected songs represent a full album’s worth of material, arriving barely more than a year after Devine released not one but two full-length LPs, 2013’s Bulldozer and Bubblegum. “I didn’t really want to put another record out,” he explains, wary of his own instinct to do too much. “But I wanted to work. I wanted to make something.”

When he finally ducks away from the avenue, words begin to pour out of Devine without much provocation. While struggling to get a full sentence in, I start to understand why the effusive redhead has a hard time coping with the downtime between records. Since his 2000 debut with Miracle of 86, the 36-year-old Devine has released a flurry of full-lengths, EPs, and live albums, showing off his talent not only for songwriting but for getting shit done. The Devinyl Splits represent his most delicate balancing act yet, finding him in the role of artist as well as curator. As is his style, he did most of the heavy lifting.

“I wanted the partner to have free range to present what was most interesting to them,” he explains. “That’s the ideal. Sometimes it’s going to be what’s easiest with their touring schedule, their recording schedule, their life schedule … but my hope was to present the idea of doing a split, then let the other artist tell me what excited them. I wanted to make it as free and easy for everybody as possible.” He sold the idea as a kind of passion project, fully aware that pressings would be limited to roughly 1,000 singles and that this wouldn’t be a big earner. 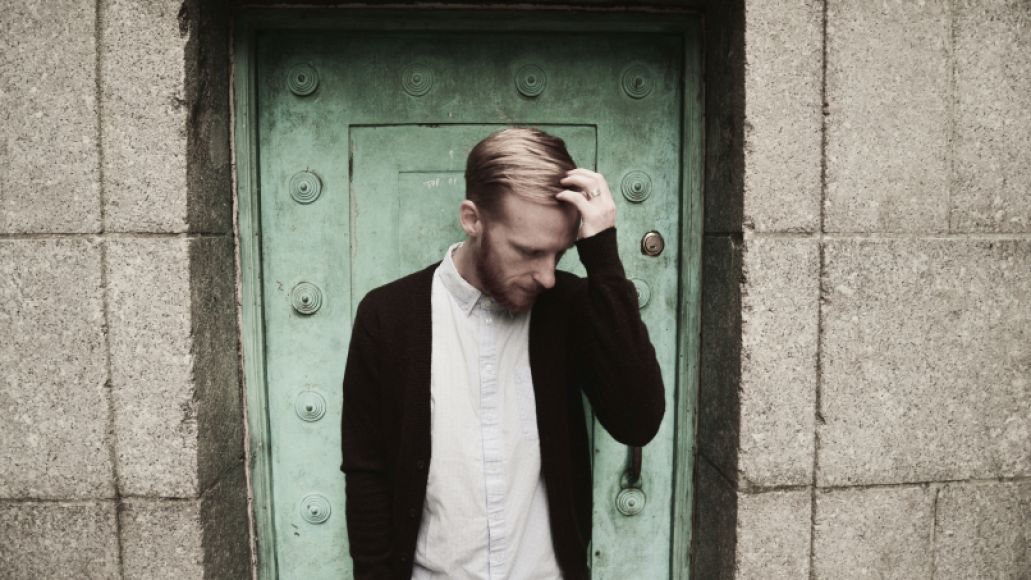 Looking down the lists of high-profile artists Devine convinced to participate in his project, you might notice something a bit strange: A lot of these folks sound nothing alike. It took a shape-shifting artist like Devine — someone who’s played on bills with both hardcore punk bands and “Starbucks singer-songwriter people” — to ensure that any of this made a lick of sense. “The whole point of this thing is to take potentially disparate points in my musical constellation and have them all hang out side by side,” he says. “I think we’re at a moment in quote-unquote ‘indie rock music’ where it’s as roomy a definition as it’s ever been. It’s not that weird for Perfect Pussy and Nada Surf to be connected through somebody. They’re not the same band in any way, but there’s more similar information in the DNA than you might think.”

Devine liked the idea of using himself as a conduit, a sort of connecting strain between disparate bands and disparate themes. “I feel like you could kind of pull a collection from my overall catalog that fits in any of those places,” he says, and he’s right. It’s one of his greatest assets as a musician, actually, this ability to not only infiltrate different scenes but to make them feel like part of the same bigger picture.

Though Devine’s final split 7-inch — with Brand New’s Jesse Lacey — is due out this week, the Devinyl Splits series officially wrapped up in December, with a series of concerts in Brooklyn, Philadelphia, and Cambridge featuring nearly all of the artists who appear in the series. For Devine, it was a time of celebration but also vindication. “Those shows … illustrated and indicated that these things can all play together if I’m standing in the room,” he says. “And I also suspect that they could all play together without me standing in the room, but maybe someone like me, who has that specific career experience, can illustrate that a little bit.”

Speaking of illustration, Devine humored my request to go through each of the six Devinyl splits one by one and highlight his most vivid memory from each:

On becoming friends with his hero, Matthew Caws (Devinyl Splits No. 1):

“Before we were friends, he’s a guy whose records I listened to. He’s been a close friend for like, seven years, but there’s still this part of my brain that’s like, Yeah, but he wrote ‘Inside of Love’. It’s like asking Elliott Smith to do a split single with you or something. There was a private thrill in hearing his cover for the first time, hearing his voice sing those words.”

On bonding with Meredith Graves over loss (Devinyl Splits No. 2):

“We had had these conversations about what we wanted to write about, and both of us had fairly recently had different iterations of big loss. We kind of talked about music as a way to hash that stuff out a little bit, or at least start the process of hashing that stuff out … Mike Skinner, who played drums in my band and produced records, was a very close, close friend who passed away a year and a half ago. That song [‘Gießen’] came from those conversations and from knowing the split was out there.”

On covering the most obvious Cure song with Tigers Jaw (Devinyl Splits No.3):

“The Cure is one of those bands I’ve been listening to with different degrees of obsessiveness for years. And ‘Lovesong’ I know is one of their biggest hits, but I didn’t worry a whole lot about that. That’s the first Cure song I fell in love with … It touched a feeling then that it still touches as an adult, but in a different way. You grow into the feeling, and then you feel it and don’t know why … It’s not a buoyant, joyful song. It’s a mournful song, but about endless love.”

On getting dirty with Cymbals Eat Guitars (Devinyl Splits No. 4):

“That Cymbals song [‘Aerobed’] might be my favorite song of theirs. I think there’s some really smart lyrical resolves in there, particularly in the last couplet. Jesse [Lacey] and Mike Sapone of Brand New produced it, and I like what they brought out. They do bombast cymbals, and they do really cinematic stuff, but this was a different gear from most of their stuff. I don’t think the two songs sound like each other — I think ours [‘Magic Magnet’] is a little peppier — but I think the teeth and the dirt and the grit is there.”

On trying to keep up with Mike Kinsella (Devinyl Splits No. 5):

“This was my first experience releasing music that I’d made in the back room of my apartment. I remember sending the song to Mike, and, because he’s such a good musician, you’re just always aware of that. And his response was super effusive about the fingerpicking and the blending of the nylon-strung and natural-strung guitar and an electric guitar with a capo and all these voicings. He said it was amazing. If I got the musicianship stamp of approval from Mike, that’s all I was looking for.”

On covering R.E.M. with Jesse Lacey (Devinyl Splits No. 6):

“I would cover [‘Imitation of Life’] at these little shows I played at the Wetlands, which is no longer here in New York. And I would do ecstasy with my friends, and there was some inevitable point in the night when you were handed the guitar to sing, and that was the song I remember singing. I have a vivid memory of being high with my friends in my old bedroom in my first apartment in Brooklyn, playing that song. I was sitting in a chair with my back to the desk while my friends were all on the bed. I have this picture in my brain of that moment. I don’t know. I just think it’s a pretty perfect song.”

Devine may not be done making memories with his Devinyl Splits project. By subtitling this first collection “Series One”, he’s left the door wide open for a second series. Which is all for the better, because he can name at least 10 people off the top of his head that he’d love to invite on board. As for now, he’s looking forward to releasing a new album in the fall and then diving headfirst into his next big project.

Considering how long this guy is willing to talk on the phone, it’s a wonder he ever gets anything done. Then again, some people just have a way of pouring all of themselves into everything they do, as if the alternative to 100% simply doesn’t compute. When people like Devine decide to pull others into their insane spheres of productivity — to drag them along on a mad dash to some unknowable finish line — the rest of us only stand to benefit.

Standing in a Crowded Room: Kevin Devine Reflects on His Devinyl Splits Series