Rising outfit Music Band may inhabit the same sweat-soaked, rowdy spaces as Infinity Cat label mates JEFF the Brotherhood and Diarrhea Planet, but they stand apart as their own rock and roll force to be reckoned with. The Nashville-based best buds — Harry Kagan (guitar), Lee Putney (drums), and Duncan Shea (bass) — make sure to drive this point home on debut album Wake Up Laughing, their first comprehensive introduction to the world beyond Music City.

“This album is a culmination of all the funny and sad and nice and cool things that have shaped our lives over the past two years,” Kagan explains to Consequence of Sound. “As our debut full-length, we wanted to make something that represents us as purely and honestly as possible: our personalities, our sound, our environment, the things that are important to us.”

He adds, “The realm of music is so overstimulating that it can sometimes be hard to set aside pretensions and expectations and just make the music you want to make, but the truth is out there, and we hope it shines through blindingly.”

When it comes to rolling out high-octane rock anthems, it’s clear that Music Band are devoted to showing the truth inside them — they’re undeterred, working with purpose and grit. Perhaps most importantly, they exude a shameless rawness that not only makes Wake Up Laughing singles “Day Stealer” and “Fortune Guns” stick to the skin long after they’ve ended, but also signals to fans that they’re beholding the real deal — there are no gimmicks to be found in Music Band Land. (For further proof, check out Kagan’s kickass live cover of AC/DC’s “Thunderstuck”.)

“I’ll tell you what Music Band isn’t. Music Band is not a group of sour-faced millennial cry babies wearing fedoras and Beatle boots, trudging through their live performances, looking like they can’t wait to get off stage and hit their vape pens,” reads a cheeky press release that nails the trio’s spirit of diligent yet fun sense of self-awareness.

Stream the entirety of Wake Up Laughing below. 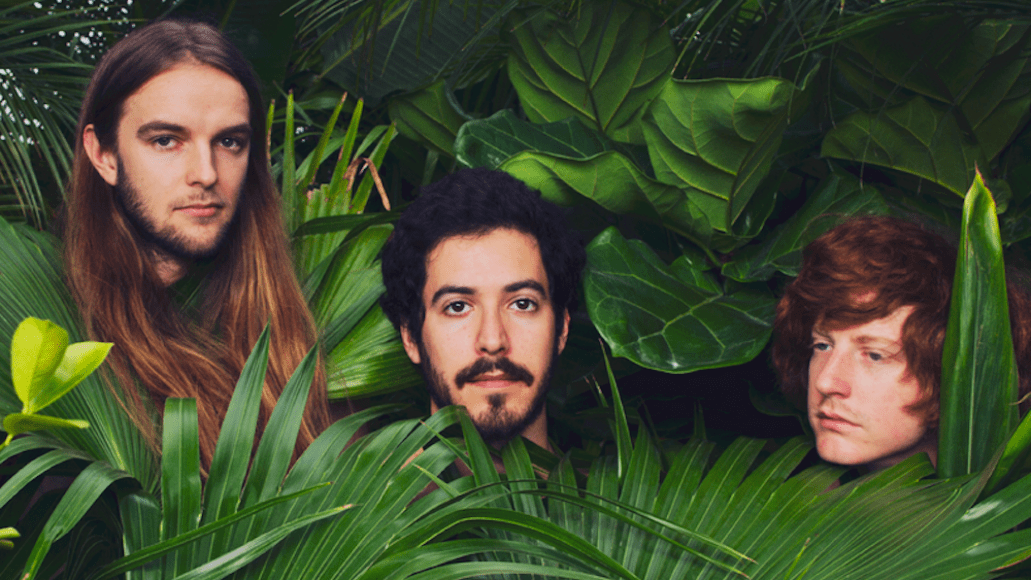 In support, they’ll tour the US with Diarrhea Planet.