Bookmark and follow our exclusive coverage of the South by Southwest Film Festival 2016.

(Note: The cut of Sausage Party we screened at SXSW was dubbed a “work in progress,” and is definitely not the version that comes out in wide release on August 12th. Accordingly, while we’ll be talking about what worked and didn’t with the film, we’ll be withholding our formal review and letter grade until that time.)

“It’s not fucking done yet,” Seth Rogen warned the at-capacity crowd Monday night at Austin’s signature Paramount Theatre. He wasn’t kidding: The cut we saw of Sausage Party, the long gestating, hard-R, computer-animated magnum opus by Rogen and partner-in-crime Evan Goldberg, is far from complete, missing complete sections of animation and sometimes even resorting to elaborate storyboards. Still, the majority of the film was in decent enough shape to squeak on by without being too obtrusive or confusing, and what we saw is something that’s going to break the Internet come August.

Here’s the story: Sausage Party personifies the food and merchandise of a normal American grocery store. It’s the Fourth of July — or rather, “Red, White, and Blue Day” — and every item’s thrilled because it means that more and more shoppers will come in to pick up goods for the holiday’s festivities. What they don’t know, however, is what happens outside of that store, which they’ve dubbed “The Great Beyond.” For generations, they’ve been swindled into thinking that the consumers are gods, who will take them to Valhalla, when in reality, they’re going to rip them to pieces and eat, eat, eat.

When a customer brings back a jar of honey mustard, said condiment returns to the aisles as a raving Churchill, trying to explain the realities that await every one of his shelf mates. Nobody believes him, of course, and so they all still celebrate and revel in joy when customers toss them into their carts. Two such characters are a hot dog link named Frank (Rogen) and his bun lover Brenda (Kristen Wiig), who are elated since they’ll finally come together. Things go off-course, however, when their cart crashes into another, sending them flying to the floor, and that’s when their adventure begins.

Like any Pixar film, the thrill and joy to Sausage Party is seeing how Rogen, Goldberg, and co. personify this bizarre underworld of lifeless objects. Some of it’s pretty clever, especially how they turn the entire perversion into an existential parable about the meaning of life and the corruption of religion, while some of it is a tad irritating, like how “fuck” becomes a verbal comma. It’s funny: on Saturday night, Jake Gyllenhaal schooled a foul-mouthed teenager in Demolition on how to use “fuck” appropriately, concluding that overusing the word lessens its impact. Every perishable here could take that lesson to heart.

Still, the middle school dialect takes a backseat to the ingenuity on hand. It’s quite clear that the masterminds behind Sausage Party really thought this one out, examining this world long enough to have the most fun in it. Much of this creativity peaks during sequences that outline the stakes at hand, such as a hilarious parody of Saving Private Ryan‘s Normandy opening, or when a suburban kitchen turns into a brutal killing room floor. How each piece of food reacts to these situations and how aggressively violent the action turns is a brilliant marriage that will spill popcorn in the aisles every time.

Yet despite all this chaos, the most polarizing facet of Sausage Party will undoubtedly be how the film capitalizes on cultural stereotypes. As Frank and Brenda make their way through the store, they meet several different kinds of food, and as such, they all have varying backgrounds that will spawn dozens of vitriolic thinkpieces. For example, Edward Norton plays the Woody Allen-sounding Sammy Bagel Jr., while David Krumholtz plays his counterpart, a pita named Vash who dreams of an afterlife filled with 70,000 bottles of virgin olive oil, and the two argue over their shared space in the aisle. Get it?

Later, Salma Hayek shows up as a Mexican lesbian named Teresa Taco, who helps Frank and Brenda on their quest. Behind them? Nick Kroll pursues as a broken, roided-up douche who juices on the meek, which replenishes his cracked base. It’s childish stuff, but flagrant enough to easily offend, and it will be interesting to see how audiences react when it finally hits the general population. At the same time, Rogen and Goldberg don’t exactly leave anyone out, so it’s more or less a vacuum of stereotypes coalescing. Also, it’s a film about hyper-sexualized grocery store items, so…

As expected, Sausage Party goes from 0-1,500 mph by the film’s end, turning into a filthy fuck fest that not even Matt Stone and Trey Parker would put to screen. It’s excessive and over-the-top, but by then, you’re basically just tossing your hands up and rolling with it. That’s sort of the allure of this production, and why it’s difficult to really be too put off by anything inside. It’s way too stupid and innocuous to demand any sort of rage, and in a way, the film is totally aware of that. Which is why Sausage Party goes to great and asinine lengths to do whatever it can with the medium — and it does.

After all, have you ever seen a bagel toss a pita’s salad? Exactly. 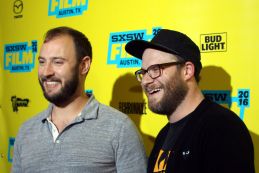 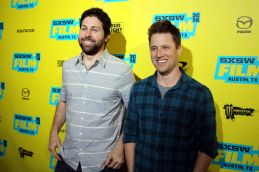 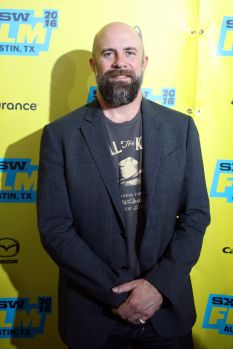 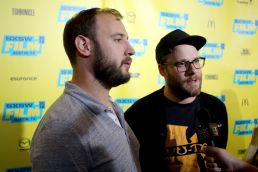 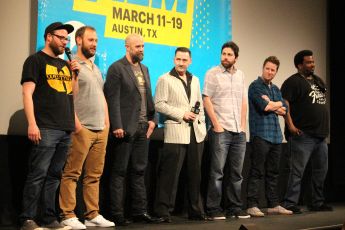 Cast and Crew of Sausage Party // Photo by Heather Kaplan 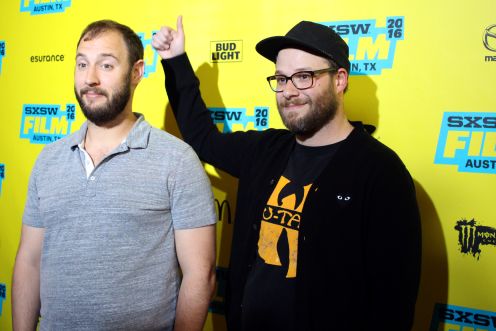