Bookmark and follow our exclusive coverage of the South by Southwest Film Festival 2016.

Back in May 2010, one of rock ‘n’ roll’s most vibrant landmarks closed its doors for good: Butch Vig and Steve Marker’s world-renowned Smart Studios. For nearly three decades, the blink-and-you’ll-miss-it Midwestern recording studio kept Madison, Wisconsin warm with an influx of the music industry’s loudest and liveliest talent. It’s where The Smashing Pumpkins found their sound, it’s where Nirvana recorded Nevermind, and it’s where Garbage basically conceived of their entire discography. But those are only the brightest bookmarks in the studio’s wrinkly pile of rich chapters, and that’s the appeal of filmmaker Wendy Schneider’s Kickstarter-funded documentary, The Smart Studios Story.

Featuring a veritable who’s who of Alternative Rock 101 — so, Billy Corgan, Dave Grohl, Shirley Manson, Donita Sparks, Jimmy Chamberlin, Doug Erikson, Tom Hazelmyer, and many, many more (in addition to Vig and Marker, obviously) — Schneider attempts to trace the roots of that movement back to not only Smart Studios but the Midwest in general. At an all-too-lean 90 minutes, she doesn’t give herself much time to do the job to the fullest, but it’s still an enjoyable and enlightening watch. Chock full of never-before-seen archival footage, squiggly animations, chummy anecdotes, and enthusiastic interviews, the scrappy rock doc that could is a “little piece of heaven” for nostalgic fans everywhere.

It’s also a breezy music lesson, one where you’ll learn about the cultish acts that gave the studio a start, names like Spooner, The Singing Irishman, Tar Babies, Ivory Library, and Killdozer. Listening to Vig and Marker reminisce about their salad days is a delight — “Steve and I were possibly the stupidest businessmen to walk the planet” — and Schneider does a fine job bringing their stories to life with VHS footage from that era, most of which takes us around the city, from the cozy neighborhoods to the raucous live shows. The amount of media in this film is commendable, and Schneider cleverly matches the vintage footage by lensing the newer interviews in a similar fashion — a smart move. 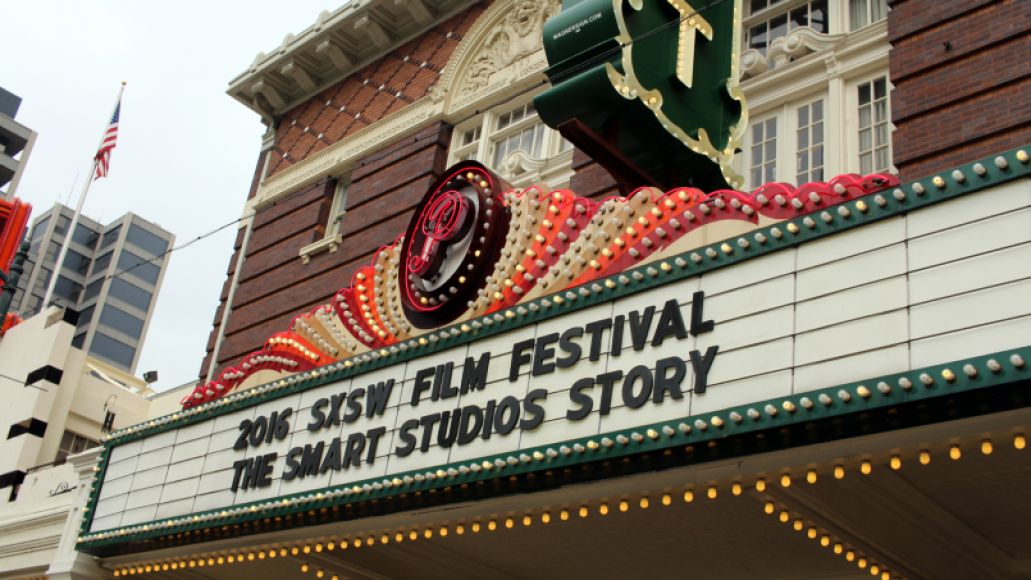 In a way, the entire story of Smart Studios follows a similar trajectory to any band that finds success: Vig and Marker came up with the idea over a few pitchers of beer, scrounged up the dough to get a space, kept things relatively DIY for years, found a better space, struck gold with a few hits, enjoyed the riches for a while, and eventually became too big for themselves by the end. That’s a more than capable narrative, which is why Schneider doesn’t struggle much to tell the story, especially when her own talking heads steer it in all the right directions. For instance, Corgan’s transparency tends to add some loss, particularly when he addresses the studio’s upgrades: “It felt very opposite of the place I grew up in.”

The last act is where The Smart Studios Story could use some tinkering. Once Manson appears and the Garbage era begins, the story of the studio takes backseat to Vig’s role as a producer/musician, and the focus turns shaky fast. In a sudden twist, we go from the late ’90s to the last intern shoveling snow and doing daily chores before the studio closes its doors, glossing over a decade’s worth of music. Which is unfortunate since a number of landmarks albums were recorded there in the aughts — from Death Cab for Cutie’s Plans to Sparklehorse’s final album, Dreamt for Light Years in the Belly of a Mountain. If anything, it would have further clarified why the studio had to shut its doors.

Instead, the documentary sputters to an end, leaving Chamberlin to explain how the era had moved on and how Smart Studios “was never meant to be a museum.” That’s a nice assessment, but doesn’t really address the financial struggles or grasp the industry’s changing of the guard, from studios to bedrooms. “Even when the music industry was healthy, it wasn’t the easiest business in the world,” chief engineer Mike Zirkel explained at the time of its closing, “but it’s become increasingly difficult. At a certain point, you realize you can’t pull it off anymore.” We don’t ever get that sobering moment in The Smart Studios Story, but then again, maybe we don’t need it. Just check the receipt of your last album.