So many rappers view their musical careers as a means of getting out of their harsh environment, of escaping a life filled with drugs, violence, and, most of all, fear. Kendrick Lamar is no different. But upon achieving astronomical levels of commercial and critical success with his albums good kid, m.A.A.d City and To Pimp a Butterfly, he had no intentions of leaving his hometown of Compton behind. “Wherever I go, that’s where the city is going, too,” he tells correspondent Zach Goldbaum in NOISEY Bompton, the first installment in the VICELAND network’s ongoing documentary series, NOISEY.

Directed by VICE executive producer and series creator Andy Capper, the 45-minute episode stays true to the show’s mission of exploring the most interesting music scenes around the world, then reflecting on and reacting to the socio-political issues within the cultures that produce them. In Lamar’s case, that means returning to his old (and often current) stomping grounds to show Goldbaum the duality of hip-hop success and hood life, which Lamar probably wouldn’t consider a duality at all. Rather, it’s a singularity, this idea that he and his birthplace are forever bonded, despite still being plagued by cyclical oppression and gang violence that very much go against his own ideals.

That’s what’s so striking about Bompton. While relaxing in a backyard strewn with workout equipment, surrounded by a crew of friends who also happen to be members of the West Piru street gang (a.k.a. the Bloods, thus the replacement of “C” with “B” in the city’s nickname), Lamar tells Goldbaum that he wishes his loved ones were able to change their lifestyles. But he never chastises them, never gets self-righteous on them, never tries to force his own choices on them.

“He was a good dude, a humble dude,” says Lamar’s childhood friend Lil L as he escorts Goldbaum through a back alley scrawled with gang graffiti, the barks of chained-up guard dogs echoing in the distance. A member of the Bloods and an aspiring rapper himself, Lil L recently did a stint in county jail, a path he hopes to steer clear of in the future. When he takes Goldbaum to his grandmother’s house later on for some mouthwatering gumbo, he doesn’t fit most of America’s typical idea of a criminal. They laugh, they pray, they tell stories. This could be anyone’s home.

And that’s largely the point of Bompton — not to justify or excuse criminal activity, but to explain how there’s a never-ending cycle of financial pummeling and institutionalized racism that can shatter the dreams of its citizens. Throughout interviews with various pastors, city officials, and former teachers of Lamar, it becomes clear that drugs aren’t just a way for young people to get high; they’re a form of self-medicating, a way to deal with the specter of death that always looms over them. Certain people sort through this via music, as Lamar did with YG on “Really Be (Smokin N Drinkin)”, where he confesses being tempted by substance abuse after the death of three of his closest friends. For some, the art is a beneficial byproduct of the pain, rigorously massaged into a successful rap career, or perhaps an internet radio show, as represented by an unnamed 14-year-old in Bompton who features many of the upcoming rappers in the Bloods on his program. 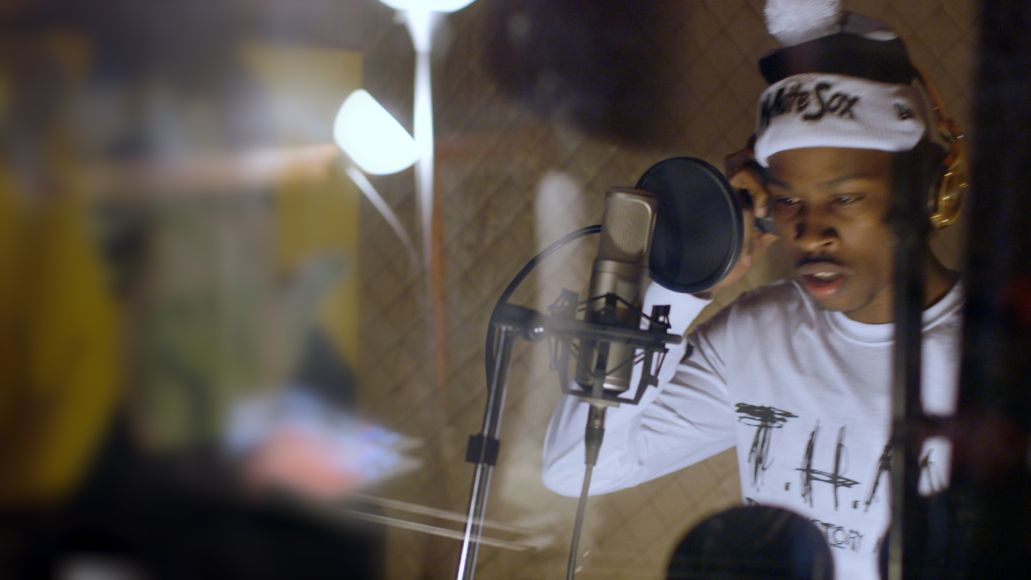 Then again, some of the real-life figures in the documentary go down darker paths, even as they try to better themselves. That’s what happens to Hitta J3, another rapper and friend of Lamar’s (featured prominently on the front cover of Butterfly) who gets arrested shortly after the VICE crew finishes filming. And this comes after gaining a healthy following in Compton, not to mention an on-air endorsement from Snoop himself. As Bompton reminds America, yes, it’s possible to be creative yet chained to your upbringing. In that way, Hitta J3 and Lamar aren’t that much different. Both men are musicians. Both men dream of a better life for themselves. Both men value the place where they grew up. One of them just happened to succumb to certain temptations — make that coping mechanisms — and the other didn’t. It could have easily been the other way around.

Above all else, Bompton wants to remind us not to write off Compton’s citizens as mere gangbangers or thugs and instead simply respect them as people. Yes, we see some of the Bloods getting rowdy at strip clubs, doing tear-ass doughnuts in a parking lot, showing off weapons, and consuming copious amounts of weed, Xanax, Percocet, and lean. But we also see a loyalty among them and an intense devotion to their families. We see one of them open a soul food catering company with a Crip. And we see others fight tirelessly to avoid this lifestyle, producing beats and opening a recording studio in the back of a barber shop. 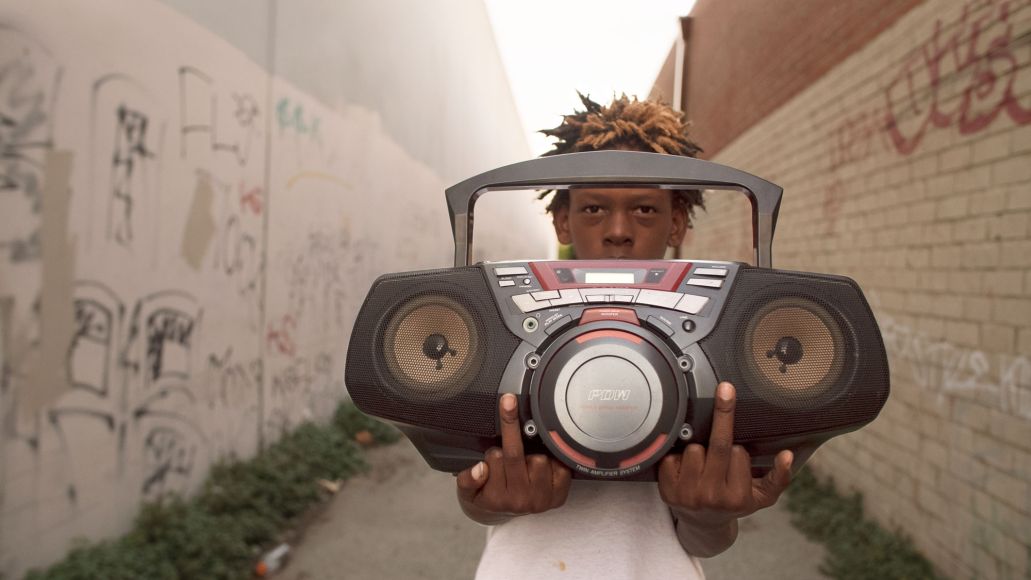 When watching Bompton, I couldn’t help but be reminded of many of Lamar’s videos — the slow-motion pans, the dancing in the streets, the mixture of morbidity and celebration. But it’s actually the other way around. Bompton isn’t imitating a music video; Lamar’s songs and stories are just an accurate depiction of where he’s from. As he tells Goldbaum at the end of the documentary, he takes the hood with him wherever he goes. That’s true of his friends and family, too.

NOISEY continues on the VICELAND network with a new episode every Tuesday at 10 p.m.