This article originally appeared in 2016. As the new Bill & Ted quickly approaches and Scott Pilgrim vs. the World celebrates its 10th anniversary, we thought we’d revisit this bit of fun.

Fake movie bands are a funny thing. All too often you spend a great amount of time watching this fictional outfit struggling and surviving together, and that conflict insists upon your own feelings of hope and admiration. Which makes you essentially a temporary fan of a collection of musicians who don’t actually exist, but who write music that’s technically real, only it’s rooted in a world that’s purely celluloid.

Yet this curious relationship has been a part of our culture for as long as music and film have been married together. The Jazz Singer? This is Spinal Tap? School of Rock? Hell, this month alone we’ve seen two more fictional acts added to that endless bill: The Ain’t Rights from Jeremy Saulnier’s punk rock thriller Green Room and Sing Street from John Carney’s coming-of-age musical of the same name. 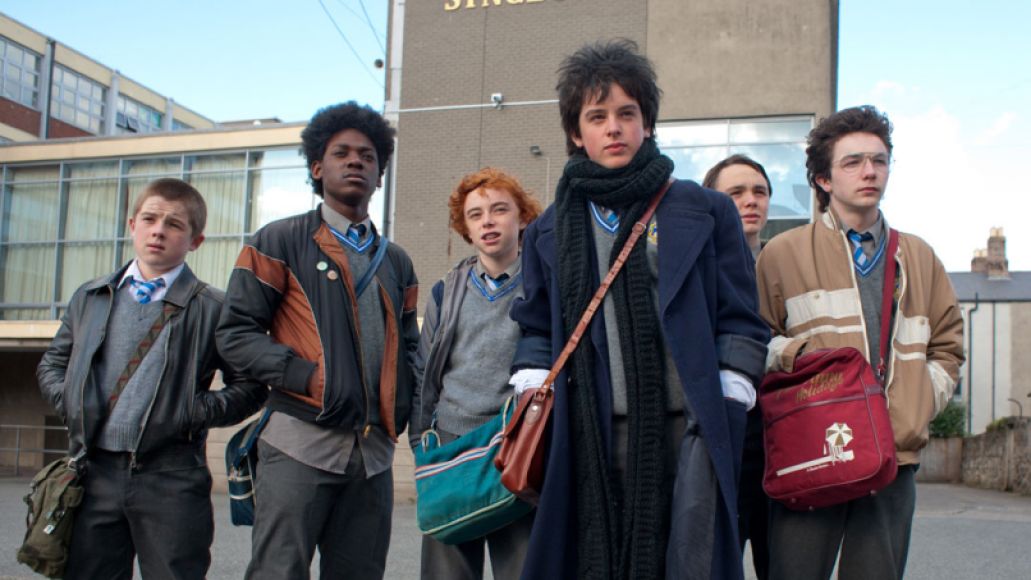 Both films feature original music by their respective bands, which only adds a surreal cinéma vérité to the proceedings. Granted, Sing Street singer-turned-actor Ferdia Walsh-Peelo and guitarist-turned-actor Mark McKenna have been performing the songs acoustically at various screenings, but it’s still a weird feeling obsessing over the soundtrack’s collection of ’80s new wave anthems knowing it’s fictional.

Which got us thinking, What if we could see our favorite fake bands live? How would that feel? What would the tour announcements even look like? Naturally, we reached for the closest pad of paper and started jotting down names from cinema past, specifically the outfits we’d want to steal from the silver screen and place on stage — sort of like in Last Action Hero or The Purple Rose of Cairo. 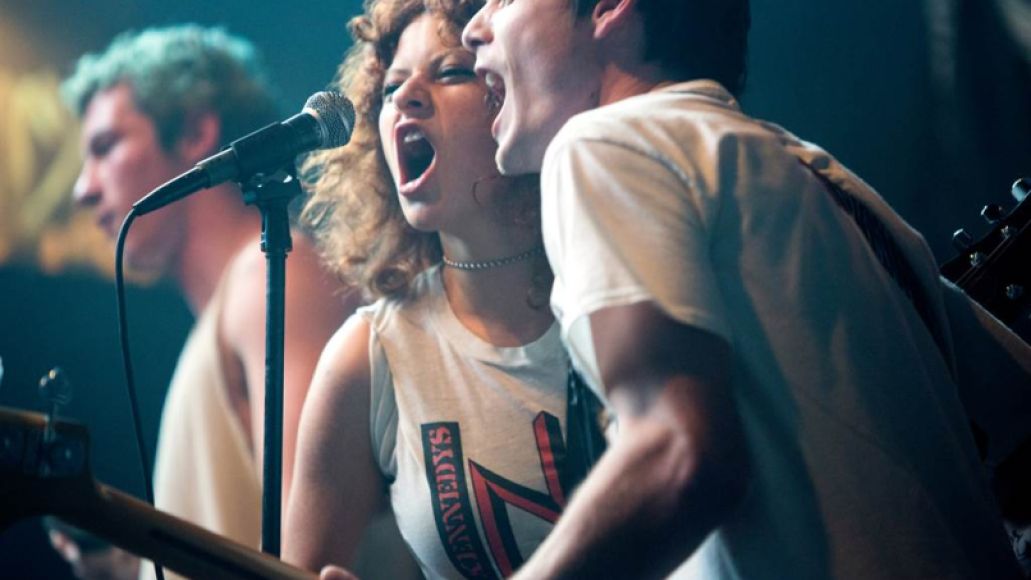 To go one further, we decided to excuse the fake movie bands that have actually toured or performed multiple times, which canceled out legendary acts like Spinal Tap, The Commitments, The School of Rock, and The Blues Brothers. We also stuck specifically to film and planet Earth; in other words, you won’t find The Beets, The Nasty Bits, or the Cantina Band from Star Wars. Rest assured, this left us plenty to choose from.